The highest of high fashion is set for continued growth despite macroeconomic bumps, with a noticeable return of Americans and continued enthusiasm from Asia and the Middle East. 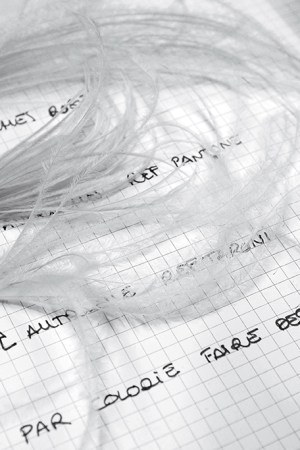 Like a well-lacquered updo fresh from the salon, couture is proving its resilience amidst a barrage of currency headwinds.

Fashion houses remain predictably optimistic ahead of the next high-fashion week in Paris, scheduled for July 5 to 9, and brushed off worries about the surging dollar, luxury downturn in China and weak ruble. “It’s not a joke: We are performing very well; we have double-digit growth,” says Bruno Pavlovsky, president of Chanel fashion, crediting a strong, “very wearable” spring 2015 collection by Karl Lagerfeld — and the brand’s globe-trotting runway shows and couture road shows — for the momentum. He added, “2015 will be a good year — probably our best year in haute couture.”

Their optimism partially stems from the unique nature of couture, a fashion form that caters to a handful of uberrich women whose fortunes are generally immune to the whims of the global economy or, as in the case of new markets like China, whose wealth is ballooning because of those whims.

Exchange rates have been a big headache for the luxury goods sector, prompting Chanel and others to harmonize price — but executives agree they aren’t even a subject in this rarefied air, noting couture is typically priced in euros. “The people we are talking to, they are traveling everywhere in the world and they’re used to this kind of fluctuation,” Pavlovsky says. “We’ve never had any customer not coming to couture because of exchange rates.”

Chanel has recorded a surge of Americans in its boutiques around the world this year, reflecting the appreciation of the dollar that makes foreign travel less expensive, Pavlovsky points out. By contrast, Russian clients are traveling less and spending more in Chanel’s Moscow boutiques.

Yet the French house synonymous with tweed and pearls has so far this year recorded no dip in Russian couture purchases, suggesting that, “it’s difficult to link the spending in haute couture with the global situation,” Pavlovsky says.

“Couture is not correlated with economic crises,” Toledano agrees, also citing no drop in Russian appetite for couture. “Couture is not a market sensitive to price. They’re looking for quality, for something unique, for innovation and for creativity.”

“Of course, I’m very happy about this, because it means my style is going the right way,” the Italian designer says. “We’ve had positive reactions from the majority of customers faithful to the brand lately, and we can also count on the enthusiasm of some very important new customers: a great injection of confidence. Of course, social and economic movements can produce a sudden drop in business these days, but these are risks that cannot be calculated, that we must address when we come to them.”

Armani cites limited progress in Russia the past few seasons, given its economic woes and political isolation, “but our results are satisfactory nonetheless.” By contrast, he’s bullish on American clients as “this is a market that has always stayed true to me over the years,” plus emerging markets.

“The Far East and the Middle East are the areas with the most enthusiastic customers,” Armani says. “We are constantly focusing on new markets. Venezuela, Mexico and Brazil are very lively areas at the moment.”

Jean Paul Gaultier, who halted ready-to-wear collections last year to focus on high fashion, logged more than a 20 percent increase last season, while Bouchra Jarrar, among the smallest players in Paris with fewer than 10 clients, touted a 30 percent uptick.

“We are positive that we can continue with the growth,” says Sophie Waintraub, general manager at Gaultier. “Winter collections for us are always very embellished and rich and we expect even better results.”

Echoing Pavlovsky, she notes, “our Russian clients are very international and, for the moment, they have kept up their orders. We did an event in St. Petersburg in May, which had very positive results.”

Gaultier is slated to present a couture show in Kotor, Montenegro, this summer, and will be the guest of honor in October at the Dominican Republic’s Dominicana Moda, billed as the biggest fashion event in the Caribbean.

In addition to its usual European, American and Middle Eastern clientele, Gaultier has noted the arrival of Chinese “who seem to be very open-minded toward the haute couture craftsmanship.”

Waintraub credits the roving Gaultier retrospective exhibition, now on at the Grand Palais in Paris, for ramping up the house’s profile, which has spilled over into the couture business. “There was an increase in orders with new clients, and a return of some clients that we had not seen for a few seasons,” she says.

Toledano credits a rash of red-carpet credits during the recent awards season and the Cannes Film Festival, plus a series of roving fashion shows and exhibitions, for fanning interest in couture, and for burnishing the French brand’s image and desirability.

Recently in Seoul to christen the first House of Dior boutique in a building by architect Christian de Portzamparc, Toledano points out that window displays of couture dresses and a sprawling exhibition titled, “Esprit Dior,” showcased dozens of high-fashion looks from the founder’s debut 1947 collection through to creations by Raf Simons, the company’s current couturier.

“The best way to explain the brand is to show those couture dresses,” Toledano says. “Even for our staff, you could see the emotion in their eyes and the understanding. When we look at the femininity, the excellence, the emotion, the values of Dior — it’s all there in those dresses.

“I’m sure we’ll have Korean clients,” he adds.

“We’re not talking about 100 new customers. It’s a small number, but it’s a big number in terms of money,” he says. “Haute couture is a lot about being able to offer something unique to every single customer, and that’s a proposition that is working very well at the moment.”

Gian Giacomo Ferraris, ceo at Versace, says couture grew 50 percent compared with 2014 and is expected to account for around 1 percent of total sales this year. Versace recorded revenues for its total business of 550 million euros, or $731.5 million at average exchange rates, last year.

He says he feels “very positive about couture and we are holding two shows in July to accommodate the demand.” The Italian house cited a strong response from American customers, with Ferraris noting that more than half of customers are from North America.

By contrast, he concedes Russians “have almost disappeared,” but have been offset by customers from Europe and the Middle East.

“Couture remains a central asset for Versace, as a fashion luxury lifestyle company, in terms of innovation, experimentation, research of materials and shapes, and that trickles down to all the other divisions,” he says. “When I joined the house, not having any experience in haute couture, it was not really clear to me, but I now understand its fundamental role.”

Jarrar recently decamped to a more prestigious address — Rue Mont-Thabor is a stone’s throw from luxury hotels such as Le Meurice and Mandarin Oriental — and says she now receives clients throughout the year.

While fashion houses expect fewer clients from the Middle East come July, as couture week falls during the month of Ramadan, Jarrar cites a new, younger generation of clients from the region. They have now usurped her American and European clientele.

Jarrar calls her couture “visually accessible,” with sleeveless coats and tailored jackets her top-selling items, though she has ambitions to build her red-carpet following.

Novelties of the next couture week include an “haute fourrure” show by Fendi, making Lagerfeld the first designer to present two couture collections in one week, and the debut of Bertrand Guyot, an alum of Valentino, as the couturier at Schiaparelli.

“We are extremely satisfied with the continuous growth of the couture business, including the development of the number of requests for wedding gowns,” says Schiaparelli managing director Camilla Schiavone. “Customers are looking for exceptional pieces, unique and creative, with a lot of meaning.”
Most of Schiaparelli’s clients derive from the Middle East, America, Europe and Eastern Europe and the company is expecting expect Asia and more particularly China to grow significantly.

Schiaparelli is to present its first prêt-à-couture collection in October, Schiavone adds.

And what would the couture season be without some major events? Valentino is skipping the Paris couture runway this season and is slated to stage its show on July 9 in Rome, where the Italian house recently opened a major flagship. The festivities in the Eternal City continue the next day with a “Couture/Sculpture: Azzedine Alaïa” exhibition at Galleria Borghese.

And Dior plans to host a dinner in Versailles for about 200 of its top clients in tandem with unveiling a new collection of high jewelry by Victoire de Castellane.