A.P.C. Opens On the Left Bank

A.P.C., the hip fashion label known for its French preppy-flavored basics and jeans, has opened its first denim and accessories store. 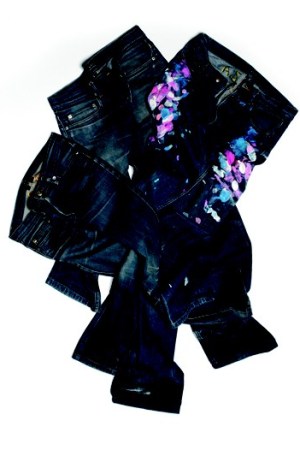 PARIS — A.P.C., the hip fashion label known for its French preppy-flavored basics and jeans, has opened its first denim and accessories store here, on the Left Bank’s Rue de Varenne.

The brand’s Butler Worn Out Series denim is on offer, with A.P.C.’s new women’s raw jeans to be available soon. The store will be the first to introduce a line of A.P.C./Porselli ballerina flats. Recordings under the A.P.C. music label are on sale, as well as items such as candles and room spray.

Founder Jean Touitou said the store’s small size — roughly 270 square feet — and location near the brand’s headquarters, and on the school route for students of the distinguished Paris educational institution Sciences Po helped determine its selection.

The designer said he’s open to pursuing more denim and accessories-focused stores. In February, Touitou will head to New York to scout a location for an A.P.C. store. Denim represents about 20 percent of the company’s sales. Touitou said 2008 sales for A.P.C. totaled $52 million, and he estimated 2009 sales will reach $55 million.

“Who knows. Maybe if we find a good spot on Bleecker Street, we’ll open another one,” he said. “[For now], it’s just a local thing. It’s about doing something fun in a spot where there are no other [fashion brands].”

Retail expansion is high on the brand’s agenda. In June, the label opened a store on Dover Street in London and plans to launch in Brussels next summer.

Other projects on the A.P.C. agenda include a sneaker hookup with Vans and a clothing line with Carhartt, a small part of which will be sold in the new Paris store. The brand has just wrapped its spring campaign, photographed by Inez van Lamsweerde and Vinoodh Matadin, and featuring Chiara Mastroianni.