A clutch of boutique openings in Europe and Asia should push the company past the revenue threshold of 100 million euros, or $130 million, this year. 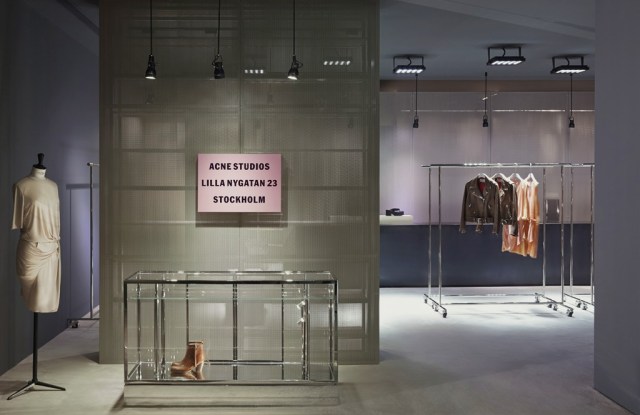 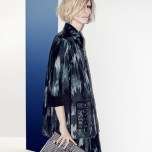 PARIS — A clutch of boutique openings in Europe and Asia should push Acne Studios past the revenue threshold of 100 million euros, or $130 million, this year.

Detailing its development plans, Acne chairman Mikael Schiller noted the Swedish fashion firm is already close to blanketing Scandinavia. It counts eight locations in its hometown of Stockholm, for example.

“But in the other markets, there’s a lot of growth potential,” he said.

The coming months will see a second store open in London, a third in Paris, three units in Seoul with partner Shinsegae, and a boutique in Japan in Osaka.

Hong Kong is also a top priority for a company-owned unit, given its stature as a shopping mecca — and a window for Mainland China.

With its early roots in denim, Acne opened its first boutique in 2003. The brand has 35 locations, including company-owned stores, shops-in-shop and franchise locations.

Given the critical mass the firm is reaching with retail — which now generates about 45 percent of revenues — Schiller said creative director Jonny Johansson and architect Andreas Fornell are aiming to “standardize some elements” of its shop concept. “We need to take ownership of the space more,” he said.

Acne’s early retail forays veered toward spectacular venues — such as a former bank in Stockholm. Schiller said the Rue Froissart store in Paris, with its melange of vivid color and sculptural elements in an industrial setting, perhaps best represents where the company plans to go. “Functional, modern,” he said.

Freestanding stores range in size from less than 500 square feet, in Palais Royal here, to more than 5,000 square feet for the forthcoming Los Angeles unit in the Eastern Columbia Building, which will come complete with a café.

Acne continues to steer clear of triple-A locations, favoring emerging neighborhoods or destinations. “Not typical fashion locations,” Schiller said, flashing a smile. To wit: Its next Paris store, slated for a fall opening, will be on Quai Voltaire, a riverside strip known for elite antique dealers and no fashion shops, save for Dries Van Noten on nearby Quai Malaquais.

Schiller noted that wholesale remains a critical channel, and it ships to about 650 doors worldwide. “When we open retail, we also grow with wholesale in that city,” he said. “We noticed this in Japan and the U.S.”

Acne also plans to continue developing its online store, which launched in 2006 and currently ships to some 65 countries.

The privately held company, with Schiller and Johansson holding the majority, generated sales of 89 million euros in its fiscal year 2012, or $117.2 million at average exchange.