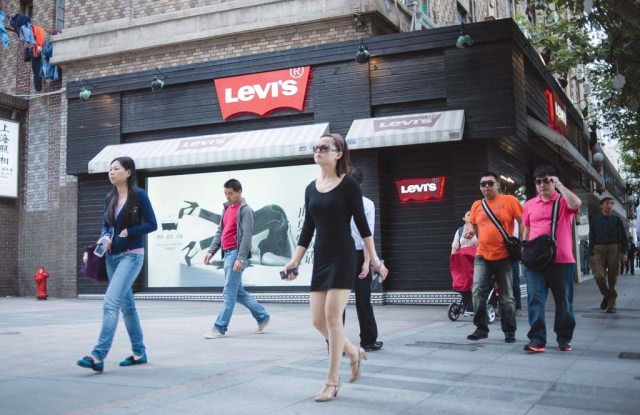 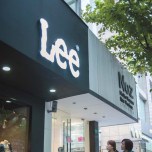 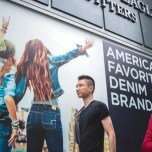 SHANGHAI — Yang Li is 28 years old, lives in Shanghai, works in finance and is engaged to be married.

With a workweek uniform consisting exclusively of sharp suits, in his downtime, jeans are a favorite go-to item, particularly international brands, which for Li represent “great heritage and strong connection with the West.”

In a mark of how much this connection to heritage means to Li, a few months ago he forked out 2,000 yuan, more than $320 at current exchange, for a special-edition pair of Levi’s iconic 501 jeans.

“The color is a rather solid blue with very little wash, which I thought special when compared to what you usually see in the market,” Li said. “It also makes them smarter so I can wear them to slightly more formal events.”

The attraction of young Chinese consumers to international brands is not a new phenomenon, but American denim brands continue to wrestle with how to balance the positive attributes associated with America, such as individualism and authenticity, without tipping into the type of flag waving that might put off Chinese customers.

“My gut feeling is that Americana — as in classic, made-in-America products, if it’s pushed in the right way, it will be embraced,” said Richard Hobbs, cofounder of The Hub trade show and 25-year Hong Kong veteran. “Now the Chinese consumer is looking for authenticity, and obviously [the American nature of denim] is an authentic spiel.”

But he has reservations about execution by the American brands.

“I think a tub-thumping, Bruce Springsteen-esque message is not going to be perceived in the way it would be at home,” Hobbs said. “It’s not necessarily about playing up your American angle, but about your authenticity, and if your authentic story happens to lie in your American roots, that’s great. Just don’t put stars and stripes everywhere.”

Tom Doctoroff, JWT’s Asia-Pacific chief executive officer and author of the book “What Chinese Want,” agrees with Hobbs but cautions against overt displays of Chinoiserie, adding, “Definitely no dragons.”

Nor can American brands afford to overlook the strictly hierarchal nature of Chinese society. “You need to recognize the role that the product plays in life [here] is profoundly conventional,” he said. “It’s about helping people get ahead and climb a social hierarchy. Whereas we Americans view our brands as weekend brands, people here are going to view those same brands as a tool for impressing colleagues or others, so you have to bring it into alignment with the Chinese worldview.”

For Li and Doctoroff, jeans occupy a special place for Chinese consumers — safe because they’re “neat,” as Doctoroff put it, but still respectable.

“Brands don’t need to talk about America in order to capture the essence of that individualistic, challenging, self-possessed spirit,” Doctoroff added. “But they need to sell it a different way here than they traditionally do in the West, because rebellion and counterculture never work here.”

Getting the selling proposition right will be key for U.S. brands, already hungry for penetration of China’s growing middle class. Retail sales of jeans last year — measured at 64.3 billion yuan, or $10.57 billion at current exchange — are expected to grow about 10 percent a year to 106 billion yuan, or $17.43 billion, by 2017, according to a June report from Companies and Markets.

Of the U.S. labels making a mark on today’s Chinese market, VF Corp.’s Lee is recognized by many experts as an example of an American denim brand successfully appealing to Chinese consumers. The brand logged $150 million in sales in China last year, making it the second-largest market for the brand behind the U.S. The sales figure is expected to grow by $100 million by 2017.

Aiden O’Meara, who oversees jeanswear in the Asia-Pacific region for VF Corp., which also owns Wrangler and Seven For All Mankind, said, “We are proud of our American heritage, it’s an important part of our brands’ DNA, but it’s not something we specifically call out. It’s not the fundamental feature of our brand’s success in the market. We regard our brand as a global brand with heritage roots.”

The company intends to continue to build on its investment in research and development, managed from Hong Kong, “where we are developing products specifically for the Chinese market.” Citing concerns about the nation’s human rights record, Levi Strauss & Co. pulled out of China in 1993 and returned five years later. Its Denizen line was introduced to great fanfare in China in 2010 before the firm decided to discontinue it last year based on its drain on profitability and management’s attention.

The Levi’s brand has more than 500 points of sale in China today and recently opened a shop on Tmall.com, a subsidiary of Taobao.com, China’s dominant e-commerce platform, in order gain a slice of the $212.4 billion Chinese consumers spent online in 2012.

Arun Bhardwaj, managing director for Levi Strauss & Co. in Greater China, said, “We know that our consumers aspire to owning and wearing globally branded apparel, live in the local markets and shop on an omnichannel basis. Therefore, we are extending our conventional four-wall retail store strategy to build our digital capability and platform.”

An added complication for American brands is the growing popularity of Japanese labels in China’s first-tier cities, where young urbanites turn to their hip Asian neighbors for fashion-forward style.

“Younger consumers perceive Japanese brands to be much more directional and fashionable than anything coming out of America,” said Hobbs.

O’Meara agreed that the influence from Japan has been an “important trend” in recent years, leading VF’s Seven For All Mankind, as one example, to use Japanese selvage denim for a number of its product offerings in China. He said VF was “very conscious of the influence on the Chinese market coming from the neighboring countries. What is happening in Asia is much more relevant to Chinese consumers than what is happening in the U.S.”

Just as they’re looking for insights into Japanese fashion tastes, body types and cultural leanings, American brands are tapping into the popularity of all things Asian in China to help make the sale. Lee works with Taiwanese actor Eddie Peng. Taiwan’s Lin Chi-ling has worked with Seven For All Mankind. Guess Inc. has had campaigns in China fronted by Shu Qi, a Hong Kong actress, while Levi’s has worked with Cantopop superstar Jay Chou.

“You want to flaunt your internationalism,” said Doctoroff, “but you also want to make sure people can see themselves in the product. If you are going to make a mistake, make it too much on the Chinese, or Asian, side, rather than the other way around.”

Hobbs advises projecting a “clear and consistent message” and, if possible, direct brand involvement in the Chinese market, rather than through a licensee or distributor.

“You’ve got to be sensitive, but when you have great assets like heritage and authenticity, tell that story and make sure that it’s communicated so people can appreciate it,” he added.