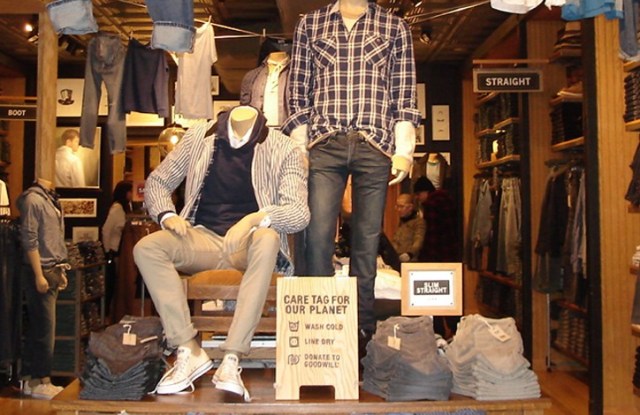 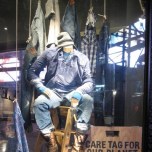 SAN FRANCISCO — Citing a need for “a new level of leadership on sustainability,” Levi Strauss & Co. chief executive officer John Anderson urged graduate business students at the University of California at Berkeley to build their careers on green and socially responsible principles.

Anderson, who spoke to students on Monday, said he has no doubt sustainable business practices also bring brand value in the eyes of consumers and financial savings to companies. But determining how to go about being sustainable remains a hurdle for many businesses that don’t know where to start, he said.

“We need a more rigorous and systematic way of illustrating the problem, and solving it,” said Anderson, describing sustainability as a “mandate for creative thinking and imaginative partnerships.”

Among the latest ways Levi’s is working to become a “zero-impact company” is through tracing the origin of cotton used in its apparel. The denim giant will launch a pilot program in the next several months with a supplier in Asia that will allow it to audit the cotton used. The effort is targeted at eliminating cotton from Uzbekistan, where child labor has allegedly been used for farming. The audit process from cotton farms to textile mills to garment contractors is being overseen by a supply chain tracking process developed by Historic Futures, based in Gloucestershire, England.

Levi’s is also a member of the Better Cotton Initiative, a collaboration of apparel and other consumer product companies looking to help the world’s cotton farmers — 90 percent of whom are in developing countries on farms of less than five acres — use less pesticides and water, while improving yield and income. The BCI, with members that include Gap Inc., Nike Inc. and Marks & Spencer, has pilot projects in Brazil, India, Pakistan and West and Central Africa.

Since its start three years ago, Anderson said the pilot BCI farms have reduced pesticide and water use by one third and profits have increased 69 percent.

When asked by a student whether such collaborations among apparel and other industry players might spoil competition, Anderson said it hasn’t and that achieving sustainability has to be a group effort.

“We’ve come to the conclusion…we can’t do this by ourselves,” Anderson said, noting that sharing information about sustainability is aside from things proprietary like product innovation. Sustainable collaborations and competition, he said, “fit together.”

Regarding environmental activists targeting companies’ sustainability records, Anderson said Levi’s embraces those who are looking to help raise the bar.

“Talk to them, work with them,” Anderson said. “Don’t ignore them.”

While part of a dean’s speaker series, Anderson’s talk at Berkeley’s Haas School of Business was also a sentimental favorite since the school is named after Walter A. Haas Sr., former Levi Strauss president and chairman and 1910 graduate of the university. Haas’ grandson and former Levi’s chairman Robert Haas attended Anderson’s speech.