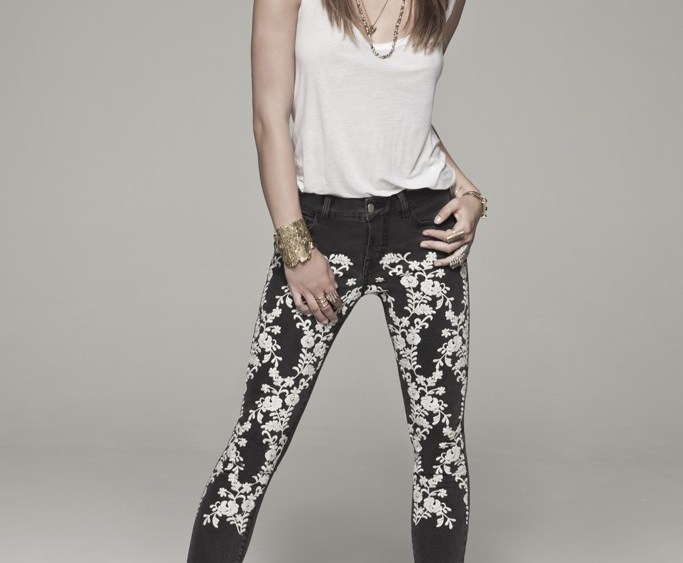 Archetypes Inc. has made a strategic investment in Genetic Denim, buying close to 50 percent of the Los Angeles jeansmaker for an undisclosed sum.

The acquiring company is a new multimedia venture backed by Cristina Carlino, founder of the Philosophy and Biomedic beauty brands, along with the principals at New York ad agency and investment firm Lipman.

The stake was purchased from Genetic Denim’s cofounder and chief executive officer Jack McCue, who is exiting the company. Cofounder and creative director Ali Fatourechi is retaining his ownership of close to half the company and remains. A small percentage of Genetic Denim is held by other members of the brand’s senior management.

WWD identified Genetic Denim as a top prospect for investors in a July 25 article.

RELATED STORY: Denim M&A, Not What You Think >>

Andrew Spellman, ceo of Lipman, said Archetypes was attracted to Genetic Denim for both its product and the brand name. Archetypes, founded last August, will launch a Web site in November at Archetypeme.com that tailors e-commerce, editorial content and social media to a person’s identity and persona, or DNA, hence the interest in the Genetic moniker.

“Denim is a massive category for consumers and it really fits in well with the idea of personal identity,” said Spellman. “We think we can leverage the name, product and aesthetic of Genetic Denim to create something unique and exciting for consumers.”

Genetic Denim, which currently offers only women’s denim, will be sold on the site and serve as one of its branded focal points for content. Archetypes will reveal additional brand investments and partnerships in the coming months, said Spellman.

Self-help book publisher Hay House will offer a title tied to the Archetype Me launch this fall. Archetypes is also in talks about a potential television show, added Spellman, who declined to divulge additional details.

Investors and brands in the denim space have been actively looking for potential deals in recent months. TSG Consumer Partners took a majority stake in Paige last month and Fireman Capital Partners and Webster Capital are looking to unload their investments in Hudson Jeans. Morgan Stanley is shopping around a stake in J Brand on behalf of clients Star Avenue Capital, Irving Place Capital and CAA.

Genetic Denim is distributed in about 550 doors worldwide, including Barneys New York, Saks Fifth Avenue, Scoop, Intermix, Ron Herman and Curve. With jeans priced primarily between $180 and $200, the brand does between $10 million and $20 million in sales, according to Fatourechi and Spellman. The company employs about 25 people in its Los Angeles headquarters and a New York showroom.

“This will introduce a new platform for Genetic Denim and let everyone know what Genetic Denim is. Prior to this, the brand has been a bit niche and under the radar. We want to grow it to its maximum potential,” said Fatourechi.

McCue is being replaced by acting ceo Jon Levine, who was previously consulting for Genetic Denim. Levine is a former president of Mo Industries — whose labels included Splendid and Ella Moss, now owned by VF Corp. — prior to which he was chief operating officer of James Perse.

To advise on strategy and operations, a new board for Genetic Denim has been recruited, comprised of Susie Crippen, who was a cofounder and creative director of J Brand, before exiting that company in 2010; Mark Harshbarger, the former chief operating officer and chief financial officer of Philosophy; Brett Markinson, ceo and founder of Solesociety.com and cofounder of HauteLook.com; Nevena Borissova, founder of the Curve boutiques, and Larry Kahn, managing director at Beechwood Capital. The board is headed by cochairs Fatourechi and Spellman.

Last month, Lisa Gabor joined Archetype Me as editor in chief, reporting to Michael Mendenhall, president and chief operating officer of Lipman. Gabor was most recently vice president of creative strategy at Island Outpost, Chris Blackwell’s group of resorts and villas in Jamaica. Earlier, she was editor in chief of Black Ink, the quarterly title from American Express for its Centurion Card members and special projects editor at Departures.

Carlino is the largest single shareholder in Archetypes and is executive chairman of the venture. Lipman’s stake is held by Spellman, who is copresident of Archetypes; Mendenhall, also copresident of Archetypes, and David Lipman, chairman and chief creative officer of Lipman and chief creative director of Archetypes. Carlino started Philosophy in 1996 and the brand was acquired in 2007 by private equity firm The Carlyle Group for an estimated $450 million. In 2010, Coty Inc. bought the brand from Carlyle for a reported $1 billion.