The ink on the sale of Rock & Republic to VF Corp. is barely dry, but the brand’s founders are onto their next project. 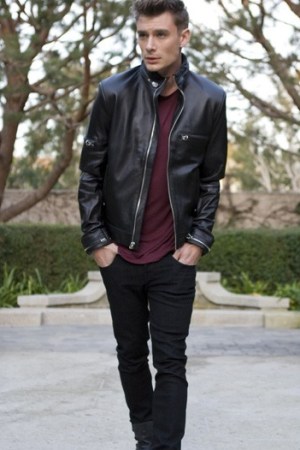 The ink on the sale of Rock & Republic to VF Corp. is barely dry, but the brand’s founders, Michael Ball and Andréa Bernholtz, are already onto their next project. The duo is launching a new denim, sportswear and footwear brand called Ronan, which will launch at retail this fall.

The complete men’s and women’s lines will be shown at ENK Vegas this week and Coterie later this month.

“Ronan is less aggressive than Rock & Republic. It’s sexy but not in-your-face,” said Bernholtz, who remains president of Rock & Republic until the deal with VF is finalized this spring.

Bernholtz is taking an active role in Ronan as president, while Ball plans to remain behind the scenes as an investor, according to the duo, who founded Rock & Republic in 2002. Ball also is working on deals with beverage and entertainment companies.

VF signed an agreement in December to acquire the trademarks and intellectual property of bankrupt Rock & Republic for $57 million, with plans to license the brand as part of its newly formed Retail Licensed Brands Group. Rock & Republic had racked up $40 million in debt, including $15 million owed to secured creditor Richard Koral, which forced the sale of the company.

Asked how she launched Ronan while simultaneously winding down the operations of Rock & Republic, Bernholtz said she and Ball, who is chief executive officer of the just-sold company, have been working two jobs. “We’re still working with our retailers from Rock to make sure that orders are going out and we’re still taking care of them,” she said. Ball and Bernholtz are longtime friends who met while auditioning as actors for commercials, before launching Rock & Republic.

The footwear, which includes boots, wedges, booties, ballet slippers and sandals, is sourced in China. The denim, including pinstripe, flare and utility styles, is made in Los Angeles.

The brand — which is taken from the Japanese word “ronin” for a type of samurai — is partly financed by investors from outside the apparel industry, whom Bernholtz declined to name. The company will be based in Los Angeles and Bernholtz is looking for showroom space there and in New York.