A scene in the original “Twilight” movie has snowballed into momentum for growth at BB Dakota Inc. 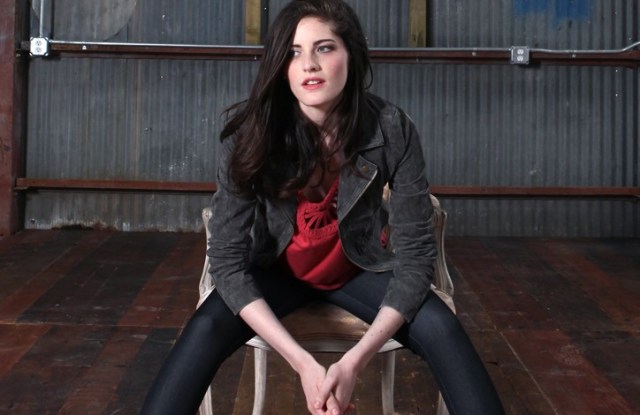 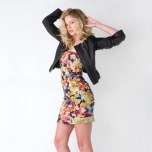 LOS ANGELES — What started as a random pick by a harried wardrobe stylist for the blockbuster “Twilight” movie has snowballed into momentum for growth at BB Dakota Inc.

In early 2008, under orders to buy a colorful cover-up to enliven a heartfelt scene between a hunky vampire and his doe-eyed human girlfriend amid a grove of moss-covered trees, the stylist for “Twilight” plucked the young contemporary brand’s lake blue cotton canvas jacket from Nordstrom Rack for actress Kristen Stewart, who portrayed the love-bitten high school student. Some months later, the film became a pop culture phenomenon, grossing nearly $400 million worldwide and spurring demand for the BB Dakota jacket among frenzied teenage girls.

Quick to capitalize on the popularity of the $70 jacket, which was originally released in 2006, Costa Mesa, Calif.-based BB Dakota reintroduced the style last year as the Twilight jacket. It’s now creating a new collection for fall, consisting of plaid shirts, skinny cords and hoodies, all revolving around the still-in-demand jacket.

For holiday, BB Dakota plans to launch its first shoe line comprising embellished ankle boots, strappy sandals and jazzy flats. A higher-priced label, Dakota Collective, is also in the works to hit stores this holiday with $200 shredded leather bags made in collaboration with jewelry designer Bliss Lau. Sunglasses are also on the horizon.

These expansions follow a year of change for BB Dakota. In November 2008, the firm ended its licensing deal with Nzania Inc., the Irvine, Calif.-based manufacturer, and started operating as an independent company with factoring, warehouse and shipping services provided by Samsung America. Last June, Carol Christopherson, who was previously president of junior surf brand Roxy, joined BB Dakota in the same role. The company unveiled an e-commerce site in October, and a month later it opened next to its headquarters a pop-up shop filled with its own wares, $1,240 Balenciaga gladiator heels and $62 Cheap Monday acid-wash jeans.

“We keep evolving with what’s going on,” said Gloria Brandes, BB Dakota’s chief executive officer, who founded the company in 2005.

Despite the recession, which has dampened retail sales across various categories, Brandes forecast sales for her junior and young contemporary businesses will increase 20 percent this year. She declined to disclose specific figures but said sales are under $50 million.

BB Dakota is sold at specialty retailers including Revolveclothing.com, Shopbop.com, Planet Funk and Metropark. Jack BB Dakota, the junior brand that launched in fall 2008 and costs 20 percent less than the flagship line, is available at teen-centric chains such as The Buckle, Zumiez and Pacific Sunwear of California. The company has lined up distribution deals for Australia, Greece, Hungary, Croatia, the U.K., Germany, France, Italy, Spain and Japan.

BB Dakota’s success is based on a simple formula, said Sasha Stajic, owner of a contemporary women’s boutique called Sasha in Laguna Beach, Calif.: It offers good fits with excellent fabrications and fashion-forward trends — primarily for under $100 at retail.

“They do a really good job in translating the forward trends into something that is wearable,” said Stajic, who also carries designer and contemporary labels such as Stella McCartney, GoldSign and Goddis.

“The wind is in our back,” Brandes said. “The brand is being recognized much more than it was a year ago today.”