Brands and buyers hope that growing trends can help them make up lost ground. 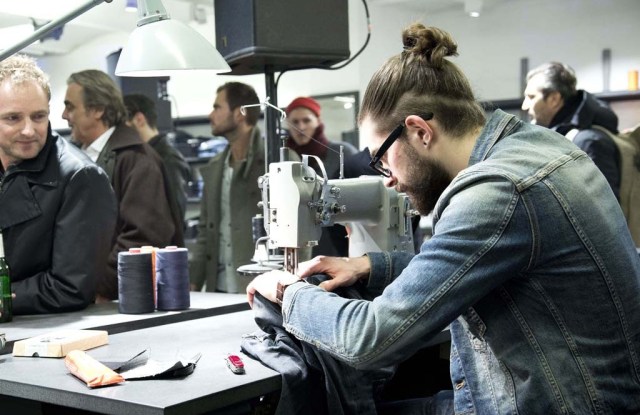 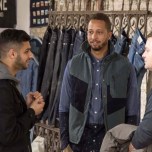 At the recent round of trade shows here, brands were anxious to provide new concepts in denim that would help stores put the focus back on fashion ideas, and take it off Europe’s uneven economic recovery and their own struggles in 2013 as denim demand waned. Buyers and sellers both expressed uncertainty about their prospects moving into the latter half of 2014, but seemed energized by the opportunity to move in new directions together.

“There is a feeling that denim is coming up again,” said Augusto Romano, owner of the Italian denim producer Meltin’ Pot, which was presenting at the Premium fair — one of four main fairs in the city from Jan. 14 to 16. “After a few seasons of a slowdown…the market, especially in Europe, is slow. Nothing really, really works.”

Romano has noticed price sensitivity in the market. “Since the market is down, prices are down, but I have the feeling that consumers want a little better product, so they’re willing to spend a little bit more,” he said, pinpointing the strongest price at 80 to 100 euros, or $108 to $135 at current exchange.

Even newer companies without a heritage in denim seemed eager to incorporate materials, details and inspiration that reach back across the decades to jeans’ history as a workwear staple and, later, countercultural statement.

“Because of the recession, people make choices and they don’t buy more of the same,” said Theo Van den Hoff, Seven For All Mankind’s vice president and general manager for Europe, the Middle East and Africa. “Do you buy another blue, or do you buy something that’s a different blue or [provides] a different benefit?”

The trend toward color might be past its peak, but that hasn’t meant a retreat to a “blue only” approach. “We had a lot of novelty before, a lot of fashion before — brocades, color and lace — and it slowed down, and it’s really back to denim,” Van den Hoff added. “And now everything is about black, for both men and women.”

Brands such as Closed and Edwin were confident about black’s ability to perform. “A lot of Scandinavian markets are into black denim — black selvage denim,” said Zaza de la Hey, a spokeswoman for Edwin.

New interpretations of blue were also prevalent. David Rix, the founder of a London-based denim company called Flying Horse, was showing his line of jeans for the first time in Berlin at Seek. The company is positioning itself around rich indigo washes made with dyes from Southeast Asia.

Skinny remains the predominant silhouette, although buyers and retailers both said there was increasing demand for jeans that were relaxed at the waist and then tapered to skinny through the knee. This still-evolving hybrid fit is what Julia van Buer, a buyer for a family-owned shop in northwest Germany, Modehaus van Buer, called a “sexy boyfriend fit — loose above and narrow below.”

“The demand is very high now in the German market,” she said, adding that her customers are also interested in jeans with patches and jeans with laser optics.

She emphasized the effort, space and budget that the evolving jeans market demands from retailers. “You have to show the customers lots of fits, lots of different sizes, lots of different brands and present it all to make a shopping experience,” she said.

Declining more specific comment, a buyer from The Hunting Lodge in Oslo said that the store gave up selling jeans altogether because of the amount of stock required to show them well.

Some buyers have been following the brands into ever-narrower classifications as one remedy to the retail challenge. For a few, the ability to sell jeans at higher price points has meant emphasizing highly specialized, often expensive looks.

Per Nordahl, the owner of Sivletto boutique in Stockholm, said, “We’re very into raw denim. Our customers are looking for small Japanese brands.” Describing his fashion-aware customers willing to pay $123 to $540 for the jeans in his store as “denim connoisseurs,” he noted that they’re “really interested in the kind of blue jeans they’re buying.”

Nordahl added, “There are a lot of brands, but there are also a lot of stores that sell jeans competing for the customers. It’s not super easy, but it’s not hard either.”

The fashion week in Berlin also saw the introduction of a new retail concept, separate from the shows, organized by Bread & Butter founder Karl-Heinz Müller: a cluster of three boutique denim shops positioned together, away from the street in the inner courtyard of a building in Berlin Mitte.

Nudie Jeans Co., Edwin and Denham hosted a party to celebrate simultaneous store openings, although Edwin and Denham erected pop-up stores that will be replaced by permanent retail locations during the next Berlin Fashion Week.

The Nudie store is a repair shop, one of 16 concept stores from the Swedish brand around the world that offer free repair services to customers who need their denim mended. “We want to take the responsibility and have a home here so people can come in and repair their jeans,” said Andreas Åhrman, the brand’s international sales and marketing director.

The company, which shifted its focus to making 100 percent organic jeans almost a decade ago, is now focused on transparency and traceability. “Every single garment has a code that you can enter on our Web site and you can follow the garment,” he said.