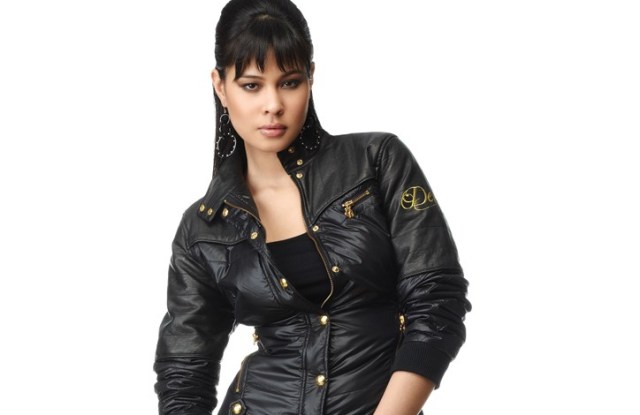 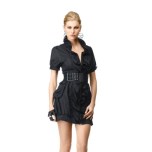 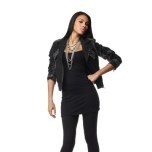 Beyoncé and Tina Knowles are looking to capitalize more on Sasha Fierce.

Utilizing the name of the singer’s alter ego and third solo album, “I Am…Sasha Fierce,” the mother and daughter design team plans to launch a new junior apparel label, Sasha Fierce for Deréon, for back-to-school selling.

This story first appeared in the July 1, 2009 issue of WWD. Subscribe Today.

The collection, which is inspired by Beyoncé’s stage presence (she is on a world tour through November), includes a full range of sportswear, outerwear, handbags, footwear, eyewear, lingerie and jewelry. Positioned to sit alongside the company’s Deréon junior label, which is similarly priced, the line has so far been picked up by department stores including Macy’s and Dillard’s and specialty stores Jimmy Jazz and Against All Odds.

The collection, Tina said, is “edgier and trendier and reflects Sasha Fierce’s daring and outgoing attitude.”

The jewelry, shoes and eyewear, she added, “are really over the top” with large chains made in mixed metals such as silver with gold, heavily studded shoes and oversize sunglasses such as the ones Beyoncé has been seen wearing on tour. The clothes are a little more subdued to make the accessories stand out — a one-shoulder dress, black bodysuit, fake leather jacket with oversize collar, leggings and destructed jeans with mesh and lace details lining the ripped material.

“When the tour started, we noticed the definite style of it,” Tina explained. “Thierry Mugler designed the clothes for the tour, but we really wanted to celebrate the style and interpret that into a collection.”

Beyoncé, who said in a statement “the line really exudes a different side of my personality, which I am grateful that I can express,” had a lot of say in the creation of the collection, Tina said.

“She definitely tells me what she likes and what she doesn’t. It was her suggestion to line the rips of the jeans with the mesh and lace,” she said. “It makes the jeans look really different from what’s out there.”

Tina said while they launched the Sasha Fierce for Deréon collection to pay homage to the tour, she said they would happily keep it going if customers respond to it at retail.

“We have had tremendous success with our graphic T-shirt business based on the lyrics from Beyoncé’s new CD,” said Philip Davis, president of Deréon’s parent company, Beyond Productions LLC. “We believe the Sasha Fierce collection will enjoy the same success at retail and coincide with the success of Beyoncé’s world tour.”

The collection wholesales from $25 to $75. Davis declined to give first-year sales expectations for the label.