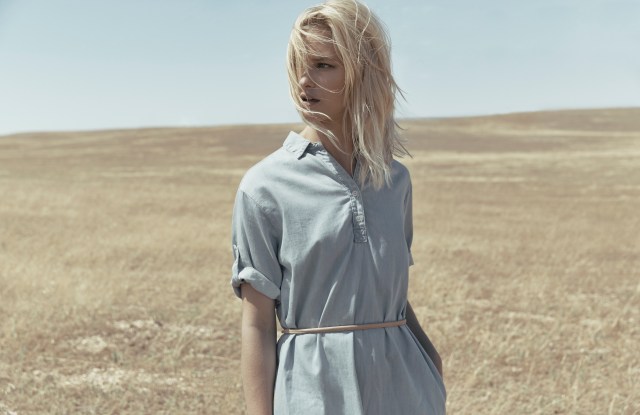 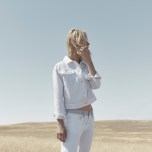 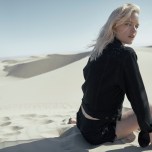 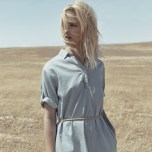 At Koos Manufacturing, Big Star has long resided in the shadow of sister brand AG, but under a new creative director, the denim label is dashing toward the light.

David Lim, who previously designed with Kasil, Paige Denim and Native Stranger, has signed on to relaunch the moderate-priced brand’s spring 2017 collection. Lim’s appointment came about six years after Koos’ acquisition of the trademark for Big Star in the U.S., Japan, Central America and parts of Asia from Switzerland’s Outpost Trading. Prior to joining South Gate, Calif.-based Big Star, he headed his own premium denim line called Kasil until shuttering the business. Then he designed for Paige Denim and moved to Hong Kong, where he created streamlined styles for women’s contemporary brand Native Stranger.

Seeking inspiration for the first collection at his new job, Lim dissected the name of his employer. From Big Star, he concocted Nova XVI as a subbrand for the revamped line. Simple stitches of stars replace the abstract geometric shapes that embellished the back pockets of the jeans. An outline of a comet also adorns the waistband of the women’s jeans.

Sticking with the motif of sky and space, Lim eliminated some styles that were grounded in Big Star’s Americana heritage, which dated to its founding in 1974. For instance, in the inaugural collection that includes 35 styles for women and 24 for men, he discarded boot cuts that swallowed women’s feet with 17-inch leg openings and phased out athletic cuts for men that were repetitive.

Despite trimming the number of styles by between 10 and 20 percent, he retained the best-selling women’s fit — a skinny style with a 12-inch leg opening. He also introduced cigarette jeans in a quartet of washes, including a basic resin rinse and a black tint with ripped knees and 3-D whiskers on the front pockets. Other items for women range from lightweight denim shirt dresses and miniskirts embroidered with zodiac constellations to jean jackets with round, dropped shoulders. The designer also repurposed men’s jeans from Big Star’s inventory for Cloud 9, a collection of women’s cutoff shorts that were washed in hues evoking the desert sky, fading from bleach-dipped blue to pastel orange to dusty black.

“It’s a little more modern, contemporary, relevant, clean,” Lim said, adding that the goal is to offer jeans that retail for under $100 and cap the priciest item at $128 for a jean jacket.

Ultimately, Big Star executives hope the relaunch will move the brand’s annual sales toward $100 million, Lim said. The brand also strives to return to marquee department stores such as Nordstrom and Bloomingdale’s, strengthening its current roster of retailers that include Macy’s, The Buckle and various specialty stores. While the women’s business now accounts for 70 percent of sales and men’s is 30 percent, he said the plan is to recalibrate the balance so that men’s increases to 40 percent.

To achieve that, Big Star is premiering rigid straight leg jeans in a simple rinse, garment-dyed cotton twill bomber jacket and cotton chinos with a slouchy fit and tapered hem for men.

The refresh doesn’t stop with the product. A month after AG revived its web site with digital and social media content, Big Star is relaunching its web site on July 25 with black and white videos of platinum blonde models dancing and shadow boxing. It’s also wiping the slate clean on its social media channels. In addition to activating a new Snapchat account on the same day as the web site’s relaunch, the company is reconfiguring its Instagram, Facebook and Twitter pages. All initiatives point to a customer who is younger than the 30- to 40-year-olds who have purchased Big Star in the past.

“The heart of it is the Millennial,” said John Rossell, men’s designer and brand manager at Big Star. “It’s not just about the product. It’s about the story behind it.”

Plus, Lim said, “The story we want to tell is how creative we can be.”