Johan Lindeberg gets ready to take his latest apparel project from the Web to the street. 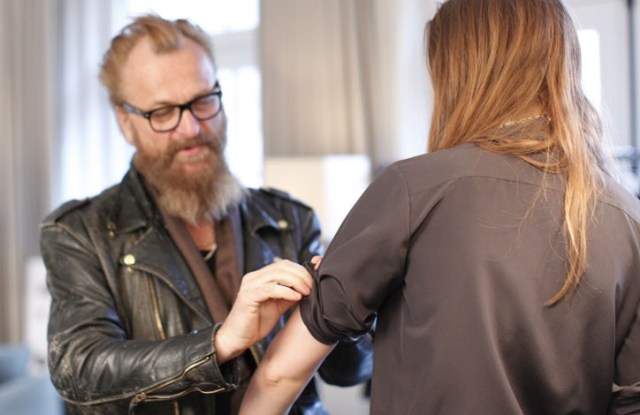 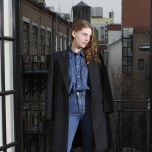 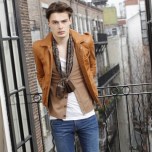 Johan Lindeberg may have started his BLK DNM collection as a digital venture, but he’s already making plans to open freestanding stores and sell some wholesale accounts.

A division of Kellwood Co., BLK DNM (pronounced Black Denim) was launched online in February at blkdnm.com, selling women’s and men’s apparel. The line features a European design aesthetic, inspired by New York’s downtown community. On May 23, the company plans to open a pop-up shop at 237 Lafayette St. in Manhattan, which will operate for six to eight weeks. The company also hopes to open in September a permanent store at 140 Grand Street, which will also house a design studio and serve as a home for installations and other projects.

“I like suits for women, as well as coats and leather jackets. It’s for strong, independent women. The women’s collection is men’s wear-inspired but cut for a woman,” said Lindeberg, who serves as the creative director.

About 50 percent of the line is denim-based, with the remainder the tailored portion and leathers. In September, Lindeberg plans to launch knitwear as well. A unisex fragrance will be introduced in early fall, and accessories are on deck. The Web site is updated regularly, injecting newness into the offerings.

“It was important to start with digital. It’s part of the core strategy of the brand,” said Lindeberg. He said the concept of this collection was something he had on his mind for a long time. “It’s really personal. The men’s collection is inspired by how I like to dress myself, and the women’s is how I like to see a woman — strong, powerful, a tomboy, independent, someone who has her own identity and strength.” Men’s wear ranges from denim jeans and cardigans to leather jackets, blazers and wool coats.

He said Kellwood believes in his vision and wants to build BLK DNM into an international brand. The Swedish designer is particularly excited about creating the brand in New York, where he resides, and using the energy from downtown. He said he’s looking to sell retailers “with a modern and cool environment.” Besides a New York freestanding store, he plans to open pop-up shops in London and Stockholm in September, and is actively looking for permanent spaces in both cities.

“I call Kellwood my Swiss watch,” said Lindeberg, noting that he can use the resources of the apparel group in combination with his creative vision. Lindeberg said he’s devoting all his time to this collection and isn’t working on any other lines. He intends to publish a magazine to tie in with the line, called Gazette, which will launch in May. So far, he’s printed 10,000 copies of Gazette 1, to be distributed at the pop-up store, as well as online. It will be published twice a year.

Lindeberg launched BLK DNM with a video, shown on the Web site, that was inspired by the breakup last year of his 15-year marriage to Marcella Lindeberg, with whom he has collaborated on several lines.

Earlier in his career, Lindeberg was international marketing director of Diesel, which he left in 1995; he created his lifestyle brand, J. Lindeberg, the following year. After he departed his namesake label in 2007, Lindeberg became creative director of Justin Timberlake’s William Rast brand for two years.