The American scourge that is ill-fitting clothes might have met its match. 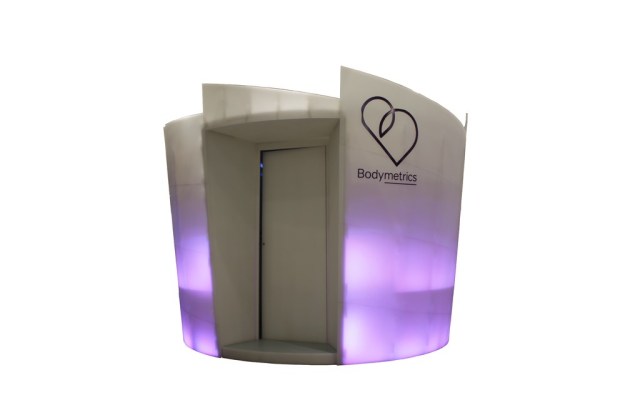 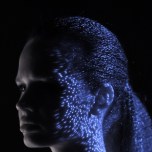 LOS ANGELES — The American scourge that is ill-fitting clothes might have met its match.

London-based Bodymetrics placed a pod amid the denim assortment at Bloomingdale’s at the Westfield Century City shopping center last week for a four-day test run of what it hopes will become a regular experience at U.S. department and specialty stores. The body-scanning technology company has already made inroads with retailers in the U.K., where a national initiative with global specialty store New Look is in the planning stages and a downsized version of the pod has recommended customized jeans for some eight years at Selfridges.

“Jeans are one of the hardest garments to fit,” said Bodymetrics chief executive officer Suran Goonatilake. “A woman can spend hours or days trying to find jeans that fit. We cut down that time massively.”

In stores, he continued, “It is very easy to judge the return on investment because of the sales lift.”

Jeans manufactured by TAL Group, a strategic partner of Bodymetrics and a primary contributor to the $7 million it has raised, have generated $1.5 million a year at Selfridges and are responsible for 20 percent of all premium denim sales at the store out of a tiny, 300-square-foot space, according to Goonatilake. He said 90 percent of people scanned — 10,000 have been scanned in the last two years at Selfridges — report the scan has helped them identify well-fitting jeans and 60 percent ultimately purchase the jeans.

In a matter of seconds inside the Bodymetrics pod at Bloomingdale’s, the body of a model, who was wearing a tight tank top and leggings, was mapped using Microsoft Kinect for Windows technology. She was then told her body shape — it was Sapphire, midway between the slim Emerald shape and the curvaceous Ruby shape — and the jeans that would work for that shape. Bodymetrics had already scanned 29 styles from Seven For All Mankind, J Brand, Citizens of Humanity, AG and DL1961 to match jeans with customers.

“The concept of body mapping has been around for a while, but, until last year, we couldn’t scale at all because the equipment was really expensive. Last year, Microsoft Kinect meant dramatically reduced hardware costs,” said Goonatilake. Equally applicable to men and women, the Bloomingdale’s demonstrations were held only in the women’s area and for women’s styles.

In the next two years, Bodymetrics expects at least 100 pods to be operational at U.S. retailers. The stores provide employees to man the pods, although Goonatilake said they would eventually become self-service, and pay an undisclosed license fee to Bodymetrics to use them. Luke Hamilton, group creative director at the digital agency Razorfish, which is Bodymetrics’ business development partner, said, “The future of retail is theater, and this is one of those elements that helps provide that.”

Bodymetrics faces competition from Unique Solutions Design, the Canadian firm behind Me-Ality, a 3-D body scanning system that harnesses radio waves to record body measurements of fully clothed shoppers and then gives those shoppers a guide to items designed for their measurements sold at various stores. Me-Ality already has been installed at nearly 40 malls and, with funding from Toronto-based Northwater Capital’s Intellectual Property Fund, is rolling out 300 body-scanning kiosks at North American shopping centers and other shopping destinations.

The biggest opportunity for Bodymetrics might not be from traditional brick-and-mortar stores, however, but from their e-commerce divisions and from e-commerce pure-plays. E-commerce players, for example, could host pop-up events with Bodymetrics where customers get scanned in order to determine the best jeans for them available online, where there are no physical dressing rooms, to minimize returns from clothes that don’t fit. Bodymetrics anticipates e-commerce transactions with Bodymetrics information will start to take place within the next six months.

Bodymetrics and Razorfish are also taking their technology into people’s homes. Instead of having to visit a Bodymetrics pod to receive a scan, shoppers in the future may opt to be scanned with sensors on their televisions and, using the data from those scans, shop via their televisions for clothes.

“They will be able to try on clothes and visualize them on TV,” explained Jonathan Hull, a vice president at Razorfish.