The newest labels in the denim market have rallied around a singular belief that consumers will embrace the concept of premium quality at lower prices. 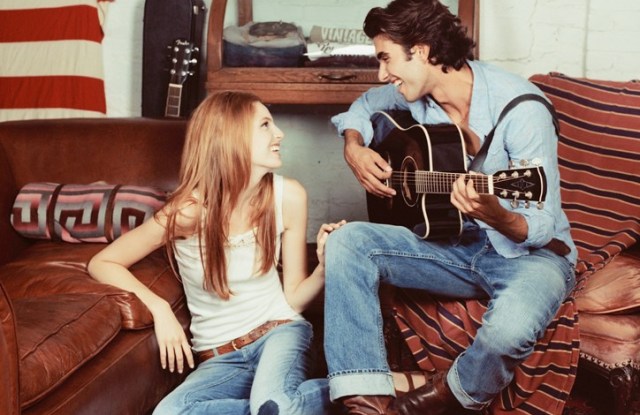 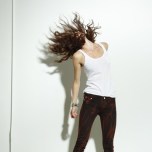 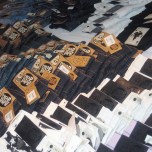 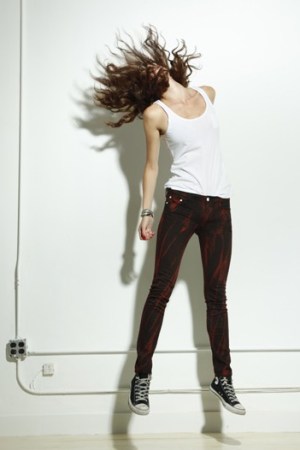 Nine Days will launch for spring with an average retail price of $118.

The most recent influx of labels in the denim market have rallied around a singular belief that consumers will embrace the concept of premium quality at less-than-premium prices.

For brands such as Easy Money, Rewash, Vintage Revolution, Nine Days, Recession Denim and Denim Junkie, the $80-to-$120 retail price range represents what they perceive as the market’s new sweet spot — the point at which consumers who have been educated by the premium denim craze but punished by the recession will easily recognize the value of the product in front of them.

“The whole goal has to be to capture the same woman who’s buying Seven, Joe’s and Citizens,” said Chris Hoffmann, executive vice president of Kemistre 8, which produces the Prps and Akademiks labels, and is in the process of launching two more brands in the $80 to $120 range. “And how is that brand going to be relevant to someone who never thought they’d be buying brands at those prices? How is it going to become cool? The shakeout will come from there.”

Appropriately enough, it was the rise of premium denim earlier in the decade that made it possible for these new brands to enter the market at a lower price point while claiming to offer a nearly equivalent product. The surge in the premium segment lifted the entire denim category and spurred a boom in global sales at all price levels. The expansion prompted foreign manufacturers to make the necessary investments in machinery and acquire expertise in washing to claim a share of a booming category.

“The premium denim craze launched a really high proportion of demand, and that basically brought more people into the dialogue,” said Paul Cavazos, director of marketing and sales for Olah Inc., a U.S. agent for foreign contract manufacturers and textile and hardware vendors targeting denim designers. “Now, three to seven years down the road, the expertise and skill set is there from a larger group of professionals. It’s helped usher the same level of workmanship at a much more competitive price. By virtue of education, brands are able to produce price-conscious jeans that previously would be considered uniquely premium.”

Despite the increase in available resources, the tight margins at this price range requires brands to have experienced and reliable suppliers, executives said.

Cavazos believes one potential pitfall for many of the brands will be the washing process.

“There aren’t schools to learn about washing,” he said. “You have to be in front of the machine.”

Brands are also looking to offer special services and flexibility to land sales, placing a further burden on the strength of their production network.

“You have to be quick to respond, ever present about what’s happening with trend and be able to deliver to market in six to eight weeks,” said Christine Rucci, designer of Vintage Revolution.

Rucci believes Vintage Revolution’s structure will allow it to meet these criteria. The brand is the product of Rucci and José Juan Marcos González, whose Mexican factory produces denim for brands such as Gap, Polo Ralph Lauren and Lucky Brand. The brand, which will begin retailing for spring at $77 to $125, has a wealth of manufacturing and washing expertise behind it, can take advantage of duty-free status under the North American Free Trade Agreement and can get goods into the country quickly.

“The advantage of us as a start-up brand at this price point is we own our factories,” said Rucci.

Hoffmann said his company is also relying on the sourcing network it established for Prps and Akademiks to aid the introduction of Nine Days, which launches for spring at an average retail price of $118, and a men’s-only line called Aknowledge that bowed this month with prices ranging from $60 to $80.

However, Hoffmann said it took more than two years working with its Chinese laundry to get those washes where they wanted them to be.

Michael Silver has considerable experience operating in the $60-to-$90 range with Silver Jeans and believes the pool of laundries that can achieve the premium look at an affordable price is small. Silver described doing business in this price range as a China-only story, specifically a south China story.

“They could always stitch in China, but wash is the most difficult element,” said Silver. “It is much better in southern China, but there’s not 50 laundries that can do the job there. There’s probably a dozen very good laundries.”

Silver said it’s a constant struggle to keep his label’s pricing in the mid-$80 range, even though the brand was built on tight margins. To maintain his price, he made the investment to station his technical staff in Hong Kong so they can work with Asian suppliers more easily.

Silver also believes many of the newcomers at this price range are targeting a relatively narrow chain of distribution. Silver and Cavazos both described the strategy as an attempt to replicate the business model of Cheap Monday, which was able to crack into high-end department stores while building buzz around a lower price point. Silver described Cheap Monday as a “fleeting moment.” Outside the department store channel, Silver said the U.S. has few chain retailers that carry multiple brands.

“Outside of The Buckle in the U.S., I’d be hard-pressed to give you an optimum distribution model,” he said.

From his own experience with Silver, he believes its unlikely lower-priced brands will succeed in capturing former premium consumers.

“I don’t think the premium customer is coming down to that price point,” he said. “I think they’re just buying less, but I’m not catching those customers with Silver.”

Instead, he sees the reverse, with people trading up.

“My consumer considers [Silver] expensive,” he said. “I’m the aspirational jean from the moderates. I have people trading up and spending twice as much as they normally would.”

Rucci said she’s run into her fair share of “denim snobbery” from specialty-store buyers and owners who feel the line may be priced too low for their stores, but she believes there’s little question the consumer is heading in this direction.

“For the price of one premium jean of yesterday, you can now throw in a nice knit,” said Rucci. “There’s a feel-good factor now for consumers.”

Hoffmann views the market as becoming more fragmented. High-end labels like his Prps will continue to head upmarket and stay in the higher price zone where they belong. Retailers will still carry those labels but will need to find new ways to generate sales because many consumers have headed down to the Levi’s of the world. Hoffmann believes smart retailers will take the opportunity to address this in between market.

“The most savvy retailers are doing both, with luxury going higher but average retail coming down,” he said. “Nine Days is perfect. It becomes the opening price point in these very premium stores.”

He said the line has been picked up by Barney’s New York, Bloomingdale’s, World Denim Bar and Lulus.