Denim Brands Get in Touch

In the age of social media, labels are stepping up their marketing directly to consumers. 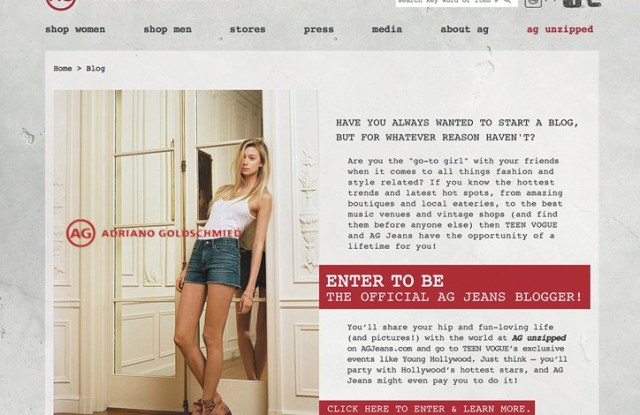 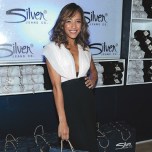 Using the latest technology, word of mouth and big budgets, denim companies are getting more clever and aggressive in the ways they promote their products and build their brands. In an era of instant information, marketers and denim executives said companies have no choice but to make direct contact with customers.

“Consumers, being as fickle as they are and having the ability to have so much information at their fingertips, they require having direct contact with the brands that they buy,” said DeeDee Gordon, president of innovation for brand consultancy Sterling Brands in Los Angeles.

Although all sectors in the fashion industry should be compelled to market directly to end users, Gordon said what makes jeans makers stand out is that they are more open to test new tactics.

“Compared to the luxury brands, the denim brands are more nimble and open, and definitely more engaged with technology,” she said. “There’s definitely this openness to denim brands in reaching out, connecting, trying new things, being involved in augmented reality and also [doing] crazy publicity stuff.”

Some of the “crazy” stuff includes:

• City of Commerce, Calif.-based Hudson Jeans allowing boys and girls to trick out premium denim with its Union Jack logo and other patches at the recent Kidstock Music and Arts Festival in Beverly Hills.

• As part of its “Diesel Island” marketing campaign, Italy’s Diesel sponsored a political sloganeering competition, printing the winning entry on 80,000 posters distributed in the U.K.

• Miss Me broadcast on its Web site a video filmed with DJ Mia Moretti and electric violinist Caitlin Moe in Chris Burden’s light installation at the Los Angeles County Museum of Art. It was only the third production in the world to receive permission to film there.

• AG Adriano Goldschmied, of South Gate, Calif., is holding a contest to find an “It” girl who will be its official blogger, whereas Los Angeles-based Habitual muses on bourbon and Juliana Santacruz Herrera’s yarn art, among other topics, on its blog.

“You’ve got to be so close to the consumer today,” said Deke Jamieson, executive vice president of licensing and marketing at Los Angeles’ YMI. “They want to be involved in the conversation with you, as opposed to being dictated to.”

YMI brainstormed on how to gain access to what it considered a closed community: the school system. Last February to April, it hosted lunchtime concerts with rock band Letters Burning at more than 40 high schools throughout Southern California. At each location, it gave away a pair of jeans retailing for $38 to $48. It also did a drawing for a grand prize that included a YMI wardrobe valued at $1,000, a $500 gift card, tour merchandise like T-shirts and CDs, and a one-year subscription to Alternative Press, which partnered with YMI on the campaign.

“You can’t go the traditional [marketing] venue any longer,” Jamieson said, noting that YMI made “a significant drop” in print and billboard advertising over the past two years. “You want to get as close as possible. You want an emotional response to the brand.”

Silver Jeans Co. tried to get close to celebrities by moving a gifting booth from inside a Hollywood nightclub to the end of the red carpet at Maxim’s recent party celebrating its annual Hot 100 issue. After doing the step-and-repeat for photographers on the red carpet, stars such as actress Dania Ramirez, musicians Kelly Rowland and Romeo, and model Joanna Krupa stepped onto a dais where they got their pick of rose-colored women’s skinny jeans and inky blue straight legs for men.

“There is a huge Grand Canyon between the red carpet and inside [the party],” said Michael Silver, president of Silver in Winnipeg, Canada. The big challenge for the company was: “How do you get the excitement of the people on the red carpet immediately?” he recalled.

The red-carpet gifting booth is part of Silver’s new rebranding campaign. After taking a year-long break from consumer advertising, Silver tripled its marketing budget to represent 6 percent of total sales, which is targeted to surpass $140 million this year. In addition to planning more events in Los Angeles, the company is considering making commercials that people can download from the Web.

In a growing number of cases, brands rely on consumers for help. Take Vanilla Star and teen retailer Mandee. They held a design contest at New York’s High School of Fashion Industries for 72 students who paired in teams to create looks for Vanilla Star’s back-to-school collection. The top seven entries were displayed in the windows of five Mandee stores in New York and New Jersey from May 25 through June 18. Anyone with a smartphone could have voted for their favorite design by snapping a quick-response barcode or submitting ballots in the store or on Mandee’s Web site. Designs from the top three winners will be produced and sold at Mandee’s starting in September. Voters who match the judges’ decision will be entered into a drawing to receive a $200 Mandee gift card.

For Mandee and Vanilla Star, their goal was to nurture store and brand loyalty among consumers, in addition to holding an unusual focus group.

“It’s also great for us to interact with the students and get their feedback,” said Alan Mandelbaum, president of Clifton, N.J.-based Mandee, which runs 116 stores.

Besides, the youths have plenty to teach established brands.

“You need every edge you can get because the kids are so savvy, they know the trend at the same time we do,” said Mark Levy, president of Vanilla Star in New York. “The way these kids live on their mobile phone and Web sites, if Lady Gaga wears it tomorrow, they want to buy it in two days.”