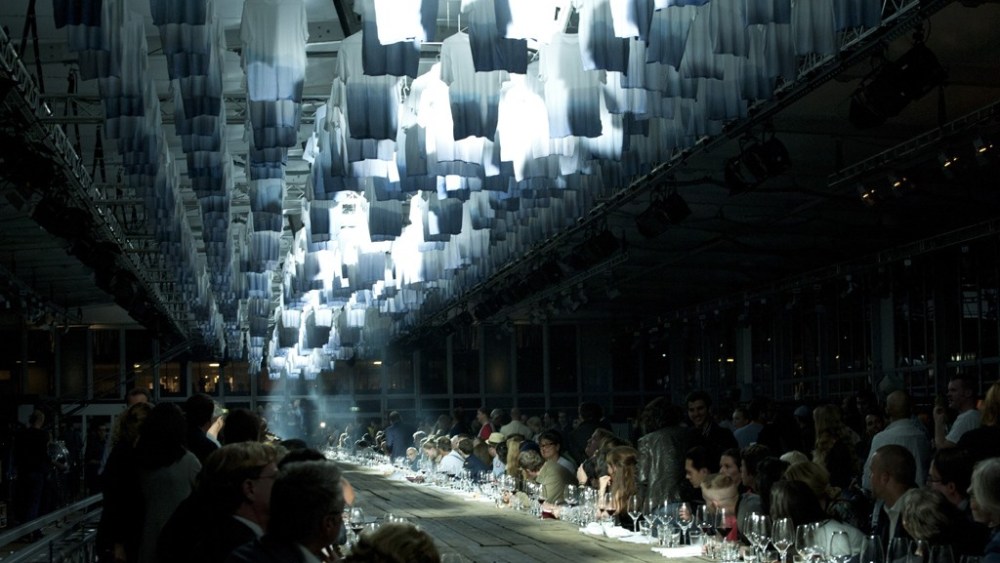 TRUE RELIGIONS: Bread & Butter chief Karl-Heinz Müller believes in denim — so much so that he freed up a seven-figure budget to build the Berlin Tempel of Denim in the trade fair’s Denim Base hall and added another six figures on top for a Denim Religion show. A select congregation of 200 denim world VIPs were whisked away from B&B’s pre-opening party Tuesday night in Berlin’s Tiergarten’s lakeside Café am Neuen See for a special blue midnight mass.  Together they broke bread and took wine (a mellow burgundy) while seated at the 330-foot-long wooden table running down the temple’s center. The all-denominations tabletop show, which will be repeated during the fair, allowed divergent fabric faiths and creeds to meet in edgy celebration.

As for those seeking quick miracles in today’s troubled denim market, a sign posted at the blue fountain at the temple’s entrance admonished: “Brothers and Sisters. Do NOT enter, walk in or on this HOLY WATER. It is filled with BLOODY GLASS ROCKS.”