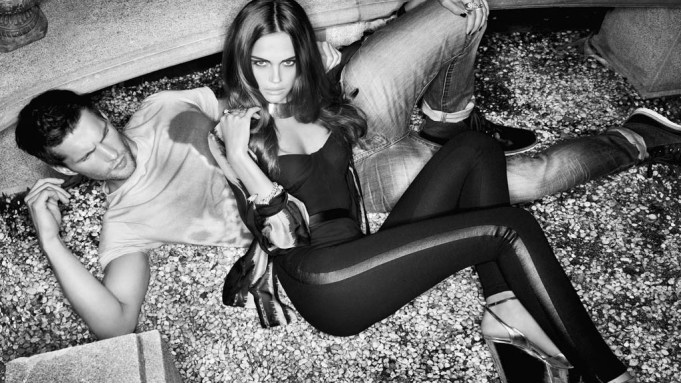 More than a quarter of a century after getting into the jeans business and 15 years after opening its first store, Buffalo David Bitton has entered the U.S. retail market.

The Montreal-based denim and sportswear firm, which already operates 26 stores in its home market of Canada, has opened its first U.S. store at 487 Broadway in New York’s SoHo district. More than half of the 4,000-square-foot of space will be dedicated to selling.

“We have officially crossed the border,” said Todd Howard, president of global sales and distribution for the company, which includes Macy’s, Bloomingdale’s, Lord & Taylor, Dillard’s and The Buckle among its U.S. wholesale clients. “We’ve had stores in Canada for 15 years and have been contemplating exactly how to enter the U.S. We want to take SoHo, learn the market and start to explore other opportunities in the U.S., most likely in key markets.

“Obviously, we want to do business, but a store like this helps us communicate the soul and lifestyle of the brand,” he continued. “The SoHo store should help us do a better job of balancing our assortment — getting the proportions right — for the local market, too.”

There are no additional U.S. stores planned at the moment, but the company is investigating possibilities. In Canada, about two-thirds of its stores are in malls, while the remaining third, including its store in downtown Toronto, are freestanding. It also sells its wares at buffalojeans.com.

In addition to its Canadian stores and its sole U.S. unit, the company operates five stores through franchise arrangements with licensees. There are currently two stores in Mexico City and three in Panama, with another unit scheduled to open by yearend in Venezuela.

“The licensees hold the leases, but all product direction and store design comes from our corporate offices,” Howard noted. “Retailing is a relatively small percentage of our business in comparison to what we do in wholesale. Still, and despite our slow and steady pace, we intend to have a major presence in the U.S. and in retailing generally.”

Buffalo is privately held and doesn’t divulge sales figures, although market sources estimate annual sales are in excess of $100 million. The business is about evenly split between men’s and women’s, with the women’s business weighted more heavily towards sportswear and the men’s portion more denim-centric. In addition to jeans and sportswear it sources for itself, it has licenses with Canada’s The Levy Group for outerwear and with Swank for men’s and women’s belts in the U.S. and men’s small leather goods in the U.S. and Canada. Colors in Optics Ltd. recently signed on as the company’s sunglass licensee for the U.S. and Canada.

The brand prides itself on occupying the pricing sweet spot in today’s denim market, with most jeans selling for between $100 and $125 at retail. “We want someone to look at our jeans and say, ‘I can’t believe that’s not $200,’” Howard said.

Jeanswear from the company is selling at substantially lower prices through its exclusive arrangement to sell a secondary brand, I Jeans by Buffalo, at J.C. Penney, where it was among the first labels to receive shop-in-shop treatment.

Women’s jeans at $75 and higher have been the strongest price category in the denim domain, according to recent data from The NPD Group. For the 12 months ended Sept. 30, women’s jeans sales at $75 and up increased 43.6 percent, to nearly $937 million, expanding their share of the business to 11.5 percent from 8.8 percent in the prior 12 months. Overall women’s sales were up 9.8 percent to $8.15 billion over the same interval.

Regardless of the distribution channels or countries to which it travels, Howard sees the message of the brand as being “quite consistent. It’s a contemporary fashion business with a European flair and a North American mind-set.”