Fashion-savvy customers in China warm up to the Japanese approach to denim.

By Casey Hall and Kelly Wetherille on May 14, 2014
View Slideshow 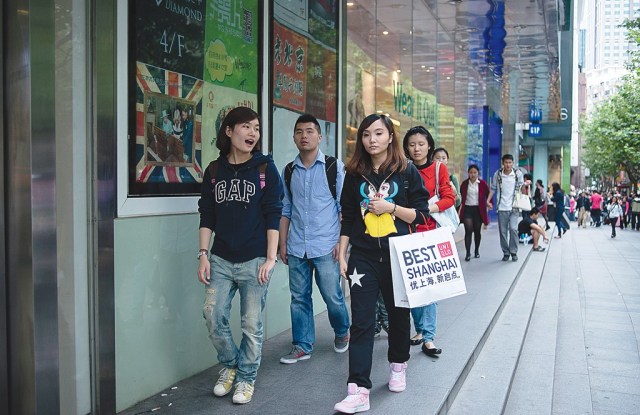 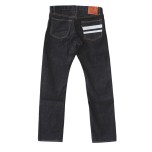 SHANGHAI — Young male consumers in Chinese cities are turning to Japanese denim brands to make a statement about their own individuality.

As Mainland China’s enormous apparel market continues its shift toward individual expression over conspicuous logos, niche brands in all sectors, including denim, are starting to take notice.

The Asian denim market is estimated to have generated sales of $26.9 billion in 2013, up from $17.6 billion in 2008, according to data from Euromonitor. Within the region, China has been the largest denim market since 2010, when it overtook Japan. Last year, sales of jeans in China were $11.5 billion compared to $7.4 billion in Japan.

The Asian, and particularly Chinese, market is not only potentially huge, it’s also fragmented. Whereas the top five brands in the U.S. account for 36.5 percent of market share, Asia’s top five brands — Levi Strauss & Co.’s Levi’s brand, VF Corp.’s Lee, Texwood, Uniqlo and PVH Corp.’s Calvin Klein — account for only 12 percent of the market, according to Euromonitor.

Clarence Hui, who was the managing director of Evisu when it first entered China in 2003, now runs a marketing company in Shanghai that has advised other denim brands, including Diesel, as they make their way into the Mainland market. He believes a growing number of young Chinese men, particularly in first-tier cities, are sophisticated enough as consumers to seek out specialty denim, including raw and selvage denim, for which Japanese brands are known.

“Previously, male consumers in China were all about being practical,” he said. “Now, the new generation is talking about being original — that is the chance for Japanese denim brands. Now, we need some hard-core retailers to start to do a lot of education in the market, so Chinese consumers understand denim, understand the scarcity of Japanese selvage denim, what makes it special.”

Zhou Ming, a 28-year-old graphic designer who discovered Japanese denim brands on a trip to China’s eastern neighbor in 2012, said he likes Japanese denim in large part because of its authenticity.

“Jeans from Japan,” he explained, pointing at the denim wall in Take 5. “These premium lines aren’t mass produced. It makes them more special.

“Maybe not in the middle of summer, because the weight is a little heavy, but in most weather, I can wear a pair of jeans from one of these brands every day and it fits into my lifestyle,” he added.

Studio D’Artisan, one of Zhou’s favorite brands, has seen its customer base increase significantly over the past 12 months and it’s expecting the trend to continue as more young consumers discover Japanese denim.

“Our sales [in China] have doubled compared with last year,” said a company spokesman. “In China, we have a lot of customers who love Japanese denim — a lot of people who are very picky about what they buy.”

These Chinese consumers follow in the footsteps of jeans-savvy consumers in pockets of North America and Europe — customers who have taken it upon themselves to become educated in all aspects of denim and jeans production, from fibers and dyes to weaving, cutting, laundering and assembling.

Mary Bergstrom, an expert on marketing to young Chinese consumers and author of the book, “All Eyes East: Lessons From the Front Lines of Marketing to China’s Youth,” sees young men such as Zhou being the most obvious targets for Japanese denim brands as they move into the Chinese market.

She specifically means educated, young Chinese men who are internationally minded and are likely to have had some overseas experience, whether as tourists, or for education or work purposes. Until now, the phenomenon is primarily a male-driven one, with Chinese women more interested in the styling of their jeans than the pedigree of the fabrics that go into them.

“You can get from China to Japan in just a few hours, so we see a lot of people coming to Tokyo and buying things to take back home, and often they’ll buy two or three pairs,” he said, adding that, though they are looking for premium products, Chinese consumers are not immune to price concerns. “It’s cheaper to buy [Momotaro] in Japan. The price goes up in China because of things like shipping and import charges. So because of this, I think we get a lot of Chinese shoppers buying our products in the Tokyo area.”

However, the important factor for this kind of consumer, according to Bergstrom, is that Japanese brands tend to be small and specialized, with a focus on vintage styles, as well as raw and selvage denim. They require a level of education and sophistication to be among the insiders who “get” the different weaves, weights and dying processes.

“Japanese brands are very serious about detailing and heritage in their products, and there is a measure of cachet that comes with understanding these design specifications,” she said. “For youth, developing an expertise provides social capital and Japanese denim is a great area to focus on. Denim is appealing because it is wearable and thus can demonstrate status on a regular basis. It comes at a more accessible price point than other collectibles, a car, for example.”

Japanese denim brands, according to Hui, have been particularly cautious about moving into the Chinese market, commonly perceived as a minefield of intellectual property violators. When they do come in, it’s often without a China-specific strategy.

“The companies behind Japanese denim brands are very conservative and the Japanese market is big enough so they don’t really bother to go outside of Japan or use an international language to introduce their brand,” Hui said.

Shinichiro Tao, director of Samurai Jeans, said, “At the moment, we’re just working with an agency that really understands the Japanese denim culture, so we have chosen to leave everything to them. There’s a chance that the agency may expand, but we’ve left that up to them.”

Tabuchi said: “Of course we’d like to keep growing, but we don’t want to do it in a rush. If we find a good partner and it’s good for business, then we would [consider it].”

A second hurdle for Japanese brands is the still-pervasive tendency for mainstream consumers to rely on logos to indicate the status of a particular brand or product.

Both Hui and Peter Caplowe, founder of the Hong Kong-based trade show The Hub and formerly the international distributor of Evisu outside Japan, agree that their former brand, which now boasts 80 Mainland China stores, has had a leg up in this market because of its prominent logo.

“We got the feeling with Evisu that they were really buying because of the prestige. It was really just a logo for them,” said Caplowe, adding that he believes this trend is changing.

A brand’s origins, whether it be European, American or Japanese, is thought to be less important to young Chinese consumers than other factors, including brand heritage and an ability for young Chinese to be able to relate to its story.

“There are human truths and cultural truths and what brands need to do is tap into the cultural truth and the human truth and fuse it into one that doesn’t violate a global brand, but interprets it for China,” Tom Doctoroff, JWT’s Asia-Pacific chief executive officer and author of the book “What Chinese Want,” explained.

Japanese denim brands could do worse when looking for inspiration on capturing the hearts and minds of Chinese consumers than Fast Retailing’s sales juggernaut, Uniqlo, which is already one of Asia’s top five denim brands and has deftly sidestepped potential political problems in China.

“Uniqlo is a great example of a brand that has taken conscious steps to align with Chinese consumers,” Bergstrom said. “First, it seems to be selling the same goods at the same prices in China as it does outside of China and it has ingratiated itself by cocreating limited-edition T-shirts with local designers to celebrate key Chinese cities. Affirming that the brand wants to be fair and aligned with local interests is key.”