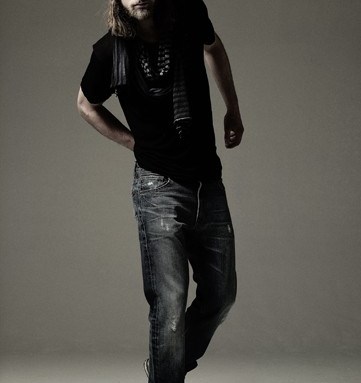 His latest collection, Resin, will launch in limited distribution for fall, representing Gilbert’s bid to lay claim on the sub-$150 price range with a product that can hold its own against powerhouse premium brands on the fit and quality spectrum.

Gilbert’s return to the market has been years in the making. His involvement with Paper Denim & Cloth, the once high-flying premium denim line he founded with Scott Morrison in 1999, ended two years ago. During the summer of 2008, Gilbert said he started looking to get back into the market. However, the weakening economic environment forced an intensive study of the sector and where it was headed.

“With everything that was going on, it became obvious that the world didn’t need another $200 denim line,” Gilbert said.

While the flight from the highest end of the premium segment drove other brands to the $80 to $100 range, Gilbert felt there was still an opportunity for a brand to take control of the $100 to $150 segment.

“There was this gap in the industry that no one owned,” he said.

Gilbert has obtained financial backing from his father, Dick Gilbert, a denim industry veteran who founded the Mudd label. He has also partnered with Tom Nastos, a sourcing expert who will handle aspects of the line’s production. Resin’s structure allows Gilbert to use high-end Japanese fabric, Asian production and wash facilities in Los Angeles. The result is a line with retail price points between $128 and $158.

“My biggest goal is for someone to pick out a pair, try them on, and be shocked when they see the price,” he said.

Co-designers Chantel Valentene and Durango Adams have sought to imbue Resin with a distinctively New York City aesthetic. The majority of the line’s fits for women and men are interpretations of straight- or slim-leg styles. The initial collection consists of five fits in both women’s and men’s. The core women’s style is dubbed the Orion, a skinny-leg jean with a slight flare that Valentene and Adams said is reflective of the styles being worn by their friends and others in areas like the trendy East Village.

“[The Orion] keeps it very New York and very forward without being the traditional overrelaxed boot cut,” Valentene said.

The designers took a similar approach with the Marsden, a tomboy fit that represents Resin’s slightly less relaxed take on the boyfriend style. The women’s offerings also include a skinny fit and a super-skinny legging fit.

Valentene and Durango are looking to their wash treatments to drive a look that conveys a combination of the urban and modern, reflecting inspiration picked up from the city’s rougher edges. Traditional vintage washes, which have experienced a resurgence in recent seasons, have been avoided in favor of darker rinses and treatments that look more tarnished, oil slicked or slate glazed.

“We approached it from a modern view, keeping in mind that our jeans are created to feel like they’ve been worn before the first wear,” Adams said.

The designers have kept Resin clean of embellishments and overstyling, choosing instead to focus on smaller details. The one exception will be pocket linings. Each season an up-and-coming artist will be asked to create a design for the pocket lining and will have their work featured on Resin’s Web site. The first season’s pocket lining will feature a drip print created by Ibrahim Ahmed 3rd.

Gilbert plans to keep distribution of Resin’s first season tight, targeting 20 to 25 top specialty stores in major cities such as Los Angeles, Chicago and New York. He anticipates the line could generate wholesale volume of $1 million in its first year. Despite the difficulties of many boutiques, Gilbert is committed to the channel.

“I know that it’s very important right now for the specialty stores to have brands that aren’t in the department stores,” he said.

Gilbert also expects the overall environment to improve this fall.

“I think denim, so far, is reasonably resilient,” he said. “Things are obviously cyclical, and everybody is down — there’s no way around it. But I certainly see denim being a consistent seller for retailers going forward.”