Citizens of Humanity founder Jerome Dahan talks about his vision for the premium denim company. 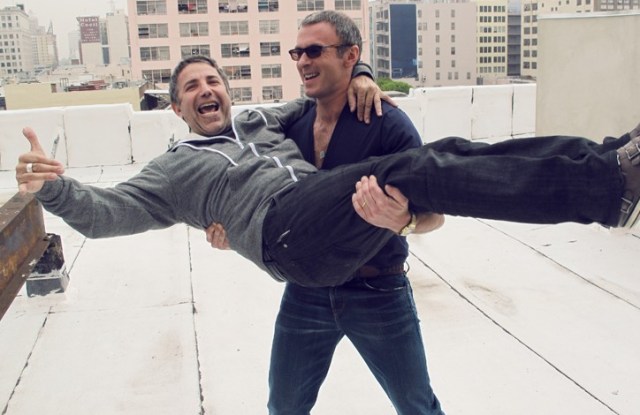 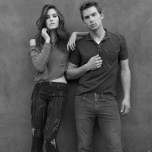 Citizens of Humanity founder Jerome Dahan wants a global footprint for his premium denim company and believes he has the pieces in place to make it happen.

A key component was the appointment this week of Giorgio Presca as chief executive officer after being lured from his post as president of VF Jeanswear International.

Dahan said the selection marked the end of a long search for an executive with the skills to help Huntington, Calif.-based Citizens of Humanity reach the next level in its development.

“The past two-and-a-half years, we’ve been looking for someone to help us get the vision of the company to where we want to be, and someone that can really be part of the company and part of who we are,” said Dahan, who founded the firm in 2002.

Dahan’s potential candidates included 16 people and he met with 15 of them, first speaking with Presca more than a year ago.

“It took me maybe a few minutes to see the person [he is],” he said. “We were, at that point, very, very interested in him.”

Dahan acknowledged it wasn’t easy to entice Presca from his post with VF in Belgium. “He’s a very humble guy, very low-key but very smart, and that’s what we like in the company.”

Dahan has been building up the executive ranks, hiring executives with experience in merchandising, retail development and marketing. Retail veteran Amy Williams joined the company in November, and is serving as executive vice president of marketing and merchandise. Williams began her career with Macy’s and spent 14 years in merchandising with Gap. In 2003, she joined Lucky Brand Jeans to run the label’s retail division.

The company is launching the initiatives as it sees a rebound in business. Dahan said sales exceeded $100 million before the economic crisis. However, the recession hurt sales, and Dahan and his management team decided to shrink the business to help navigate the downturn, reducing sales to between $75 and $80 million last year.

Sales have crept back up beyond $100 million. Dahan said the company has seen a 25 percent to 30 percent improvement over last year. He anticipates that a global push could help double sales within four years.

“When you bring that to a company, automatically you go to $200 million in the next three to four years,” he said. “It’s not about where I want to be, though. I want to grow the image of the company and grow the brand in the right direction, slowly but the right way.

Citizens is distributed in as many as 14 countries, but Dahan recognizes the importance of establishing a strong base of sales in key European and Asian markets, such as Germany and Japan.

Presca said he had “good chemistry” with Dahan and his partner, Adriano Goldschmied, and was attracted to Citizens by the strength of the brand’s identity.

“When you have such a strong identity, this can be really brought to the next level in other countries,” said Presca, who echoed Dahan’s take on the importance of a strong European base and Japan.

“It will be more about us finding the right way to replicate the Citizens concept in each country,” he said. “We need to get with the right people and right creative for the brand in order to be successful. We need to enter countries where we become an aspirational brand and not just a fashion flirt.”

Presca said he intends to start with the company’s strength, which is women’s denim. From there, he intends to move into complementary products, a subject he believes he will likely be discussing with Dahan “endlessly.” He also has his sights set on China and Russia, where the economies have shown resilience.

“How will we make the consumer experience the brand in full bloom?” said Presca, conceding he and Dahan are far from establishing a concrete strategy.

Despite improving economic conditions, Presca said markets around the world will remain challenging.

Ultimately, Presca said the global recession should benefit the brand.

“I think the last two years of crisis has totally changed consumers’ perspective toward branded product,” he said. “I think the consumer is looking for either real brands, meaning brands with a very clear position, or a real bargain. If you look at Citizens in this respect, it is very authentic and has a clear statement of proposition. That’s why I think we have a pretty bright future in front of us.”

Since founding the label, Dahan has attracted both investors and industry talent. In 2006, Berkshire Partners acquired a 62.5 percent majority ownership in the company. The next year, Goldschmied joined Dahan as a partner and executive vice president of product development, bringing his GoldSign label to the company. The partnership also allowed the two to repurchase shares of the company. Dahan and his team have regained majority ownership and did so amicably. he said.

“We are investing our life in this business, so we may as well be controlling it,” Dahan said.