By Kristi Ellis and Arthur Friedman on May 10, 2011
View Slideshow 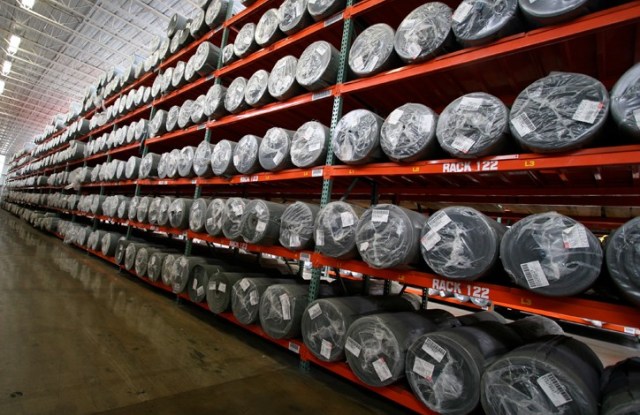 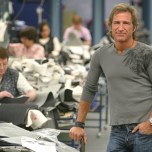 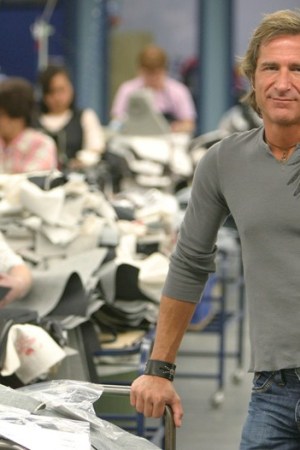 Michael Silver in a Silver Jeans Co. factory in Winnipeg.

Caught in the hottest inflationary cycle they’ve experienced in two decades, denim makers are rethinking the how and where of the way they do business.

No corner of the supply chain has been left untouched by a litany of price increases — from cotton to labor — which are squeezing margins and forcing companies to restrategize. As they scour every point of their cost structure, companies are beginning to pass the price increases on to consumers and bracing for their reaction. Denim giant Levi Strauss & Co. recently raised prices on its men’s product, the largest part of its business, due to soaring cotton prices.

“We face an unpredictable cotton market and unpredictable consumer response to rising prices,” said John Anderson, chief executive officer of Levi Strauss, on the company’s April earnings call. “We took selective price increases on Levi’s spring 2011 men’s product. Those price increases are still working their way into the market, and the long-term impact to consumers’ shopping habits has not yet been determined.”

On the same call, Blake Jorgensen, chief financial officer at Levi’s, said, “The higher cost of cotton could negatively impact margins and working capital as we work our way through 2011.”

Cotton prices have come down from their record peak of $2.44 a pound on March 8 to about $1.57 a pound on Friday, according to the U.S. Department of Agriculture, but remain considerably above historic averages, causing pressure throughout the supply chain.

Alden Halpern, ceo of 4Whatitsworth Inc., in Los Angeles, a junior denim company with jeans retailing from $24 to $34, anticipated the spike in cotton prices a year ago and stockpiled four million yards of fabric at lower prices with his factories in China. Halpern said the strategy paid off and allowed the company to maintain prices, but he will still have to face higher fabric costs in the last three months of the year because his stockpiled denim has sold out. The company, which also makes Tyte Jeans and Rewash Jeans, has developed new blends, such as cotton mixed with polyester and spandex, or blended with polyester, rayon and spandex, to offset high cotton prices.

With that planning, Halpern said it’s been China’s labor shortages, higher minimum wages and exchange rate fluctuations that have had the bigger impact on his business.

“The bottom line is we are working on the lowest margin we’ve ever had, but I still feel comfortable with our adjusted overhead,” Halpern said.

Over the last year, 4Whatitsworth has downsized, moving from a 120,000-square-foot building in City of Commerce, Calif., to a 16,000-square-foot-space in Los Angeles; cut its workforce 20 percent, and moved 11 people to China in a newly opened office. Business is up 40 percent as a result, Halpern said.

Higher cotton prices have forced Makers of True Originals, based in Montreal, to “change the way we make our purchases,” said Francesco Cuffaro, North American sales manager for the company.

“We make bigger and bigger fabric commitments, which is new,” he said.

Cuffaro said the company has “split” the denim fabric increases with retailers. Fabric accounts for 30 percent of the cost of a garment, and Makers of True Originals has seen increases of 10 to 15 percent in the “first cost” of a finished garment.

“We source garments in China and our first cost is rising tremendously, and you can only move up so much in terms of prices because you don’t want to move up so aggressively that you [are priced out] of the moderate price point,” he said.

The company also purchased “tens of thousands of meters of fabric to secure our price, even though it is not cut up immediately.

“We anticipate that cotton prices will continue to increase, and we are continuing to buy our raw materials up front,” Cuffaro said. “We are trying to be reasonable with the increases, and we definitely have to absorb some of the increases ourselves, which dilutes the margins a little.”

Cuffaro and Halpern both said retailers have moved in a calculated way in increasing prices incrementally on cotton products and, as a result, have not met price resistance.

“I don’t think retailers are gouging,” Halpern said. “They are playing it smart and getting customers more comfortable with $2 increases instead of hitting them with the shock of a $5 increase. Most people won’t notice the increases.”

Sourcing is an area that all denim companies are studying as they strive to find countries with lower labor rates to offset some of the rising transportation and raw materials costs.

Michael Silver, president of Silver Jeans Co. in Winnipeg, Canada, said there is “not a lot you can do besides absorb all of the cotton costs yourself as a brand or see that wherever the product comes from, it is worked at the lowest possible margin.”

He said it’s difficult to move jeans production from country to country, but “even we are looking at resource areas that we weren’t as comfortable with in the past.”

“All major brands are moving to Bangladesh, in particular,” he said. “If you can’t get cotton cheap, you try to get labor and washes cheaper, and sometimes without a duty on it. You even look at countries where you pay 25 percent more for fabric prices.”

Denim makers in Mexico also have seen a boost in business from the squeeze on the supply chain that is forcing brands and retailers to take another look at the region as a new or expanded platform, according to denim executives.

Michael Press, president of Ropa Siete Leguas USA and premium denim label Vintage Revolution, whose parent company is based in Mexico and produces certain private label programs for American Eagle Outfitters Inc., Polo Ralph Lauren Corp., Gap Inc. and Seven For All Mankind, said his company has “benefited greatly” from new business due to price pressures in the system.

“So many companies have had reduced profitability for the past two years, and now you throw in cotton price increases and fuel prices are starting to climb,” said Press. “In a lot of cases, these people have chosen to move to Mexico and we have had a huge influx of business to our facility from China. American brands found they are able to get a 25 to 30 percent price reduction in their cost of production, and that was able to offset the increase in cotton.”

“For the past two years, so much of our market has been dark denim, and a lot of the reason is that is the cheapest wash to produce,” Press said.

Carlos Arias, president of Guatemala-based Denimatrix, a division of the Plains Cotton Cooperative Association based in Lubbock, Tex., which produces jeans for such brands as Abercrombie & Fitch, Gap, Guess and Urban Outfitters, said companies could go to three or four places in the past to find yarn or core fabrics, but today it is a “produce-to-order” business, which generally means longer lead times.

Arias said Denimatrix, a vertical company, has greater control of its production cycle than other companies that just source in the Western Hemisphere.

“We have heard horror stories of fabric deliveries that used to be four to five weeks, when yarn is available, now taking 13 to 15 weeks,” Arias said. “When you don’t have cotton secured for the yarn, then it just becomes a longer cycle time to fill orders and everyone has to start from scratch, and nobody will keep inventory throughout the pipeline.”