The Tel Aviv-based company's interest in Jones' jeanswear properties, including Gloria Vanderbilt and L.E.I., could be rekindled in a subsequent round. 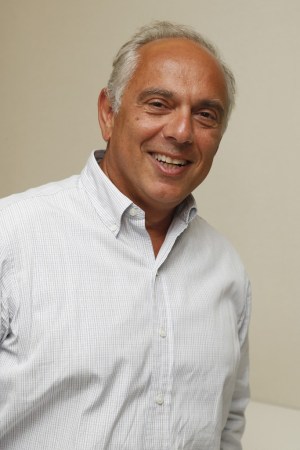 Delta Galil Industries Ltd. is ready to jump back into acquisition mode, but it appears to be staying out of the current bidding for The Jones Group Inc., at least for now.

Isaac Dabah, chief executive officer of the Tel Aviv-based marketer of intimate apparel and activewear, declined comment on the current bidding for Jones. Market sources said Delta wasn’t among the bidders in the first round, in which a sale of the company in its entirety or the two major components of its portfolio, apparel and footwear, is being pursued.

However, Delta’s interest in Jones’ jeanswear properties, including Gloria Vanderbilt and L.E.I., could be rekindled if they were to be offered in a subsequent round, either by Jones or by a buyer of its apparel assets.

Dabah and Jones have a long history. He sold Gloria Vanderbilt Apparel Corp. to Jones for $138 million in 2002 and stayed on as ceo of its jeanswear unit before leaving the company in 2004. As ceo of Delta, he negotiated to acquire Jones’ jeanswear division in late 2011 for between $350 million and $400 million, but the parties were unable to strike a deal.

The impasse with Jones has hardly kept Dabah on the mergers and acquisitions sidelines. Delta acquired German underwear maker Schiesser for 68 million euros, or $85 million, in July 2012, a month after buying KN Karen Neuberger from CIT for $4 million. It added LittleMissMatched, a specialist in girls’ hosiery, for an undisclosed sum in December.

“Better brands are what interests us,” Dabah told WWD. “We’re not limiting ourselves to intimates, although that’s our strength and would be our preference. We’re focused on growing organically, and it would be more appropriate for us to grow in the intimate area, but there’s a limit to where we can grow there.”

He said the “great, huge brands with credibility and market share” either are not for sale or have recently been purchased, as in the case of La Perla and the much larger Maidenform, which was acquired by Hanesbrands Inc. for $575 million a week ago.

“There’s not that much left [in innerwear] that we can see,” Dabah said.

Delta’s involvement as licensee with brands such as Tommy Hilfiger and Kenneth Cole — as well as its ownership of Karen Neuberger and specialization in performance fabrics for innerwear and other markets — has nudged it toward sportswear. Its private-label businesses — with better brands such as Calvin Klein and large retailers including Wal-Mart Stores Inc., Target Corp. and Victoria’s Secret — have added to its comfort level.

Dabah conceded, “Certainly, jeanswear is something that we know and feel comfortable with.” He described Jones’ jeanswear operations as “aggressive, with good management and leadership, and a good business in the mass channel.”

Still, Dabah described the company as “opportunistic,” more inclined to inquire about firms that stir its interest than wait to see what’s available. “We initiated the deal with Schiesser, a customer of Delta, two and a half years ago,” he said. “We pursued LittleMissMatched. And we went after La Perla, even though we were the underbidder.”

Delta today is scheduled to report stronger sales and margins for the second quarter despite profits that were down on a onetime gain a year ago.

Net income for the three months ended June 30 was $8.8 million, or 35 cents a diluted share, off 53.5 percent from the $19 million, or 79 cents, reported in the year-ago quarter. Excluding a series of special items that inflated year-ago profits, such as the gain on an asset sale, net income was up 44.2 percent and year-ago earnings per share were 25 cents.

Revenues rose 38.6 percent to $234.4 million from $169.1 million. Excluding Schiesser, acquired at the start of last year’s third quarter, sales would have risen 29.5 percent to $219 million. Gross margin rose to 26.1 percent of sales from 18.9 percent a year ago, which Dabah attributed to the move to branded products, including Schiesser’s, and a shift toward retail in Israel, where the company has added 15 stores in the past year for a total of 150.