Denim Brands Blend With the Arts

Jeans have moved up the cultural chain. 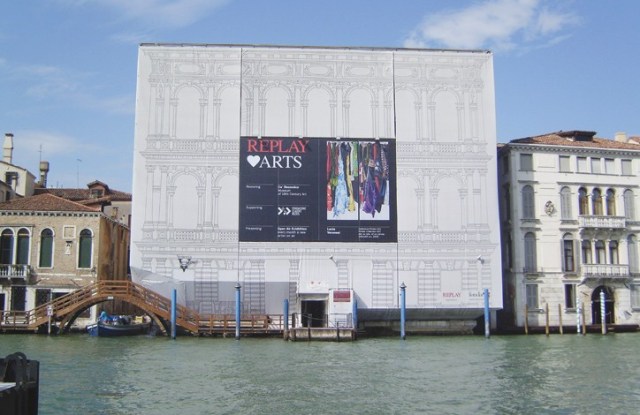 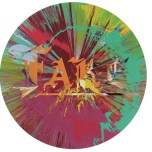 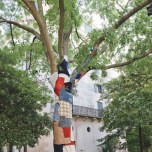 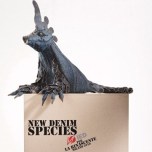 MILAN — After gaining popularity with the rebellious youth culture of the Sixties and becoming a staple of rock-star wardrobes, denim has rarely been associated with arts and culture.

Now things have changed. International denim brands have increasingly been supporting young artists and helping them gain visibility, while a designer’s passion for the arts has become influential in the direction of a brand.

Miss Sixty founder Wichy Hassan, who collects works by artists ranging from Keith Haring, Mark Kostabi and David Gerstein to Jean-Michel Basquiat and Deborah Hirsch in his sprawling, terraced apartment in central Rome, said the brand originally stemmed from his passion for Pop Art as a “mix of fantasy, colors and graphics.” An aspiring painter in his youth, Hassan eventually turned to fashion for a livelihood while continuing to believe the worlds of art and fashion are “not that different.” Between 1994 and 1997, Hassan staged ArtEnergie exhibitions, where artists experimented with denim to create works of art.

“It was an innovative experience, and we still keep all the works [at our headquarters] from artists such as Pierre et Gilles, Sandro Chia, Roy Lichtenstein and Aldo Mondino, to name a few,” said Hassan.

In February, the company opened its first Sixty Café in Shanghai, with an area dedicated to art exhibitions.

For the past four years, the Venice-based Fondazione Claudio Buziol, dedicated to the late founder of the Replay brand, has been supporting young artists, developing their talents and providing visibility and professional opportunities.

“The love of art and the city of Venice are values deeply rooted in our family, a passion that we’ve always cultivated and which we have transferred to our company,” said Buziol’s wife, Paola Dametto Buziol.

Among the foundation’s projects, the fourth edition of the yearly international contest “A Box of Dreams,” which spans from art to fashion and design, was launched on May 12.

The denim brand and the Fondazione have also been promoting the “Replay Loves Arts” project, converting billboards covering the scaffolding for the restoration of Ca’ Rezzonico, a prime museum on the Grand Canal in Venice located in an 18th-century palazzo, into a contemporary art gallery. Replay’s parent company helped finance the recovery of Ca’ Rezzonico, which was completed in March.

The drapes over the construction works helped promote the work of young artists by staging open-air exhibitions on a monthly basis and were later used to create handbags made by former convicts and volunteers, adding a social content to the project. The shoppers are available at the Replay store in Venice and proceeds from the sale help finance the activities of the foundation.

Replay and the foundation also provide a number of selected artists with a three-month residency through the “Artists in Residence” project. Ryts Monet and Valentina Sanna are the latest guests in the period, ranging from April 19 to July 30.

“It is all very consistent,” said Replay chief executive officer Matteo Sinigaglia. “This is a brand based on creativity, and it’s only fitting to be present in the world of arts and support young talent.”

This spring, Italy’s main department store, La Rinascente, asked Italian graphic artist Salvatore Benintende, known as Tvboy, to create cartoonlike works for its windows, playing with the classic iconography of cities such as New York, London, Paris, Tokyo and Rio de Janeiro, and characters wearing denim jeans. The store also supported the “New Denim Species” project in collaboration with the Institute of European Design. Students created several imaginary animals through the innovative use of the denim fabric, which were displayed in a number of La Rinascente windows around Italy.

“We wanted to add a more artistic element to our yearly denim season,” said Tiziana Cardini, fashion director at La Rinascente. “Art is fascinating in terms of communication and is a language we encourage at the store.”

Cardini said she chose denim as the material that could best present a “contemporary interpretation” and an artistic quality.

In March, Levi’s reopened its renovated London flagship on Regent Street and dedicated an 864-square-foot space in the store to the work of 18 contemporary artists, the Levi’s Craftworkers. After this exhibition that marked the inauguration, the space has become a corner “dedicated to the celebration of talent,” said the company. In May, director, designer and illustrator Alex Turvey created large mirrored sculptures for the store and its windows, inspired by traditional circus mirrors.

Levi’s has tied its name to art before. Two years ago, the brand teamed up with Diesel, J Brand, Seven For All Mankind and British pop artist Stuart Semple for an art show at Selfridges. Levi’s also collaborated with Damien Hirst two years ago and created three art works of spin-painted 501 styles and a limited edition Damien Hirst x Levi’s Collection.

In a reverse take, Hirst designed a series of spin paintings inspired by the Fake London brand, founded by his friend Desiree Mejer. To celebrate the relaunch of the label this fall, after a four-year hiatus, Hirst allowed Mejer use of the images — and the paintings were on display at the brand’s Paris showroom in March. Fake London returned to business in a licensing partnership with the Italian manufacturing and distribution firm Italservices SpA, which controls the Met and Cycle denim brands.

Claudio Grotto, chairman and founder of Italian denim label GAS, offered a 25-day residency to 15 artists, ranging from international illustrators and designers to photographers and bloggers, at its Chiuppano, Italy, headquarters at the end of last year. The goal was to reread the history of the brand and publish a book to mark the 25th anniversary of GAS. The book was launched in April this year at Milan’s international furniture and design exhibition, the Salone del Mobile, together with a video presenting the residency.

“I believed in this project because I think that any change stems from the courage to tackle innovation — and from a deep awareness of one’s roots,” said Grotto.

He emphasized the importance of finding new ways to communicate and experiment with creative minds and selected the Salone del Mobile because of its strong element of creativity. “GAS25Days,” published by Happy Books, is available at bookstores and concept stores and will be presented internationally in Barcelona, Berlin, Prague, Budapest, Shanghai and Sydney.