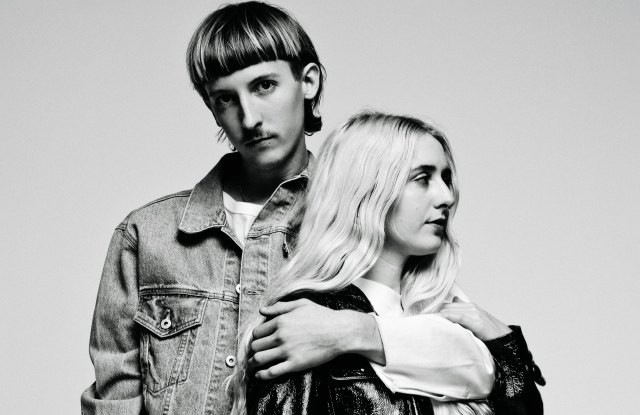 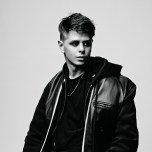 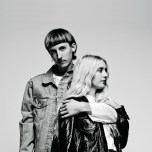 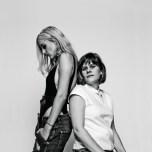 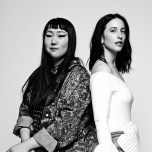 This story first appeared in the October 19, 2016 issue of WWD. Subscribe Today.

What was once linked inextricably with five-pocket blue jeans is morphing into a lifestyle that seems to have a place for everything, from trenchcoats and bomber jackets to cut-off shorts and maxidresses.

The five-pocket style varies as well, encompassing black skinny jeans slit at the knees, boyfriend fits stitched from rigid denim and mom jeans that are purposely left fraying at the hem. And the line demarcating the difference between premium denim and its less-expensive brethren is also blurred, leaving an opening for commoditization and discounts.

Being too diverse to be pegged poses an advantage. At long last, after years of making activewear the outfit du jour, consumers have reignited their interest in denim and signs of a recovery from slumping sales are within grasp.

With this potential, the $13 billion market in the U.S. is attracting newcomers with personal styles reflecting the sector’s breadth, ranging from Khloé Kardashian’s celebration of curves and Erin Fetherston’s easy elegance to Mexican band Maná’s rocker vibe and Nathan Bogle’s ingenuity with deadstock denim. Among famous fashion plates, Jennifer Lawrence and Diane Kruger pulled on slouchy jeans before heading to the Dior and Valentino shows, respectively, at Paris Fashion Week.

The point is that people are wearing jeans again. Following a steady decline from $14.3 billion in 2013, jeans sales in the U.S. showed the first growth in years this summer, according to NPD Group’s Consumer Tracking Service. Annual sales of men’s and women’s jeans rose 2 percent through August, in a sign of continued momentum from the previous month. In the 12 months through August, sales in the men’s sector fell less than 1 percent to $5.2 billion, but sales in the women’s market, which represents almost 60 percent of the jeans market for adults, grew 4 percent to $7.7 billion.

Last month, buttressed by the strength of denim, Macy’s reveled in a brighter outlook for the sector.

At American Rag Cie, where 80 denim lines retail between $89.50 and $1,100, sales are expected to expand 10 to 20 percent in the fourth quarter over the same period last year. Mavi Jeans is reiterating its goal of increasing sales by more than 9 percent to $465 million this year. AG is content with flat growth following a record year of revenue in 2015.

Predictions for an industrywide recovery aren’t uniform. Marshal Cohen, NPD’s chief industry analyst, expects denim to sell briskly during the holidays. Those who are entrenched in the laundries and factories forecast the comeback for later, perhaps eight months from now. What they agree on is the formula for success.

Some brands are still figuring out how to right themselves in a volatile market.

Los Angeles’ J Brand has been posting losses on what parent company Fast Retailing described as “poor performance.” Last June, Moody’s downgraded True Religion’s credit rating, warning that the Manhattan Beach, Calif.-based denim brand’s capital structure is “unsustainable.” Three months later, as True Religion launched posters and digital ads with Ireland Baldwin and Bryshere Y. Gray to spur sales through Black Friday, Fitch Ratings identified the company as one of the retailers at risk of defaulting within the next 24 months.

Consolidating production from multiple factories to a single manufacturer in China, Henry & Belle plans to reduce retail prices for its spring collection by as much as 40 percent to hover between $120 and $128.

“The competition and the price point where we were was too hard,” said Megan Williams, director of sales for the Chicago-based brand. “This price point will be easier for our retailers to buy more from us and sell more to customers.”

Innovation is critical for growth. Fifteen years after its founding in Gothenburg, Sweden, Nudie Jeans is advancing its eco mission this fall with selvage jeans mixed with paper, hemp and bamboo. Observing the overall industry, Andreas Åhrman, chief executive officer of Nudie’s North American business, said, “I don’t think we’ve been creative enough in our framework. We have to get out there and do more new and interesting stuff.”

One advantage seen in a mature denim market is the vast knowledge that consumers can access online.

“Right now, there is no set trend,” said Jazmin Kim, who launched the men’s component of S.M.N. Denim in Vernon, Calif., with Jennifer Liss this fall and plans to introduce a women’s line-up next year. “They want to buy what they really want.”

Louis Verdad welcomes hearing that ahead of the spring debut of Verdad, his denim-centric women’s fashion line offering up to 45 pieces, including patchwork palazzo pants and a jumpsuit with peak lapels — but not a single five-pocket style.

“I’d be depressed if someone told us to make a five-pocket jean,” he said. “This is the time for denim to be refurbished full on.”

Suzy Biszantz has tracked movement away from the five-pocket at Joe’s Jeans, where she serves as president and ceo.

“It’s less important, but here to stay,” she said. “People are looking for something different that they don’t have.”

Certainly, Chanel, Sacai, Fausto Puglisi and Temperley London have received the memo to transform denim in next spring’s ready-to-wear collections, sending their luxe versions of jackets, shorts, skirts, even bikini tops down the European runways.

“Denim can be anything now in women’s,” said Eric Goldstein, founder of New York’s Jean Shop.

Premium denim brands are also striving to elevate their sportswear. Not only do these designs look just as good as the five-pocket moneymakers, but they also smarten up the sales floor, said American Rag denim buyer Erika King.

“If we just had a store of only denim, it would be flat,” she said. “It would look more like a museum. We need to add life to it.”