“The retail atmosphere is OK, but newness is paramount,” said Arnold Zimberg at the show, staged at the Wynn. 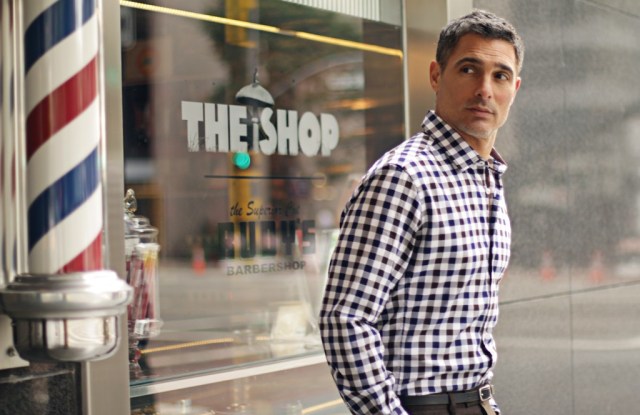 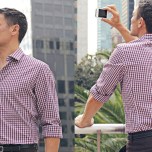 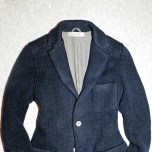 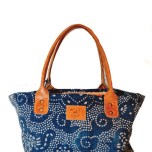 “The retail atmosphere is OK, but newness is paramount,” said Arnold Zimberg at the ENK Vegas show, staged at the Wynn. “Look at this jodhpur stitch on these pants. What does it do? Nothing. But it gives a guy a reason to say, ‘Oh, that looks interesting.’”

Zimberg reintroduced bottoms to his shirt-driven business for fall — but don’t call them chinos. “Chinos is a terrible word,” he said. “There’s a place called J. Crew where you can get chinos for $60. I sell casual pants. I’m not competing with J. Crew. We’re a fashion house.”

Zimberg’s casual pants were fashioned from premium fabrics with a premium price of $225 to $250 at retail, with details like buttons resembling antique English coins and the “interesting” jodhpur stitching.

Hudson Jeans was out to capitalize on a winning sales streak, having grown total sales by 42 percent in 2011, said chief executive officer Peter Kim. “We were up in men’s and women’s, international and department stores,” he noted. One area that was flat, however, was the specialty store channel, which has continued to suffer postrecession, noted Kim.

For fall, Hudson spotlighted coated denim, at $220 retail, in shades of brown that is meant to wash down and abrade the coloring over time. Colored corduroy in tones of sequoia red and burnt orange, at $176, was another key category.

A similar color story was found at Citizens of Humanity, where nondenim jeans in twill and corduroy were top sellers. A corduroy style in a trouser fit and a highly stretchy jean fashioned from a rayon/cotton/cupro/poly blend were new introductions in the assortments.

At Paige Denim, the brand scored for this spring with red and cobalt blue jeans and for fall it continued the trend with a variety of hues, albeit in deeper and more seasonal shades. Oil-coated jeans in shades of mustard, green and gray, retailing for $219, were a key style, with finishes that wash down to a nonwaxy, comfortable feel.

Life After Denim is inching up prices for fall. “Our price points are at the opening level for better retailers,” said brand manager Michael Choi. “But we’re moving that up for fall and offering better fabrics and more premium details.”

Among the brand’s top items were chunky cardigan sweaters in a diamond pattern with a shawl collar for $138, Japanese chambray shirts, a wool coat with fireman’s clasps for $298, jersey-lined shirts for $138 and a leather jacket for $498.

At FVF, a line designed by Perry Ellis veteran Jerry Kaye, eco-friendly washes made an appearance in all parts of the collection, from lightweight Henleys and cotton sweaters to five-pocket pants with stretch. A luxury touch was added with heavy-gauge sweaters for $325 and reverse-dyed zip hoodies for $175, while a tech feel was seen in a camouflage-pattern wool jacket that molds to the body after wearing.

Scott James continued to move its collection beyond its woven shirt roots by showcasing an assortment of outerwear, sweaters and corduroys in seasonal autumnal colors. A top seller was a sweater-knit in a blazer design. With woven shirts still accounting for 42 percent of sales, the brand offered lightweight options in small stripes, checks and houndstooth patterns that will retail for $98.50 to $135.

Heath Golden, ceo of Hampshire Group, which owns Scott James, said the brand is opening a store adjacent to Shaia’s in Birmingham, Ala., on May 1. The 500-square-foot shop, which will be run by the Shaia family, will include access to the main store from the rear. “They’re great customers,” Golden said of the Shaia’s family. “It’s a great model for us.”

Equilibrio, a Los Angeles-based shirtmaker, introduced a new fit technology called Motion D with a sculpted side panel that creates the appearance of a slimmer silhouette, allowing for a better range of motion and reducing bunching.

“We have a provisional U.S. patent on the technology,” said Paolo Dorigo, ceo. “The human body is 3-D and this is 4-D. All other shirts have a front panel, a back panel and side seams. But this technology creates a slim look without removing a single piece of fabric. It’s like smoke and mirrors. It’s designed for the guy who wants a slim shirt but doesn’t want to look like a 10-pound sausage in a five-pound casing.”

Prices for the shirts are $175 to $195 and pattern offerings include mini buffalo checks, jacquards and fine dobbies.

Will Leather Goods used a variety of vintage fabrics for its fall bag collection. These included 75-year-old batik denim originally used as tablecloths, which owner Bill Adler pieced together with vintage leather on totes. In addition, old coffee sacks were relined with khaki canvas and braided handles, while antique Cherokee blankets were reborn on mason bags, mail sacks and totes.

Ceremonial wedding dress runners from Thailand were inlaid with vintage leather and waxed canvas for other models. Prices for the batik bags are $150, the Thailand bags are $180 and the Indian blanket models are $495 to $595.

“Each piece is different,” Adler said of the limited edition items, many of which are numbered. “They’re like wearable pieces of art.”