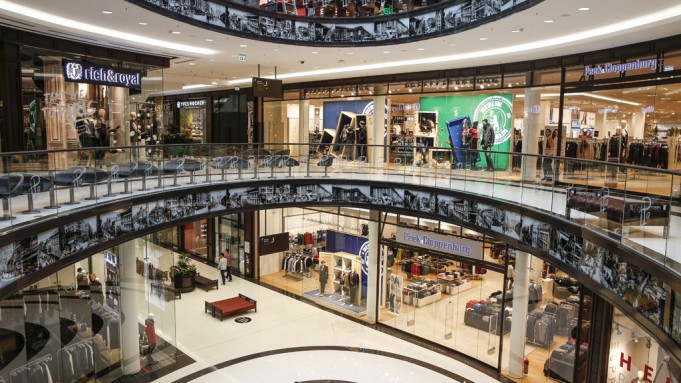 BERLIN — Amsterdam isn’t the only European city vying for the distinction of European Denim Capital.

As Berlin gears up for major expansion and upgrading of shopping malls, denim brands from both sides of the Atlantic are streaming into the German capital, anxious to take advantage of a boom in retail development, its lure to tourists and fashion-savvy youth, and the country’s resilient economy.

The appeal of the city became increasingly apparent earlier this year when Göteborg, Sweden-based Nudie Jeans and Amsterdam’s Denham the Jeanmaker opened their first stores at the Blue Yard, in close proximity to 14 Oz. and key players from the denim segment at Berlin’s Hackescher Markt, a hub of denim activity.

Now, a second blue epicenter — all under one roof — has emerged at the Mall of Berlin covering more than 800,000 square feet of retail space, making it Germany’s second largest mall after Gropius-Passagen and the country’s most upscale shopping center. The opening of the shopping center has long been anticipated by the local retail industry. Located at the former historic Wertheim department store at Leipziger Platz, it offers a broader range of more-exclusive brands than normal German shopping centers.

The compound houses better and premium labels seen at Hackescher Markt, such as Seven For All Mankind, G-Star Raw, Mavi, Pepe Jeans and Replay, as well as clothing brands with a denim focus like Guess, Bench, Mexx and Esprit. Hollister, Liu Jo, Armani Jeans and One Green Elephant, which have been present in higher-income regions of western Germany, have made their Berlin debut. Denim & Supply Ralph Lauren chose the capital as an entry point to the German market and Rich & Royal opened its first monobrand store here.

“There’s a lot of energy in Berlin because of the many possibilities and the potential for development,” said Andreas Kogge, national director and team leader for retail leasing at Jones Lang LaSalle Retail GmbH. “Being present here is an investment for the future because it is a fashionable, liberal urban environment and a lot of people come to the city.

“For denim brands, Berlin is like an El Dorado,” he added, referring to the “golden one” of Colombian legend. “The Bread & Butter [trade show] has created a good atmosphere and a lot of awareness and many brands that have exhibited at the fair eventually lease a store in Berlin.”

Karl-Heinz Müller, founder of Bread & Butter and 14 Oz., has been a staunch advocate of Berlin’s denim beat, drawing worldwide attention to the city and collaborating with Nudie on its Berlin store.

The opening of the Mall of Berlin falls into a realm of recent retail development in the German capital that includes the Bikini Berlin mall, a myriad of individual stores and brand expansions like Uniqlo and H&M’s Monki, which has opened two Berlin units in a year.

“We love Berlin as a fashion city and we believe it’s a great opportunity to open here because it is important,” said Lea Rytz Goldman, Monki’s chief operating officer.

Access to tourists and the density of denim brands already in place has added to its ability to attract other brands.

“The German capital is the most international location in the country,” said Marco Marchi, vice president and head of style at Liu Jo SpA, on the brand’s recent opening at the Mall of Berlin. “For us it’s important to create a deep connection with this city, which is growing so fast, which is evolving month after month, even in terms of trends and styles. In such a scenario, competition between different brands can only be constructive. We are always happy to take up a new challenge. It’s a way to understand how much we are worth.”

Emin Cezairli, a director of Mavi Jeans, said, “While our store at Hackescher Markt is successful in a top ‘A’ location, the Mall of Berlin offers a well-selected mix of denim brands and, as a premium mall, is a tourist hot spot. With Berlin Fashion Week and Bread & Butter, it is the lifestyle and trend center of the DACH region [Germany, Austria, Switzerland] and inspires the denim segment. Berlin is a metropolis; it is a fashion platform with an international brand environment and Germany is our most important market in Europe.”

Axel Schukies, international account manager and country manager for Germany at G-Star Raw, said, “The denim market still holds a lot of expansion potential and Berlin is important internationally because it is perceived as innovative and design-loving, attributes that also represent our brand.”

Berlin is seen as a magnet for the young and the hip around the world, the capital of what is, even in light of recent economic turmoil, Europe’s most stable economy.

Numbers from the market research institute GfK and the Statistical Office for Berlin-Brandenburg show Berlin accounting for 42.9 percent of sales in Germany’s top 10 retail markets with growth rates of 4 percent in adjusted and 3.6 percent in real terms.

“London is the traditional entry point to the European market, but it is highly competitive, requires key money and has seen a recession during the past years, as have cities like Paris and Milan,” said Achim Berg, partner at McKinsey & Co. with responsibility for apparel, fashion and luxury. “Even though Germany does not have great growth potential, it is a very economically stable market and the big German cities offer fewer barriers than some of the more traditional fashion hot spots like London, Paris or Milan. That’s why it has become more attractive.”

In Germany, denim has had “an extremely long run through various price segments,” Berg said. “It is a megatrend and naturally apparel companies want to profit from it.”

Germany is also getting more attention because of the more challenged economies to its south.

Javier Seara, partner and managing director at the Boston Consulting Group, noted, “Even though per-capita consumption in Germany is lower than in France or Italy, it is the biggest market in terms of total volume. So its sheer size and stability make the German market attractive. And Berlin is establishing itself as a fashion capital. It is internationally perceived as a cool location, as ‘the place to be’ and is therefore seen as the right entry to the German market. Flagship stores are relatively underrepresented, so what’s happening at the moment is a catch-up expansion.”

Add to that Berlin’s vaunted status as a music and art haven among young people, the continuing “casualization” of the workplace wardrobe and its closeness to the denim hub of Amsterdam — just over 400 miles — and the city’s interest in denim is easy to understand, said Seara.

Still, overdevelopment is a concern, especially with per-capita consumption of apparel stalled, growing just 0.8 percent a year in the decade ending in 2013, according to Euromonitor. Although it’s unlikely to affect tourists’ shopping, the growth of e-tail at the expense of brick-and-mortar retail poses a challenge, and the expansion of the Mall of Berlin next year — an additional 50 shops on the boards to go with the 270 already in operation — and new projects — Upper West, Forum Museumsinsel and the former Tacheles — planned for 2016. Merchants will be keeping a close eye on store performance, and hoping that the German economy doesn’t face any additional headwinds.