Exhibitors at last week’s Denim by Première Vision cited the soaring cost of cotton as a growing issue. 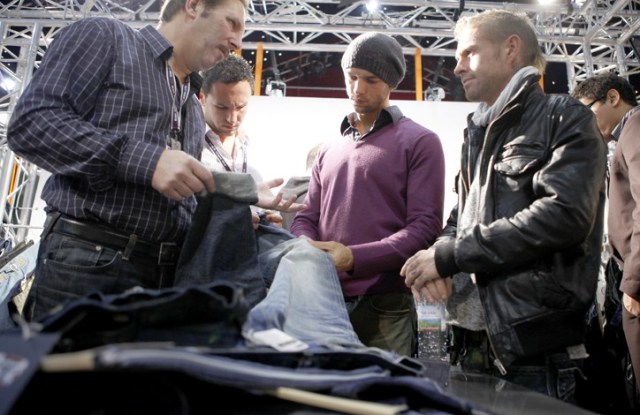 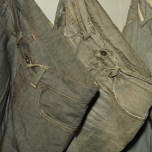 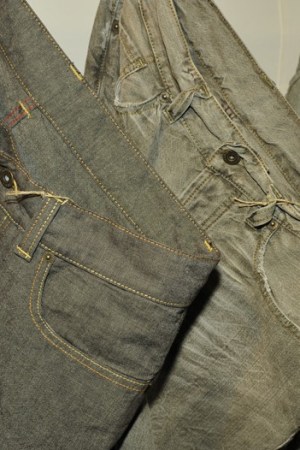 PARIS — The denim world’s blues are starting to lift.

Exhibitors and attendees at last week’s Denim by Première Vision show cited an uptick in business for the second half of 2009. However, the soaring cost of cotton is making price a growing issue for many.

The fair ended its two-day run at the Paris Docks on Thursday. The show’s organizers plan to move the exhibition to the city’s La Halle Freyssinet for the next session, scheduled to run June 2 and 3.

“Business picked up midyear, which meant we were able to bring along our merchant…[but] the budget is definitely down from last year and I don’t foresee it getting better for next year,” said Stephan Szkotnicki, senior director of men’s denim, and men’s and women’s jewelry at A|X Armani Exchange.

Szkotnicki lauded the turnout of manufacturers and said he was meeting with firms based in the Euro-Med zone, where Armani Exchange plans to move some of its production.

“We’re considering switching small increments to give us leverage for what’s happening in Asia, as it’s not always the cheapest,” he said.

Bruno Van den Weghe, sales director of Italdenim SpA, said, “Compared to the same time last year, we’re in good shape. But the pressure is still on to decrease prices, and we’re already as low as we can go. There’s still big consumption of denim, but overall retail prices have dropped.”

The firm introduced a new yarn-dye canvas range that lends itself to the burgeoning chino trend.

Rashid Iqbal Nasir, director of Naveena Group, a Pakistan-based denim fabric and apparel manufacturer that works with the likes of Gap, Levi’s and Jordache, agreed that prices were a sore point. Nasir pointed to a 25 to 30 percent jump in cotton prices.

The cost of a pound of cotton spiked 68 percent to 63.35 cents in November compared with 37.70 cents a year earlier, according to WWD’s monthly Fiber Price Sheet.

“We are pushing to increase prices and brands will either have to lose out on margins or pass it to the consumers,” Nasir said.

Denim production has grown significantly in the country with around 12 new plants opening there over the past five years, according to Nasir.

Pakistan has invested in state-of-the-art technology for mills, which are also hiring technical assistants from Europe to develop new finishes, he said, a growing trend in Asia. Naveena Group plans to open a new site devoted to production for European brands in 2010.

Thomas Dislich, chief executive officer of Vicunha Europe, said the firm aims to open production sites in Brazil, Europe and Asia over the next four years.

Some visitors came to the show wielding beefier budgets.

Among key spring 2011 trends, visitors pointed to super light weights, especially for women, the continuation of the super stretch skinny-leg styles and vintage treatments. The season will also see denim used for things other than jeans, such as shirting, lightweight jackets and dresses.

Armani’s Szkotnicki was a fan of the new kinds of blends on display, used in such fabrics as jacquard, herringbone and plaid. However, the industry continues to put its focus on stretch.

“Even in this economic downturn, our business has continued to be strong,” said a spokeswoman for Invista. “On Lycra, demand for super-stretch is fueling growth.”

Ingrid Dohme, European communications manager for Dow Fiber Solutions, said, “The market has been picking up and we’ve seen a great response from brands and mills for Dow XLA 4-way stretch fiber.”

Color was another strong driver at the show.

“I like the dense pure poppy colors where, when you wash them down, the color really pops out,” said Klas Dalquist, a fabrics and finish designer for Lee.

Novelties presented at the salon included a white selvedge by Japanese weaver Kuroki, a range of new generation “Denim Valley by Royo” colors and a garment-dye collection by Dow Fiber Solutions and Jeanologia.

“People are looking for quick basics, but they also want to see new trends and innovation,” said a spokesman for Tavex, which unveiled its Denim Therapy line of technical fabrics said to improve one’s muscle tone, equilibrium and general sense of wellbeing.

“The whole name tag on the bottom thing is over,” said Frederic Forestier, the firm’s design manager. “This is meant to be worn on the fifth pocket in front.”

Several brands are due to launch the concept over the coming months, he said.