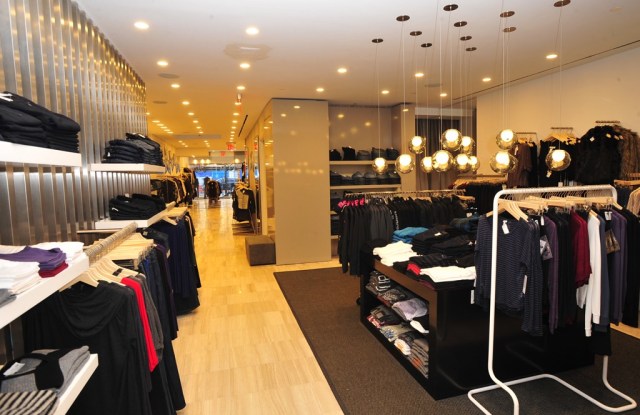 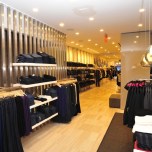 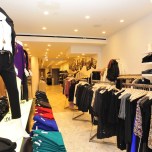 Even e-commerce has had to take a backseat at Denim Habit.

The Philadelphia-area women’s premium denim specialist, which opened its first New York unit in the Meatpacking District last month, opened its second unit in Manhattan, in the Murray Hill section at 525 Third Avenue, last Friday, and will pull off the feat of tripling its New York presence in less than one month this Friday, when it hits the Upper East Side with a store at 1335 Third Avenue. Both of the stores were previously units of National Jean Co. and measure about 1,100 square feet, about half the size of the Meatpacking District store.

Denim Habit and National Jean Co. are both divisions of NJC Holdings, but it’s Denim Habit, with its more contemporary aesthetic and smaller footprint, that’s currently the focus of the company.

“We want to build the Denim Habit brand in the city and eventually become the dominant retailer of premium denim on the East Coast, covering Connecticut to Washington,” said Wayne Shulick, president and chief operating officer of the company. “We’ve got a number of other projects we’re looking into right now that should enable us to grow both organically and through acquisition, but taking advantage of the opportunity to get three stores in operation in a short time span has certainly helped elevate the brand.”

Just about the only item on Shulick’s to-do list for 2011 that hasn’t been completed is the transformation of the brand’s Web site, denimhabit.com, into an e-commerce venture. “We got spread a little thin with all we did with new stores, but we expect to be able to do business on the Web very soon, possibly by the end of the month,” the executive told WWD.

Meanwhile, he’s encouraged by the initial reaction to the Murray Hill store and “beyond pleased” with the performance of the Meatpacking District unit as it approaches the end of its first month in business. “It’s still very early, but we’re well ahead of projections so far,” Shulick said, reminded of initial expectations of a store that could gross $3 million in sales in its first year.

Until last month, Denim Habit was strictly a suburban Philadelphia phenomenon, with stores at The Promenade in Marlton, N.J., and Suburban Square in Ardmore, Pa. The brand assortment mirrors that of the original stores, as well as that of the National Jeans operation, with such premium denim labels as Adriano Goldschmied, DL1961, Henry & Belle, Hudson and J Brand sharing space. Denim Habit mixes in a number of exclusive denim and sportswear items, such as Dylan Alexa. Denim accounts for 43 percent of sales, a number that dips in the summer and advances in the fall.

“I wasn’t completely sold on colored denim,” Shulick said, “but it’s on fire, has turned out to be huge and looks like it will continue.”

Denim Habit has been among the specialty retailers that have been able to sustain momentum in the premium denim area by treating the category more like sportswear and actively integrating sportswear into its jeans presentation, much as a number of top brands have supplemented their denim offerings with compatible sportswear. “Our customers pretty much dictate to us what they want, and this approach has certainly been working,” Shulick said. “We’re getting more units per sale than we used to, and average unit retail is pretty good. Our mix is better, and the economy is better. That all helps.”

Its next venture might take it out of Manhattan. Declining to disclose specific details because of nondisclosure agreements, Shulick said that the company is currently in negotiations regarding an acquisition for “a Denim Habit project in the Tristate area.” Talks are expected to be completed by the first week of next month, with a new concept ready to launch by the end of March.

“After that, we’ll start revisiting Manhattan again,” he said.