Denim makers say efforts to promote sustainability are being hampered by a reluctant industry and price-conscious consumers. 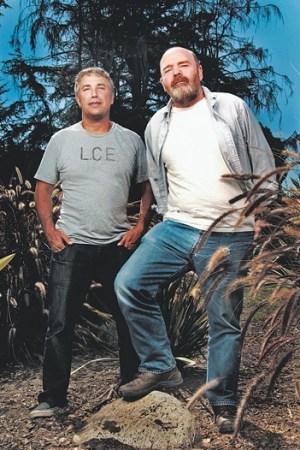 LONG BEACH, Calif. — Denim manufacturers, designers and retailers said their efforts to push innovation and promote sustainability are being hampered by a reluctant industry and price-conscious consumers.

A symposium sponsored by the American Association of Textile Chemists & Colorists this month at the Hilton Hotel here attracted representatives from Nordstrom Inc., Aritzia, Casual Male Retail Group Inc., J.C. Penney Co. Inc., Lands’ End and other retailers, who came to cull information on how to better design their collections and market to eco-conscious customers.

But the ambitions of those attending “Fashion Trends, Technologies and Sustainability in Denim and Garment Wet Processing” were tempered by the recession, which also reduced the number of participants to 112 from 189 two years ago, when the last conference was held.

Executives at the conference had the opportunity to join a new organization, the Center for Economically Sustainable Textile & Apparel Businesses, run by North Carolina State University and the Institute of Textile Technology. Set to launch this month, the group aims to provide information, analysis and resources to promote sustainable, social, economic and environmental practices in the global textile supply chain.

Ninety-two percent of companies expect sustainability budgets to remain flat or increase next year, according to a survey by research and consulting firm Business for Social Responsibility.

The symposium also sought to address misconceptions about fibers and textile processes that have been touted as green or eco-friendly. Executives were encouraged to look beyond the use of organic cotton as the only way to green up their assortments. One alternative involves using cationic cotton, which has a positive charge that allows fabrics to be dyed in less time without the use of salt or alkali. Suppliers of cationic cotton include Cottina Group, National Spinning, Tuscarora Yarns and Buhler Yarns. Producers also can use basic cotton grown in California with some chemicals and fertilizers, but less than what is used in conventional farming methods.

Despite being natural, vegetable dyes aren’t as cost effective as chemical dyes and might contain heavy metals that could damage the environment. Bamboo, which must undergo a chemically intensive process to transform the fast-growing plant into a textile fiber, also was uniformly rejected as an environmentally responsible fiber for the apparel industry.

“We look at sustainability as a methodical process to do what we do better,” said Len Farias, a representative of Cotton Incorporated.

Even the woven label sewn onto the collar of a shirt could be improved. Five million woven labels adds up to 6,175 pounds of polyester yarn, or 211,550 plastic bottles, said Barry van Dyk, a director at Avery Dennison, which offers labels in recycled polyester, organic cotton and a blend of environmentally friendly and regular fabrics.

Huntsman and Genencor have collaborated on an enzyme-based bleach that requires no sodium hydroxide, less water and less time. For its Diresul dyes, Clariant Corp. developed a new dyeing system called Pad-Ox that promises a 60 percent decrease in water consumption, no need to wash before oxidation and clear waste water.

Dow Corning introduced its silicon-based GP 8000 technology, which it said would save 33 percent water and 43 percent energy by combining steps in the denim laundry process that produces soft, well-worn jeans.

Despite the focus on improving production methods, it is the consumers’ washing of the garment during its lifetime that ultimately uses the most water and energy. Levi Strauss & Co. has sought to better educate consumers on this and change their behavior. In April, the San Francisco-based denim company collaborated with Tide detergent and Wal-Mart Stores Inc. to encourage customers to wash its jeans in cold water. During the two-week promotion in 1,500 stores, Levi’s reported a 35 percent increase in sales, said Joe Don Long, manager of fabrics for Levi’s Americas sourcing.

Adriano Goldschmied, the founder of GoldSign and executive vice president at Citizens of Humanity, gave the keynote talk and said it might take 20 years before he can create jeans featuring whiskers, aggressive washes and other details appealing to premium denim customers in a completely sustainable process.

“They don’t compromise on their aesthetic,” he said.

Yet, it was the textiles that truly inspired him. For example, Goldschmied believes a superstretch fabric that he began developing with a Japanese mill almost three years ago represents a game-changer for the premium denim market.

“The fabrics, in many ways, create the innovation that lasts more than one season,” he said.

One of the key questions addressed by the speakers is how to convince price-conscious consumers to accept the higher costs associated with sustainable technologies and business practices in a recession.

“We’re really talking about pennies” per unit, said Gilbert O’Neal, president of the Institute of Textile Technology. “We really have to draw the line and toe the line so that the choices the consumers have are sustainable.”

O’Neal added, “The retailers can have a big role in enforcing and making their suppliers accountable.”