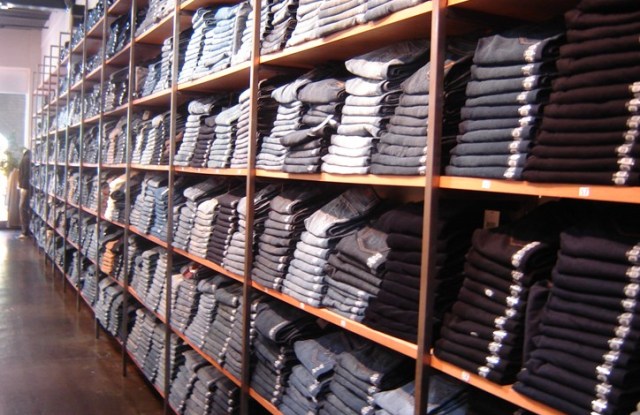 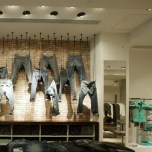 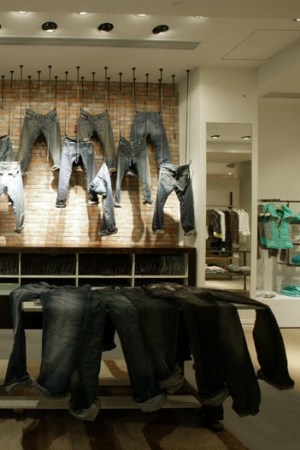 Teen retailers have seen resistance to jeans priced at more than $100.

Denim proved to be a winning category for retailers throughout the recession and its momentum carried through the holiday season — but the warning lights are flashing.

While the better-than-expected sales have been welcome news for brands and retailers alike, December’s results offered a clear picture of consumers’ pricing limitations as the new year approaches.

“The reset button has been pressed,” said Andreas Kurz, former head of Diesel USA and Seven For All Mankind and now president and owner of fashion consultancy Akari Enterprises LLC. “We are back at the level where we were two years ago, and we have to start over again and with different rules.”

Lawrence Scott, owner of Pittsburgh Jeans Co., has seen the change in his customers. They’ve continued to buy, but their tolerance levels on pricing have become pronounced and aren’t likely to change soon.

“Nobody wants ridiculously overpriced jeans,” said Scott. “Anything over $300, they’re really not interested in it right now. Even in the mid-$200 range, you’re on shaky ground. It’s going to take a long time to get back to those higher levels.”

And difficult economic conditions may have brought an early end to the vintage and distressed looks seen a year ago.

Customers are balking at paying upward of $250 for jeans that look worn or have holes in them, said Gallagher, adding: “I think the manufacturers are seeing that.”

“Customers are always asking if we’re running promotions and they’re quick to leave if we aren’t,” said Gallagher. “We’re relying a lot on my loyal customers.”

That said, shoppers have been drawn to denim leggings, which are generally cheaper.

Scott and Kurz said the holiday season solidified the $100 to $175 price zone as the denim industry’s clear sweet spot. Kurz noted Joe’s Jeans shifted its assortment to offer more styles at its opening price point, while Rock & Republic introduced its Recession Collection earlier in the year. New entrants to the market, said Kurz, are going straight to the $150 price point.

“Everyone is trying to cover this price point,” said Kurz.

During a conference call on Wednesday to preview December comparable-store sales, due out next week, Stifel Nicolaus retail analyst Richard Jaffe offered further warning about consumers’ mind-sets heading into the new year. Consumers might have salvaged the holiday season, but Jaffe believes they’re likely to retreat once again and focus on saving. This could make spring particularly challenging for retailers that have already cut their costs and reduced inventories. “The game’s gotten much harder for these retailers,” said Jaffe during the conference call.

Scott is expecting to see similar behavior from customers at his store.

“We’re playing it safe still. We’re keeping inventory tight and not keeping the huge inventory levels that we used to,” he said.

Working this way is proving to be the new rule rather than the exception. As a result, new brands looking to enter the market are likely to encounter even greater resistance from the specialty store buyers on whom they depend to build their image and credibility.

“We’ve become so used to this over the past year and a half that it’s in our makeup now to be careful,” said Scott. “For 2010, we’re really focusing in on who does well for us and I’m going deep into those guys. I’m not testing as many brands for spring as we usually would.”

Despite the prospect of lower prices, there’s ample reason for continued faith in the category. The women’s denim market has managed to generate steady growth despite widespread economic decline and a pullback in consumer spending, a development brands and retailers attribute to the higher perceived value and versatility consumers associate with jeans when compared with products such as designer handbags, accessories or tops. WWD’s annual Denim in Depth issue, published in May, found that women’s jeans sales in the U.S. had risen 4.6 percent to $8.03 billion for the 12 months through March, achieving growth through one of the most challenging retail environments in decades.

“I think what we’re beginning to see is that denim has a life of its own,” Marshal Cohen, chief industry analyst at market research firm The NPD Group, which provided the data, told WWD at the time. “I don’t want to say recession-proof, but it was able to maintain whatever growth it had.”

The trend continued through the summer and set denim on solid footing heading into the holiday season. According to NPD data for the 12 months through September, women’s denim sales in the U.S. rose 6.3 percent to $8.36 billion from $7.86 billion during the same period a year ago. The average price women paid for jeans fell 1.3 percent to $23.59 from $23.90. Sales of men’s denim remained essentially flat, logging a 1 percent decline to $5.38 billion from $5.43 billion. Men paid an average of $23.21 for jeans compared with $23.38 a year ago.

“Back-to-school was nonexistent, but after that, October through November was good,” said Scott.

December sales would have been even with those of last year had it not been for the massive snowstorm that blanketed the East Coast the weekend before Christmas.

While comparable-store sales results for December won’t be out until next week, Wall Street analysts felt pre- and post-holiday foot traffic at key specialty store retailers was humming. Denim was repeatedly pointed to as a key item and the frequent target of promotions. “Teen retailers [were] by far the busiest,” said Todd Slater, managing director and specialty retail, apparel and footwear analyst at Lazard Capital Markets, in a report on Monday. “We noted that [Aéropostale] had the most traffic post-Xmas, followed closely by Hollister…with Abercrombie & Fitch and American Eagle at similar levels.”

Jaffe pointed to Aéropostale, Gap, J. Crew and Nordstrom as retailers that are expected to be among the winners of the holiday season. Consumers purchased denim, but Jaffe echoed the issue of price resistance among consumers.

“There’s been a variety of silhouettes in the denim category that have worked,” said Jaffe. “It’s more about price than product this year, though, and more about the under $100 than the over $100.”

Boots were another strong performer during the month, according to Jaffe. Any apparel items that worked with boots, such as skinny jeans, likely got a boost from the trend.

Consumers didn’t abandon the highest end of the denim spectrum. True Religion, with jeans selling from $170 to upward of $300, posted strong sales and claimed more ground in the department store channel, according to Eric Beder, retail analyst at Brean Murray, Carret & Co.

“While last year saw material discounting in the department store channel for True Religion, this year, the price cuts have been shallow,” said Beder in his Dec. 21 “Walking the Mall” report.

An older, crystal-embellished style sold out in about a week at Nordstrom, according to Beder, while the brand’s newer styles sold well with the retailer.

“We are seeing the flow of new True Religion bottoms at Bloomie’s women’s, including satin leggings, and a new rivet-and-button-driven etching offering,” he said. “We believe True Religion has continued to take further share in the department store space, with this year’s offerings at a much higher level of full-price selling.”