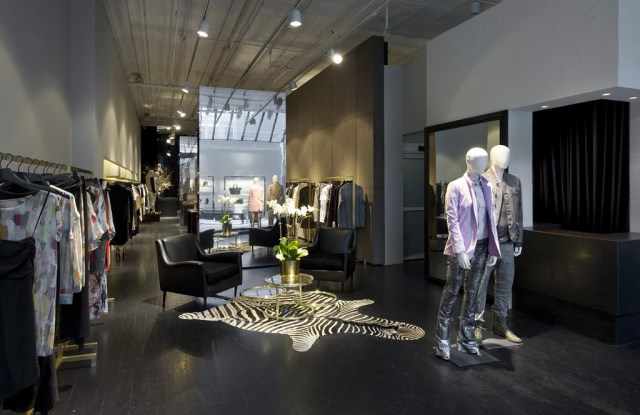 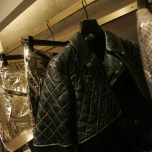 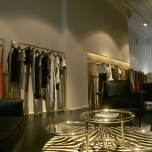 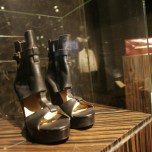 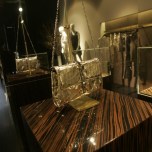 “We’ve built up the brand enough so that now we are comfortable providing consumers with its full expression,” said Cristiano Quieti, chief executive officer of Diesel in the U.S., during a preview of the first Diesel Black Gold store, opening today at 68 Greene Street in Manhattan’s SoHo neighborhood.

Two mirrored monoliths anchor the 2,500-square-foot selling floor, segmenting the space to create some curiosity about what’s behind the flashy barriers. The most advanced styles are in front. Just behind are more versatile, easier-to-wear sportswear and jackets, as well as some accessories. The Black Gold environment is warm and refined, with a dark wood floor and suede walls offset by a zebra-patterned area rug and vintage furniture that suggests the character of much of the product. Behind the front window, there’s a 13-foot-long platform giving extra room for product display and graphics.

At the far end, there’s an 800-square-foot raised accessories area with carpeting and a large skylight, which seems like a separate boutique. “For me, a successful space has something that draws you to the back, something to be discovered,” said Ryan Korban, the store’s interior designer. “We wanted things to feel very well edited.”

Leather represents the core of the collection, while denim — a big component of the parent Diesel brand — is more of a complement. The Black Gold look tends to be cleaner than Diesel, and the shapes are sophisticated, with higher quality materials for an audience that could be older and with greater discretionary income than Diesel’s main clientele. The company cited as key sellers the denims, which are priced from $250 to as high as $800 for Japanese indigo, as well as women’s gold metallic skirts, priced $900; clutches for $430, and men’s leather items priced $950 to $1,800, among other items.

Quieti declined to project the store’s volume. However, he emphasized that Diesel views retail stores for Black Gold as formats to support the wholesaling, rather than an aggressive rollout. A Black Gold store will open in Los Angeles later this year or early in 2013, and Japan and a few European cities are being eyed.

The brand generates $40 million in volume, and sells at 130 doors including Galeries Lafayette, Printemps, La Rinascente, Holt Renfrew, Lane Crawford, Isetan, Takashimaya and specialty stores in the U.S. In a few weeks, Black Gold will begin selling at 10 Bloomingdale’s locations.

With the onset of retail stores, Black Gold must be careful not to disturb its wholesale business. “I don’t think that we are going for extensive retail development,” Quieti said. “We still see monogram stores as the showcase for the brand. We want to make sure we place the brand where there are fashion and contemporary customers.”