Diesel is looking to satisfy its customers’ culinary and musical appetites. 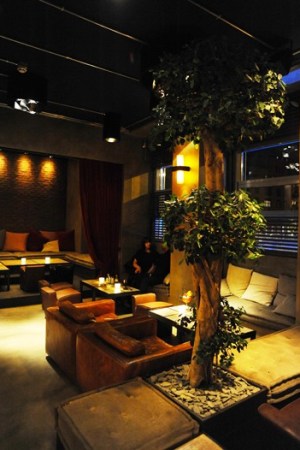 MILAN — Diesel is looking to satisfy its customers’ culinary and musical appetites.

The Italian denim label will unveil its first restaurant today, called Circle. It also is launching an online radio station as part of its annual U:Music competition.

Circle is in the building that houses the company’s Milan offices in the hip Tortona area, and is to be the first of several eateries. Diesel chief executive officer Renzo Rosso plans to open others in the company’s new building in Manhattan’s Chelsea neighborhood and in Diesel’s Braganze, Italy, headquarters. A spokeswoman said Rosso would like the latest, new generation offices to be more open to the city, with exhibition spaces and other common areas.

“A gym, a soccer field, a kindergarten are also planned for the new Braganze headquarters,” said the spokeswoman.

Circle will be accessible from the street and from the Diesel offices. It will be open 7 a.m. to 2 a.m. daily. The first location will be managed by Fabio Acampora and Sebastian Bernandez, owners of Milan’s hot venues Exploit, Living and Refeel di Milano. Chef Diego Macchi will be in charge of the menus, which will feature Rosso’s own wines, Bianco di Rosso and Rosso di Rosso.

Design elements of the restaurant include a DJ booth and a horseshoe-shaped counter covered in a hazelnut-colored leather that separates the restaurant and lounge areas. Above the counter is an imposing chandelier with more than 8,300 lamps in an array of sizes and shapes. Seats and tables are all vintage and recovered by Diesel’s creative team.

In addition to the restaurant, Diesel is relaunching its U:Music talent search and has created an online radio station to support the initiative. The company will offer two selected artists or bands a world tour across 10 cities and a comprehensive program that includes music video production, merchandising and studio space to support new talent.

The radio station will broadcast music by Diesel U:Music artists on the site and in all 400 Diesel stores worldwide. Content will stream live 24 hours a day, seven days a week, to support the upcoming tour. The brand’s Web site will allow bands to share their music, promote their concerts, interact with fans and enter a competition to take part in the global tour later in the summer. Visitors to the site can also download free music.

The two winners, selected by a jury of musicians, journalists and industry professionals, will be announced in June. From July to November, the tour will hit cities such as Berlin, Paris, Madrid, London, Tokyo and New York. Previous winners include Mylo in 2002, Diplo in 2004 and The Cool Kids in 2007.