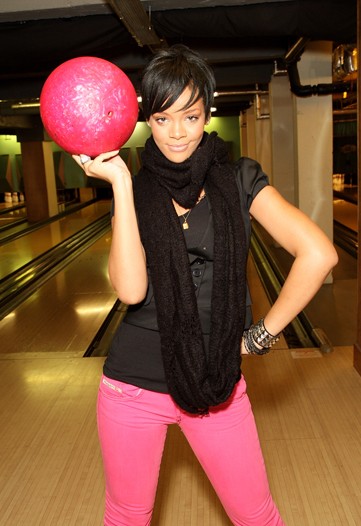 MOLVENA, Italy — Renzo Rosso doesn’t like to do things small scale. Proving the point: Rosso plans to celebrate the 30th anniversary of his Diesel brand by organizing 17 parties in eight time zones — from Tokyo to New York via the likes of Dubai, Zurich, Munich and Oslo — all on Saturday night.

Diesel challenged its operations in each city to create a unique concept, from the giant “Rock ’n’ Roll Circus” à la Mick Jagger in New York, where Rosso will be and which will feature concerts by the likes of N.E.R.D., M.I.A. and Hot Chip, to an “entertainment spaceship” crash landing on Tokyo. And the parties will reach far beyond the 40,000 people expected to attend: They’ll also be shown live on the company’s Web site.

Beyond Rosso’s showmanship, the anniversary festivities show that the curly haired entrepreneur is still as passionate and unconventional as he was in 1978, when he set up shop with Adriano Goldschmied. Well aware of his contribution to the denim world, Rosso doesn’t lack modesty when he toots his horn and analyzes the current fashion scene from atop his $1.78 billion empire.

Diesel annually churns out seven million pairs of five-pocket jeans, with the ability to create as many as 880 variations on any given style. Rosso will unflinchingly pull out of production a winning style, much to the frustration of his sales department. “It keeps the buzz and interest alive,” he explained.

But the brand is now much more than five-pocket denim, and is split into several different subbrands. There is the exclusive Black Gold line, Diesel Denim Gallery and the sportier 55DSL. Diesel also is now part of a much larger group, Only the Brave Srl, which owns Viktor & Rolf and Martin Margiela as well as production powerhouse Staff International.

The creative reins at Diesel remain in the hands of Wilbert Das, the flaxen-haired Dutch designer, who also masterminds the brand’s irreverent ad campaigns — with Rosso’s input, of course (see sidebar).

Throughout its history, Diesel has focused on fit, details, treatments and high-quality manufacturing — constants that have enabled the brand to survive and thrive in a fashion world Rosso believes is increasingly populated by flash-in-the-pan names. “Brands that are launched on a whim or without a strong experience are short lived,” contended Rosso, rubbing his eyes after a late-night celebratory bash with his employees at company headquarters here.

Clad in black jeans and a gray cashmere V-neck, Rosso said he views historical names such as Levi’s, Wrangler and Lee as competitors, but has little patience for designer branded denim. Citing Armani and Prada as examples, he described the category as one that “inflated the market without any authenticity, history or know-how, hence its decline.”

Of course, the likes of Levi’s and Wrangler could have made the same charge against Rosso when he broke into the denim business 30 years ago, especially with a fashion product priced significantly higher than their more commodity denim jeans. “In many ways, we broke new ground, but we also suffered for that because in the beginning the retailers didn’t understand our product or why it was so expensive,” he explained.

Thirty years ago, in fact, Americans didn’t understand near triple-digit price tags for a pair of jeans long considered basics — especially ones that came in styles inspired by the vintage market and had holes. Rosso recalled he launched in America at a time when the priciest jeans were Ralph Lauren’s, at $54, and he was trying to convince buyers to buy ones that retailed for $89.

But consumers responded, especially as they recognized such details as nickel-free rivets, trims that cost six times the price of cheaper ones; double loops that can fit both thick and skinny belts, and the fit. Equally important are the washes, dyes and treatments, a Diesel specialty from the beginning. The company never uses chlorine to bleach or fade denim, but only water and stones, which means prolonging the cycle from 30 minutes for a chemical wash to three hours for stones. Blotches and wear are never mechanical, but are obtained manually using “bricolage” machines.

“This is why our jeans age and fade very well and look better when they’re worn out. We gained experience here by studying 19th-century Levi’s that were manufactured with artisanal techniques,” said Rosso.

About 80 percent of Diesel’s U.S. inventory is manufactured in Italy, but when there’s a dearth of skilled craftsmen, it’s outsourced to North Africa.

And, while the global economic meltdown has many brands running for cover, especially in America, Rosso said the U.S. continues to be the most profitable market for the brand, with annual sales advancing 25 percent and a megastore on Fifth Avenue slated to open early next year (see sidebar).

At 53, Rosso obviously has witnessed change on many fronts — social, technological and cultural — and has always moved to adapt to them. “I think I modified the way of doing business with a younger, fresher and more technologically driven format,” he said. He insisted, though, that he remained focused on his core principles: “I’ve kept my feet on the ground and concentrated on making beautiful and innovative things that still give us emotions. And it’s not for the money.”

But he’s clearly a much richer man compared with when he graduated from the Marconi Technical Institute in 1975 and was hired by a manufacturing company called Moltex, working for Adriano Goldschmied. “They hired me to control production. It was a small company, only 18 employees,” Rosso recalled.

Eventually, though, Rosso became frustrated with managing so many brands. So, in 1985, he decided to strike out on his own and asked Goldschmied if he could buy Diesel, the one to which he felt closest. But as Diesel grew, Rosso began to once again add to his corporate stable while keeping the operations separate under his Only the Brave umbrella. In 2000, Rosso bought cash-strapped Staff International, the high-end manufacturer that produced for him, and two years later acquired Martin Margiela, a partnership that initially raised eyebrows as the flamboyant Rosso and secretive Belgian designer differed as day from night.

“All our designers have very strong and different personalities, so it was important for me to approach them gradually and sweetly to build a positive environment,” Rosso said of how he convinced first Margiela, and then the idiosyncratic duo Viktor Horsting and Rolf Snoeren to sell to his company.

Today, Staff International is the manufacturing arm for the holding company’s businesses, which also include Sophia Kokosalaki, and holds licenses for the production and distribution for Dsquared and Vivienne Westwood.

Rosso describes Only the Brave as a “complex group built on solid foundations.” But he never wants to be too far removed from the day-to-day operations of the company, nor the brand on which it was founded: Diesel. For example, he says he’s elated when consumers recognize him on the streets and want to shake hands.

“These 30 years have flown. I may have changed my way of doing business, but not my sentiments, my stimuli,” said Rosso. “But the day I won’t be as passionate anymore, I will pass down the torch.”