The New York-based jeanswear brand, backed by its Pakistani parent, ADM, has $1.5 million budgeted for print, online and out-of-home media. 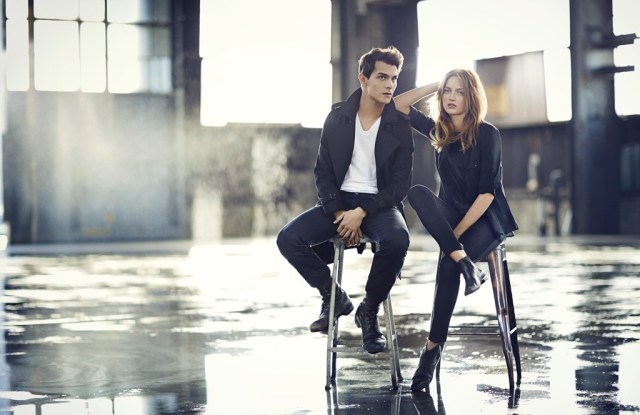 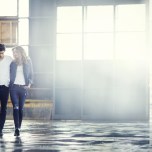 That’s one lesson being learned by DL1961 Premium Denim, the New York-based jeanswear collection backed by its Pakistani parent, ADM, as it looks to build on its upscale distribution with its first consumer advertising campaign this fall.

DL1961, which sells jeans in the $130 to $200 range to customers at stores such as Nordstrom, Neiman Marcus, Saks and Bloomingdale’s, will spend up to $1.5 million during the second half of the year for ads in niche print publications, online and for out-of-home media ranging from billboards in Los Angeles to wall paintings and street advertising in New York.

“Our goal is to move this from a $20 million to an $80 million brand in the next two years, and to do it without sacrificing a gross margin of about 55 percent,” said Sarah Ahmed, creative director for DL1961, which does about 35 percent of its volume in North America and has distribution in 40 other countries.

Assembling a cast of considerable renown, DL1961 engaged Karmen Pedaru, perhaps best known for her work for Michael Kors, and Vincent Lacrocq, with time in front of the camera for Louis Vuitton, for the ads, which were shot by Boo George and directed by J. Crew alumnus Ashley Sargent Price. The biggest challenge, Ahmed noted, was developing a platform that would “make something as natural and effortless as denim not look contrived or oversexualized. We have to sell product at the end of the day, but we wanted to find a different way to do it. Jeans advertising has become pretty predictable recently.”

She said the ads, shot at the Brooklyn Navy Yard, satisfied her quest for distinction. Even before they hit, however, she said they have “enlarged the perception of the brand and helped to boost the size of the buys we’re getting from our accounts. It’s really shocking how direct the results are.”

That sense of shock is shared by ADM’s president and chief executive officer and Sarah’s father, Faisal Ahmed, but for different reasons. “Sarah has taken the lead here, and we’re spending the money that is required to get into the mind of the consumer,” he told WWD. “When you come from the supplier side as we do, these million-dollar ad campaigns are a big adjustment, but they’re also a necessity.”

Based in Karachi, ADM is a vertically integrated manufacturer of jeans, denim and related products that has had its capacity and capabilities tested by its foray into the premium denim market. DL1961 has put its emphasis on fit, and its X-Fit four-way stretch program is a staple in the line, and it’s extended that franchise through a program with Lenzing AG involving ProModal that adds performance and environmental benefits. Men’s is about 10 percent of the business, but, the Faisals believe, poised for rapid growth, as are the nondenim elements of DL1961’s collection.

“The denim market is not an easy market,” Faisal Ahmed noted, “and breaking into the premium market in the U.S. has put a lot of pressure on us — to constantly innovate, to become more efficient, to stay up on trends, whether in fashion or in areas such as laser finishing. It’s required a lot more investment, but it’s made us better at what we’ve always done and taught us to do new things.”

DL1961 is also putting together an advisory board, of which Loretta Soffe, former executive vice president and general merchandise manager of Nordstrom Inc., is the charter member. The brand has been working with Robert Burke & Associates, giving it a mix of Soffe’s Western and Burke’s Eastern retail orientation and input on merchandising, design, marketing and branding as it looks to increase its business with major upscale accounts and its impact on the Millennial customer.

Faisal Ahmed is interested in adding a financial expert to the advisory board as well. Although until now it has financed its venture into premium on its own, it’s received inquiries from venture capital and private equity investors.

“We aren’t looking to sell a piece of the business,” the elder Ahmed said. “We’d certainly be willing to listen, but anyone we’d become involved with would have to bring something tangible to the business, some new expertise to the table.”