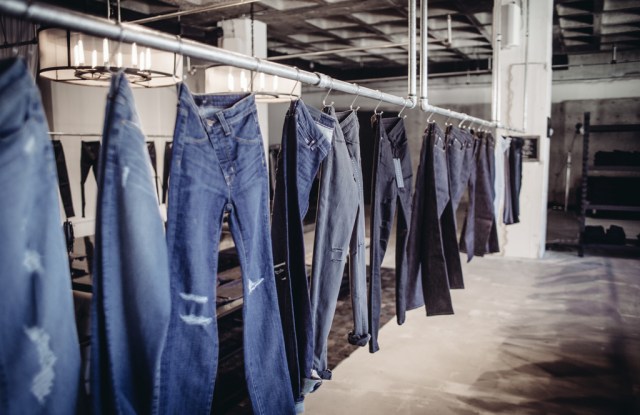 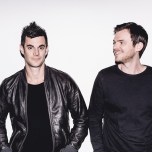 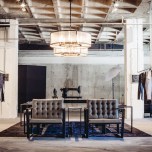 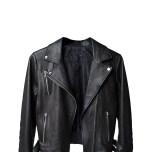 Two guys with no experience in retail or fashion start an online, premium denim business.

Sounds like the start of a bad joke, but it’s actually how Los Angeles-based DSTLD (pronounced “distilled”) came to be last year, won over customers and, more recently, venture capital and just recently began expanding beyond its core denim.

The company, which nabbed $4.4 million in seed funding last year, just began selling men’s and women’s aviator sunglasses for $105. That follows a recent roll out of Modal tops made in Los Angeles that sell for $25 to $28 and a $600 motorcycle jacket made from Italian leather as DSTLD seeks to become a full-fledged lifestyle basics brand with the caveat: “The goal of the business is distilling your wardrobe,” said co-chief executive officer and creative director Corey Epstein. “Let other people do color. If you want to buy the color of the season, great. We only produce in black, white and denim.”

That’s a theme echoed in the spelling of the company’s name, which Epstein explained is “the distilled version of [the word] distilled.”

The company is the result of a pivot in the original business, 20Jeans, which was also a direct-to-consumer denim firm but focused on the lower-priced end of the young men’s market. The company was importing mainly from Asia, but the model lacked the speed to market the founders desired, and the quality control.

So they changed up the strategy and moved production to Los Angeles.

“We put our heads together on where we really wanted to take the brand, knowing we wanted to launch into women’s, and we altered the goal of the company, which was to offer jeans at direct-to-consumer pricing, finding the best luxury items,” Epstein said.

DSTLD is riding on a transparency wave that’s given rise to a whole new crop of e-tailers promising quality at a fraction of the cost by focusing on producing a few things well, cutting out the middleman retailer and selling direct to consumers. They’re operating their business in the company of brands such as Everlane and Cuyana of San Francisco along with Aella, MeUndies and Reformation of Los Angeles, among a raft of others.

“The margin structure in fashion is disingenuous,” said cofounder and co-ceo Mark Lynn. “It’s so all over the place. There’s no correlation between price and quality and people really hate that because it’s like ‘Oh, I just paid $200 for something that’s cheap and then sometimes I find something that’s really good but it’s not that expensive.’ It’s very confusing to the customer.”

Lynn pointed to his Kaihara denim, sourced from the mill of the same name in Japan and cut and sewn in L.A. DSTLD sells its Kaihara black denim for $85, whereas the markup in a more traditional retail setting could be as much as $225 or more.

“These are the nicest mills, the nicest construction, the nicest quality products at a price point that’s essentially fast fashion so we think that’s kind of a cool thing,” Lynn said.

DSTLD expects sales of $5 million this year and will likely turn a profit that will be funneled back into growing the business, Lynn said.

“In e-commerce, you tend to look more at unit economics because someone can be profitable, but if you’re profitable on $50,000 in sales that doesn’t mean much, right?” he said. “So what you’re trying to do is hit a certain point of critical mass before you’re focused on growth for the first several years.”

And it’s a race when you’re part of a fast-moving pack of disruptors. Slow and steady doesn’t necessarily win the race in e-commerce.

“When you’re in a disruptive business, market penetration and moving quickly to acquire a large swath of the market is really important,” Epstein said.

Up next is brick-and-mortar, with New York the likely place for DSTLD’s first shop, which could open as early as next year.