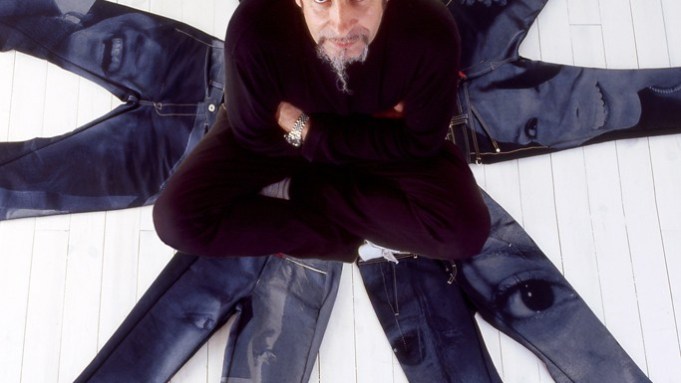 PARIS — The economy may be slow in the euro zone, but the area of sustainable denim has a flurry of initiatives.

Companies like Nudie in Sweden, with its organic cotton and recycling program, and a handful of others are innovating in a sustainable direction, using green methods of producing and washing jeans. Danish brand Jack & Jones has introduced Low Impact Denim, a new concept designed to lower its impact on the environment, described in a promotional video on YouTube.

Meanwhile, in western Wales in the U.K., The Hiut Denim Co., founded by David Hieatt, is helping to revive the small town of Cardigan. Before the days of outsourcing, Cardigan boasted a denim factory, which crafted 35,000 pairs a week, the brand said. The new label’s mission is to make jeans locally again.

Marithé and François Girbaud in France have long been leaders in this area, preaching the use of laser treatments that produce a worn look instead of sandblasting, which is dangerous for workers. An exhibition that opened on Oct. 24 at The Museum of Art and Industry in Saint-Etienne in central France looks back at the label’s innovations such as “watt washing” and a 70 percent waterless treatment, which is a combination of oxygen and ozone.

“The biggest challenge is the finishes, that is where most of the environmental damage is done, but also where there is the most gain to be made [if we make them cleaner],” said James Veenhoff, president of the House of Denim Jean School in Amsterdam.

The school welcomed its first students in September and Veenhoff said sustainability is fully integrated in the curriculum.

“I see innovations coming from the high-tech and the low-tech, hand-loomed denim coming out of India and Turkey, reinvigorating age-old craftsmanship, at the same time, super-high-tech innovations like plasma- and ozone-based treatment,” said Veenhoff.

On the low-tech end, a high-brow initiative was taken by Delhi-based Rajesh Dudeja which has launched The Handloom Denim, a range of high-fashion apparel in handloom denim. The process is hand-based, involving “hand-dyeing, hand-sizing, hand-reeling, hand-warping and hand-weaving for a very low carbon footprint,” according to the firm.

Larger companies including Dutch denim brand G-Star and Levi’s, which has a large presence in Europe, are playing in the sustainability sweepstakes, too.

“There are innovations both from the hard-core, niche, retro brands and from the big brands,” said Veenhoff.

Europe’s guidelines regarding environmental issues are also having an impact. REACH addresses chemical components and Biocidal, a new regulation, is set to come into force in 2013. The rule regards a family of chemical substances that deal with killing germs such as antigerms, antismell and antifungus for sportswear, for example.

“[Biocidal products regulation] will be relevant for fashion, specifically around antimicrobial treatments, which are part of the finishing process of some garments,” said Pamela Ravasio, managing director of TexSture, a consultancy firm that advises textile firms on sustainability issues. “They even get used for cases where, properly speaking, they are not needed, but convenient initially.”

In addition, there are numerous certification bodies (see box), so just about every European denim firm has been subjected to — or voluntarily participated in — some kind of sustainability standard.

“Levi’s has published its full list of suppliers, not only the names but also phone numbers. We have entered an era of transparency,” said Ravasio.

And an era of collaboration, too. Levi’s and G-Star teamed up with H&M, Nike and the like in 2011 to develop a joint road map toward achieving zero discharge of hazardous chemicals by 2020.

According to Goldschmied, organic cotton only has small potential. On the other hand, recycled fibers and breakthroughs in cellulosic fibers, which are cellulosic fibers such as modal and Tencel, make up an interesting area for research.

Another factor for Europe’s edge on sustainability issues, Goldschmied said, is that the continent counts a flurry of reputed suppliers. Among the best in class, he praised Italy-based Martelli for its developments in vintage washing that improve the environmental impact of products compared with traditional washes.

François Girbaud lauded Spain’s Jeanologia, a firm that specializes in environmentally friendly garment finishing. The firm has introduced in the beginning of 2012 a new technology called E-Soft, which softens garments without relying on water. E-Soft consists of an electro flow reactor that produces nano bubbles, in which the bubble flow is applied to garments.

“There are 30 machines around the world for now,” Jeanologia’s president Enrique Silla said.

On the recycling front, KICI, a Dutch charity that collects used garments in the Netherlands, is creating momentum, helping to develop a sorting machine, set to be inaugurated in November. It sorts heaps of old clothes into six bins, one each for pure wool, cotton, polyester, acrylic and bins for common cotton mixtures. Recycled fabric can be spun from the shreds of the used clothing.

According to Textile Exchange’s Ducas, big gains can also be made by addressing the dyeing processes.

“There is very little communication around dyeing processes as it is [a] very complicated [process],” she said. “Chemical companies like Clariant are doing research, but it takes time.”

WHAT IS NOW ENVIRONMENTALLY REQUIRED OF DENIM SUPPLIERS IN THE EURO ZONE:

They are standards that give verification to a final product containing a given amount of organically grown cotton. The OE 100 and OE Blended are voluntary standards and do not address the use of chemicals or any other aspects of production beyond the integrity of the organic fiber.

It is intended for companies that are making and/or selling products with recycled content. The standard applies to the full supply chain and addresses traceability, environmental principles, social requirements and labeling. Developed with the textile industry in mind, the GRS may also be applied to products from any industry.

• Bluesign is a management system that covers all environmental, health and safety aspects along the textile manufacturing chain.

• OEKO-TEX 1000 is a certification system for environmentally friendly operations in the textile and clothing industry. On the basis of criteria that are updated annually, the standard allows an assessment of the achieved environmental balance and social acceptability.

• ISO 14000 provides tools for companies and organizations looking to identify and control their environmental impact.

• EU EcoFlower is a certification acknowledging that all stages in the production, throughout the textile manufacturing chain, including fiber production, spinning, weaving, knitting, bleaching, dyeing and finishing have met the stringent environmental protocols.

• REACH: Manufacturers and importers are required to gather information on the properties of their chemical substances, which will allow their safe handling, and to register the information in a central database run by the European Chemicals Agency (ECHA) in Helsinki.