By Emilie Marsh and Katya Foreman on May 20, 2010
View Slideshow 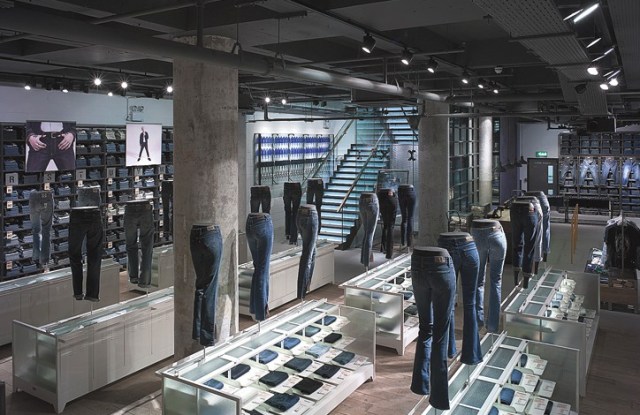 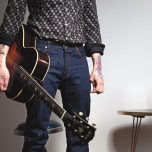 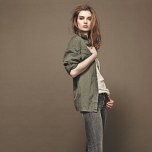 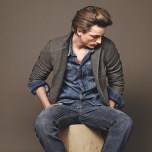 PARIS — Finally, an end to the premium denim blues.

Demand is returning as a fashion staple in Europe, spurred by price adjustments and a focus on quality and innovation, according to denim brands.

“Wouldn’t you feel pretty foolish if you were to spend $400 on a pair of jeans now?” asked Ed Burstell, buying director at Liberty in London. “We’re extremely bullish on the category for the second half of the year. There was a rethinking, or a readjustment down, with regard to pricing that has sparked renewed interest in the category.”

Bestsellers at Liberty include Acne, Nudie Jean, J Brand, Seven Jeans, James Jeans, Current/Elliott, Superfine, Craft and R13. To meet the uptick in demand, the department store will add a “destination denim room” to its men’s department in August, with Levi’s and RRL as anchors. It also will swell its women’s offering by 20 percent for fall.

“I think if anything, at this moment in time, our jeans business is more healthy than it has ever been,” said Brix Smith-Start, who owns Start, a ready-to-wear and denim boutique in East London.

Smith-Start also noted a shift toward affordability. “I think that brands are much more price conscious and possibly less greedy than they were two years ago, but our customers will pay whatever it costs for a good, decent pair of jeans,” she said.

French department store buyers agreed that denim, regarded by consumers as a hot fashion staple that continues to reinvent itself, remains an important category with legs. Denim’s prevalence on the fall runways only served to further spur demand.

While skinny jeans continue to hog the must-have throne, trends set to gain prominence over the coming months include the “jegging,” an uberstretch jean-legging hybrid, as well as iconic heritage denim labels.

“The business climate in Europe continues to be challenging, but we believe there is a healthy market for brands rooted with a strong heritage,” said Armin Broger, president of Levi Strauss & Co. Europe, Middle East and North Africa.

Denim shirts and jackets are also due for a major comeback, retailers predict, thanks to the total denim-look trend that is in the air. De Lalun said creative, fashion-forward denim is in demand, especially from female customers who enjoy sniffing out new trends and labels.

The store’s strategy is based on offering a wide-ranging palette of prices and styles, spanning emerging labels to established heritage brands. Big-bucks “premium premium” jeans are not part of Printemps’ offer, he said. De Lalun, cited Joe’s Jeans and Current/Elliott among the hot new niche additions. Levi’s and Diesel remain the store’s bestsellers, he said.

The design aspect of Notify’s five-pocket fall leather pants, for instance, could justify its 600 euro, or $755 at current exchange, ticket, Deswelle suggested. She added that 300 euro, or $375, slim cargo jeans by J Brand that entered the store late last month were gobbled up by customers in a week due to their high-fashion factor.

Average spending on jeans in the store falls in the 200 euro to 250 euro, or $250 to $315, range. Notify and Seven For All Mankind count among the store’s bestsellers, while brands such as Acne, Citizens of Humanity and Current/Elliott, which was added at the end of last year, are also showing big-volume sales.

“We’ve seen certain brands lower prices, such as Seven For All Mankind for their basics, but for those brands wanting to differentiate, there’s not really a limit,” said Deswelle.

Levi’s Broger said, “Europe is the most competitive jeans market in the world,” adding the market was more “polarized and fragmented” than ever before, causing confusion among consumers.

“Our strength is that we have a number of ranges and jeans fits and finishes that address a variety of connoisseurs, from the most fashion-involved consumer, who wants elevated products such as our new Levi’s Made & Crafted or Levi’s Vintage Clothing range, through to customers who buy products from our Levi’s Red tab range,” Broger said.

For fall, Levi’s is focusing on the women’s collection, elevated premium offerings and the launch of its yet-unnamed brand in Asia.

Levi’s said it plans to accelerate growth through its own store network, opening “recrafted” flagships. The first example of the new concept opened on London’s Regent Street in March.

“The store is part of our strategy to have a significant retail presence in the key fashion capitals around the world,” Broger said.

The credit crisis did cause a few casualties in Europe. Lee Cooper, which is owned by Sun Capital Partners Inc., filed for bankruptcy protection in France in March.

Meanwhile, French denim and sportswear brand April77, which was placed in administration, the French equivalent of Chapter 11, in March, has since recentered its business to focus on its music label and core denim offer.

The firm plans to move its logistics site back to Grenoble, France, and focus distribution in its home market and neighboring countries in Europe. Eleven employees have been laid off.

“Today, the consumer knows what it costs to make a pair of jeans,” said Brice Partouche, April77 founder. “It’s been democratized by the television and magazines. They know the price they should pay.”

Several brands cited lowering fall prices as a key strategy. To that end, Wrangler France, which is owned by VF Corp., has delocalized its manufacturing to a plant in Mauritius recently acquired by the company.

Martial Birembaux, the firm’s commercial director, said in order to remain competitive while allowing for retailer margins, the aim was to lower the brand’s price positioning by around 20 percent, to the 75 euro to 85 euro, or $95 to $110, bracket. Anything priced above that will have a hard time shifting, according to Birembaux, who observed Europe’s denim market is coming back to the prices seen eight or nine years ago.

“We knew we had to elevate ourselves above the pack, so we used more intricate washes and premium fabrics, which are all made in Italy,” said Ohayon, adding fall orders were also up 30 percent. “Honesty is paramount. If you want to sell something for 40 euros that’s worth 40 euros or something for 200 euros which is worth 200 euros, there’s no problem, but if you sell jeans for 200 euros that are worth 20 euros, it’s normal consumers [who] will call the police.”

Notify, which is introducing a military-inspired footwear collection, as well as Notify: My Very First denim collection for kids next fall, said sales last year increased by around 12 percent to 20 million euros, or $24.77 million.

Ohayon attributes the line’s success to the focus on high quality and innovation as well as a lean structure.

“We never overproduce,” he said. “The market is inundated with stock and brands wind up losing their exclusivity. I try to educate the customer to eat what they can.”