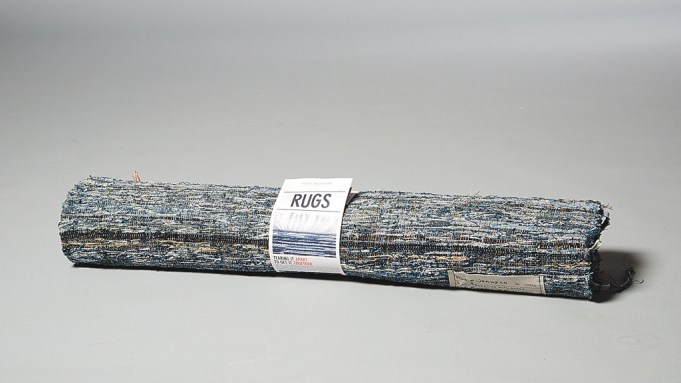 PARIS — “Glamorously green” has long been viewed as an oxymoron in the denim industry, but as new, ecologically friendly processing techniques are putting a greater focus on style, sustainability is becoming increasingly more fashionable.

It’s also becoming more upscale, even beyond the premium brands that have been the greatest champions of environmentally responsible jeans. Vienna’s Gebrüder Stitch (Stitch Brothers) has built what is arguably the world’s first made-to-measure eco-denim brand.

Requiring two fitting appointments and a total of six weeks to produce, a customized pair of Gebrüder Stitch denim jeans is made primarily from Global Organic Textile Standard certified, rainwater-grown cotton, which Moriz Piffl, who cofounded Gebrüder Stitch with Mike Lanner, said they chose “because artificial irrigation is the number-one water consumer, long before washing.”

Piffl said by 2014 he hopes “to achieve 100 percent of our production from rainwater-grown cotton.”

“When we set up the label in 2009, we visited numerous factories, did our research and were appalled by the conditions we discovered, even in [European Union] countries,” he said. “We saw workers wade through artificial resin baths, spray on chemicals without adequate protection. There was formaldehyde vapor in unventilated rooms, and we thought it should be the customer who pays the price instead of those people who produce denim.”

With chemist Christian Schimper, Piffl and Lanner developed an organic enzymatic procedure for bleaching, leaving hypochlorite and potassium permanganate out of the equation. “The method can also be used to produce used effects often done through harmful sandblasting,” added Piffl.

RELATED STORY: Think of It as Amsterdenim >>

Despite prices between 240 and 700 euros, or about $310 to $910 at current exchange, and with waiting periods for a first appointment ranging between four and 12 weeks, the brand has found a loyal following, and “not just among fashionistas who are looking for a funky cut,” Piffl asserted.

The brand is produced locally and fit trumps sustainability among the patrons. “According to our polls, 60 to 65 percent of our customers name the fit as their prime motivator and so they are willing to accept an extra charge, which allows us to be sustainable. We just want to make a cool pair of jeans. The eco part should be self-evident.”

Following its life as a pair of jeans, denim, she said, can be used for a number of things, including insulation, blankets, rugs and paper.

According to Levi Strauss & Co., consumer use is responsible for 58 percent of the environmental burden exacted by an average pair of jeans, followed by production at 21 percent.

The denim company calculated that 23.8 billion pounds of clothing end up in landfills each a year, which is why it encourages people to donate their jeans to an organization through a tag attached to all its washable tops and bottoms.

This spring, Levi’s will utilize more than 3.5 million recycled bottles to produce its Waste<Less collection, including a limited edition of Levi’s 501s in partnership with Will.i.am and Coca-Cola to be launched this month.

“This initiative supports recycling by helping consumers recognize that items they consider waste today are useful and can be a part of a lifestyle product they can use tomorrow,” said Christophe Winnock, director of men’s merchandising and design at Levi’s Europe.

While its Waste<Less denim is made with a minimum 20 percent postconsumer recycled content coming from green and brown bottles, which also imbue the fabric with a distinctive color, Levi’s says consumers can additionally reduce the impact on the climate by up to 50 percent by simply washing their jeans in cold water and line-drying them. Waste<Less is a follow-up to Levi’s ongoing Water<Less initiative.

Piffl has noticed that customers purchasing made-to-measure jeans “are more willing to have a customized pair repaired than a piece of off-the-peg clothing,” and repair for the good of the planet has also been part of the strategy of Nudie Jeans, the Sweden-based denim firm that makes jeans that are 100 percent organic, from fabric made of organic cotton to rivets made of nongalvanized copper. A large portion of the brand’s offering is so-called “dry jeans.”

“It means [if] you don’t wash them for six months, which gives them a nice abrasion, and when they break down — which they actually will — we offer a repair,” said Sandya Lang, the brand’s manager of corporate social responsibility.

Nudie is set to open its first repair shop outside of Sweden this spring. The London location will also stock the brand’s second-hand denim line labeled “Good Environmental Choice.”

“The idea here is: People leave their old jeans to us, we repair and resell them, while [the donor] gets a discount on a new purchase,” said Lang.

“At this point, we do not believe eco is a trend. This is the future and it could easily spread to other categories,” said Lang, noting that Nudie T-shirts and underwear are becoming increasingly popular.
Lang allows that it’s still hard to find an alternative to cotton.

“We experimented with hemp, but we didn’t want to compromise quality,” Lang said. “So for now, we keep to cotton.”

The brand, which saw production increase 30 percent over the past two to three years to 1 million pairs a year, is also investigating new methods of production such as more ecological washes, “But it takes a lot of time,” she said.

Textile Exchange’s McCloskey is convinced a lot more companies would like to go green, but “don’t know where to start. Communication is poor, but you’re not at ground zero and you don’t have to be.”

She cited Levi’s, which researches its own products to obtain previously unavailable statistics on environmental impact and then shares many of its findings with the industry, as a good example of how communication should be done.

The search for fibers with minimal environmental impact has accelerated as the jeans industry and consumers have become more insistent on lower environmental impact in their wardrobes, with higher demand helping to offset the cost of research and development and implementation.

“In the past we didn’t pursue this path because there was no significant interest from denim makers,” said Stefano Cochis of Saluzzo Yarns, which offers NewLife, an eco-friendly fiber made from recycled polyester that can be used for a range of fabrics and is already employed by such firms as Valentino and Giorgio Armani.

Denim, however, is a fairly uncharted territory for NewLife. “It started about six months ago — suddenly denim producers began approaching us,” said Cochis, noting that the renewed interest in green denim coincided with Levi’s Waste<Less campaign.

He noted that the denim fabric made from his yarn has 25 to 45 percent NewLife in it, which makes it more resilient, adding that “cotton will wear down long before NewLife, which is why it is used in industrial fabrics and workwear.”

Even though the remaining 55 to 75 percent of fiber content is cotton, the water reduction is considerable.

“Depending on where you produce, 1 kilogram of cotton yarn needs approximately 20,000 liters to be turned into yarn, whereas 1 kilogram of NewLife only uses 3 liters,” he said. “The gap is huge. It’s our fault, as well, that we haven’t communicated this sooner, but right now is the moment. It’s taking off in the market.”

Renewed interest comes against a backdrop of new action taken by countries such as France, which passed laws for eco-labeling garments, noted Cochis.

“We see the textile industry definitely moving in this direction,” he said. “Our total volumes are growing between 20 and 40 percent a year. We expect to continue at this rate for another two years. Then it will be less intense because we will have reached a threshold, but the volumes in denim are huge worldwide and so we are quite optimistic about its potential.”

Switching to environmentally friendly materials and processes can be profitable for the company, said Textile Exchange’s McCloskey.

“The cost of water for 10 million pounds of textiles was $7 million in the U.S., according to a study conducted 10 years ago,” she said. “Now it’s much more. Reducing water is crucial also from the business perspective.”

Norwegian start-up Nankatan (noncotton in English), is working on what it bills as the world’s first eco-friendly stretch denim without using a thread of cotton. The fabric is based on Monocel, a bamboo-based yarn Nankatan introduced a year ago. In the U.S., the Federal Trade Commission has ruled that bamboo cannot be listed as a final fabric content because the chemicals used to turn the raw material into a fabric transform it into rayon.