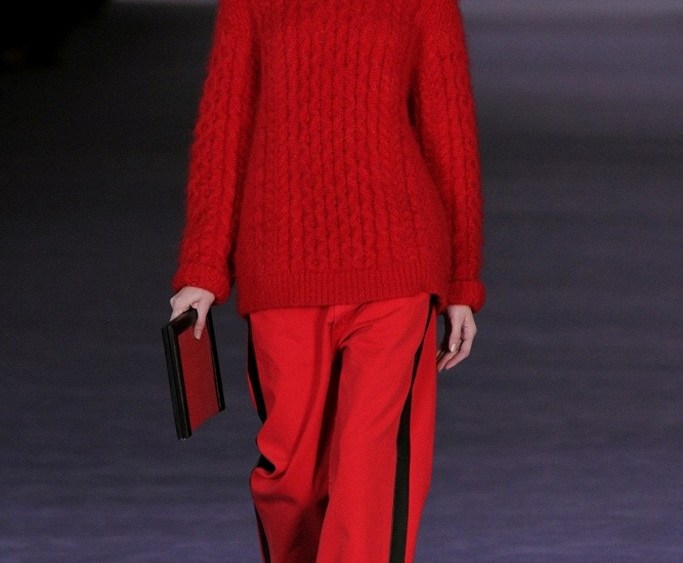 PARIS — European jeans retailers are choosing fashion over discounts as they ride out a difficult business cycle.

In contrast to the trend in the U.S., where back-to-school and fall denim sales have become increasingly promotional in recent years, Western Europeans are upping the fashion ante to generate sales, injecting heavier doses of novelty and often turning to new niche resources, such as Orjan Andersson and Koral. While more traditional blues continue to work their way into stores’ assortments, generous doses of dramatic colors, such as cobalt blue, remain important and there’s openness to new silhouettes.

The jeans market in Western Europe, worth $18.92 billion in 2011, is expected to increase 1.6 percent to $19.22 billion in 2012 and grow 10.6 percent, to $20.92 billion, by 2016, according to market research firm Euromonitor. Standard and premium jeans represent the lion’s share of the market and the smaller but faster-growing superpremium category accounts for the rest.

The back-to-school denim rush is not as big in Europe as it is in the U.S. Still, everyone is waiting to see how the season will shake out.

“In Europe, back-to-school is not such a heavy promotional period as it is in the U.S. But it gives an indication of how the holiday sales will be,” said Judith Russell, an independent apparel and retail consultant who tracks industry and economic trends.

Adhering to its generally cyclical nature, the denim business has been sluggish in recent seasons, with the difficulties confronting European economies exaggerating that softness. Yet Russell senses that the category could enjoy a resurgence even as fiscal problems persist. “You have to let it take its natural course, so that it comes back strong,” she said. “The denim market is going to be [at a low point] for the next six months and hopefully turn around.”

Retailers aren’t seeing a dramatic turnaround now and most aren’t expecting to see one this year. Rosy Biffi, who has five stores in Italy, expects business to be flat in 2012. “The business is in a deadlock. We are waiting for the development of the situation in the next seasons,” she said.

James Leslie, founder of Trilogy, which has five stores, all in upscale London neighborhoods, noted that about 55 percent of its sales are generated during the fall season, with the back-to-school season, from mid-August through mid-September, representing about 10 percent of annual retail sales.

“J Brand is still the brand of choice,” he said. “There is a significant growth in Current/Elliott, Paige Denim and AG Jeans.”

Among the trends showing promise at Trilogy, he added, is leather, whether in combination with denim, coated or included as trim.

There is also interest in velvet, brocade and luxury fabrics. “That is where color is key: electric blue, dark green, bordeaux…,” he said. “And zips are everywhere — on the ankle, on the knee, instead of pockets.”

Trilogy is launching Koral, a new label from Seven for All Mankind cofounder Peter Koral, at the end of September. The Los Angeles-based firm will also launch at Selfridges in London, Colette in Paris and at Ron Herman in Los Angeles.

Browns buying director Laura Larbalestier singled out a “boyish fit,” especially from Orjan Andersson, as the standout fall hit at Browns Focus, the company’s young designers store in London. “It is really good — it is cooler than the boyfriend jeans. It is really on trend with what is happening this season. [Boyish fits] are more relaxed and should be rolled up….I feel last season there was so much print. The fall season is a more unisex, cleaner, sharper look,” she said.

Andersson, a veteran from Cheap Monday who founded his own label, said of the look, “It is almost an anti-fit denim. It is not tight, it is not loose, somewhere in between. Legs are straight and the waist is high.” The label started out in January with 20 stores in Sweden, and has now rolled out to 50 stores in seven countries in Scandinavia, England, the Netherlands and Germany.

Commenting on trends, Biffi lauded stretch leather jeans and colors like pearl gray and cobalt blue. “For men, we will tempt our customers with soft line jeans that are neither stretch nor tight, like the ones from the Care Label worn with patterned silk shirts and dandy ties.” Pencil or cigarette legs are expected to generate interest among women.

Meanwhile at 14 Oz., the denim destination in Berlin, the most in-demand cuts include “tapered fit,” a slim straight cut that gets even narrower down to the ankle, said store manager Daniel Werner. And 14 Oz. also added some small denim brands to its portfolio such as Big John and Kozo from Japan, Rising Sun and Tellason from the U.S. and plans to add Koi from the Netherlands in January.

Denim is due for a comeback, he added, especially raw denim. “Our customers are more and more asking for an honest and authentic denim look,” Werner said.

“In the men’s market, chino is still around but denim as a whole is coming back,” said Dylan Ross, buyer for e-tailer Zalando for the Nordic region.