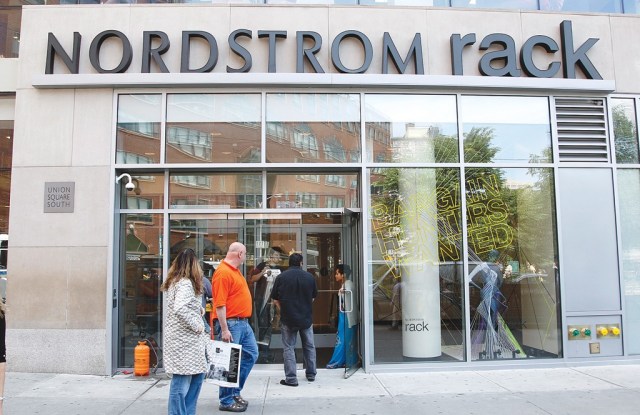 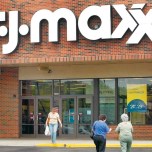 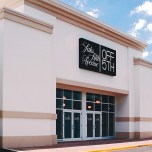 The nature of excess has changed in the denim industry.

While fashion missteps frequently contribute to surplus, denim brands are seizing control of their excess through carefully planned off-price selling, strategic online placement, skilled inventory management and expansion into outlets. The result is that true denim excess in a postrecession world is harder to come by, while excess overall is becoming more prolific, programmatic and profitable.

Once simply “an afterthought and more of a necessary function, but what’s changed in the last five years is the channel has become acceptable as revenue additive,” said Richard Koral, founder and chief executive officer of Jessica’s, the Los Angeles-based company that assists apparel makers’ off-price efforts.

Denim brands’ excess, traditionally 5 to 10 percent of sales, has jumped to 20 percent and occasionally runs as high as 30 percent, according to Koral, making it a significant part of a vendor’s business. Half or more of this is made specifically for off-price retailers as “special makeup.

“Excess is a function of how much you are not going to lose, where special makeup is revenue- and profit-driven,” he explained.

Why has excess — the deliberate kind — become so important? The recession forced retailers and denim brands to reconsider their reliance on traditional full-price shoppers, a shrinking portion of the customer base in tough economic times, and made it crucial for them to incorporate new outlets and off-price stores into their plans. As they did, they helped legitimize those shopping destinations in the minds of customers and even to themselves. Neiman Marcus, Saks Fifth Avenue and Nordstrom, for instance, have given the stamp of approval to off-price by enlarging their Last Call, Off 5th and Rack concepts, respectively.

“Over time, consumers are getting smarter and smarter about outlets and off-price. I think it is increasingly an accepted notion that a large part of the population will happily shop there,” said Todd Hooper, a retail strategist in the San Francisco office of Kurt Salmon.

“It used to be looked upon in a negative way when you found certain brands in certain retailers,” said Larry Sass, executive vice president and managing director of 818 Global Group, which connects apparel firms to retailers, including those in the off-price segment. “Today, there are certain key retailers that no longer are as damaging to the brand.”

Outlets and off-price retailers are out of the closet, and they are definitely not going back in. Business has been too good. Hooper approximated that gross margins at outlets are roughly equal to gross margins at full-price stores. However, many of the expenses associated with building and operating a store are lower for outlets, hastening their proliferation. Value Retail News figures that U.S. outlet-mall square footage has climbed 9 percent over the last 18 months to 70.9 million square feet. Through both wholesale and direct-to-consumer activity, denim brands have a significant outlet presence. Guess Inc. had 128 outlet units in the U.S. and Canada at the end of January, while True Religion Apparel Inc. operated 33 at the end of its second quarter. Joe’s Jeans has 18 outlet stores.

“The volume you are driving through those stores is that much higher than your full price,” said Marc Crossman, president and ceo of Joe’s Jeans. “You are getting a significant amount of turn, and then the rents are cheaper on a relative basis.”

The combination of cheaper rent and faster turns “drives great operating margins,” Crossman said, estimating about a 20 percent overlap between outlet and full-price shoppers and keeping cannibalization of shoppers low.

Outlet stores’ function now “is really as a profit center on its own and to increase sales,” said Koral.

Hooper added, “The majority of product in those stores is product that is made for outlet. It is often designed to be less expensive.” For the most the part, he asserted, the outlet customer is perfectly fine with that. “It is a different consumer and shopping occasion. They have different expectations,” said Hooper.

However, it is not clear that the shoppers at off-price stores are distinct from full-price shoppers. In many cases, they undoubtedly are not. During the firm’s second-quarter earnings call, Nordstrom Inc. president Blake Nordstrom acknowledged synergy between Nordstrom and Nordstrom Rack shoppers. “It’s not the majority of the business. It’s considerably less than that. But there is the customer that goes back and forth,” he said. Hooper noted that among the higher-end chains, their off-price operations tend to skew younger than their full-price stores: “They are hoping there is a feeder system.”

The delicate dance between off-price and full-price is getting increasingly complicated, as full-price stores expand their outlets and off-price giants The TJX Cos. Inc. and Ross Stores Inc. continue to expand. TJX believes its T.J. Maxx and Marshalls stores, together in its Marmaxx Group, can expand to 2,400 stores, and Ross’s dd’s Discounts operation has grown to more than 100 units.

When the recession hit and consumption plummeted, there was enough extra denim inventory to go around to the existing off-pricers and the booming crop of online flash-sale players. These days, the dynamics have shifted. The extra inventory hasn’t kept pace with off-price growth. Holly Kanfer, owner of Think Big Buys, a New York off-price buying office specializing in missy and plus-size apparel, reasoned that brands have done a better job predicting the actual demand for their product at full-price and reducing overstock. In addition, she said, brands operating their own stores tend to keep their excess for themselves, stifling the flow to the off-price channel. Retailers have also gotten a tighter grip on their inventory by taking fewer fashion risks and buying closer to the season.

“So much goods being readily available, that has changed,” said Debra McDougal, ladies’ and girls’ wear buyer for Bermo Enterprises, the Schoolcraft, Mich.-based owner of nearly 30-unit off-price retailer Max 10.

Explained Kanfer, “There isn’t a lot of great-looking goods in the [true off-price] market and that is due to the fact that the manufacturers are not overcutting that much. In the good old days, the [manufacturer] would project that if Macy’s wants 1,200, I am going to cut 2,400, because someone else is going to want them. Now, they may do 1,400.”

Off-pricers are buying merchandise made especially for them or developing their own private labels to fill stores. Last year, TJX ceo Carol Meyrowitz said in USA Today that 85 percent of what’s sold at T.J. Maxx and Marshalls is purchased directly from the manufacturer. During Saks Inc.’s second-quarter earnings call, ceo Stephen I. Sadove divulged that private brands at Off 5th currently account for 25 percent of its revenues.

Bermo’s McDougal said, “A lot of discount people are walking into showrooms and cutting…because there is less desirable product out there for us to buy. That is happening a lot more in the off-price market.”

Goods are made less frequently for online flash-sale Web sites, but these sites are dabbling in special makeup as well. Adam Bernhard, ceo of Nordstrom-owned HauteLook, told WWD earlier this year that 20 percent of its merchandise is so-called planned excess. Jim Weinberg, president and chief merchandising officer of Beyond the Rack, which holds roughly 12 to 14 denim sales monthly, noted the site doesn’t do special makeup at the moment, but would entertain it for especially desirable merchandise. “It is the nature of the off-price business and the consignment model. It’s not a department store; you can’t always get what you want,” he said. Flash-sale sites can be preferable to brands because they often pay 10 to 15 percent more than off-price retailers and, if brands would like to discreetly off-load certain merchandise, the limited time periods of the online flash sales help them do so.

Special makeup is only due to escalate as off-price expansion raises the demand for supply, while mounting competition in off-price means customers can be more discerning about the quality, price and timeliness of merchandise. Already, off-price retailers have found last year’s or last season’s goods don’t have many takers. At Bermo Enterprises’ Max 10, McDougal said about 75 percent of the merchandise on the floor is in season — and the floor is continually flooded with new merchandise. “We have smaller quantities and keep things coming. Right now, we are on a two-week schedule,” she said.

Price is a sensitive issue in off-price as brands try to maintain their full-price revenues and do big business at off-price simultaneously. VF Corp.-owned Seven For All Mankind has pulled back from the off-price channel to bolster its premium positioning, but most upscale denim brands don’t seem to think that off-price distribution is a huge problem, at least judging by their presence at retail. Many of the same premium brands found at Beverly Center in Los Angeles can also be found across the street at The Beverly Connection, where Nordstrom Rack carries them at less than $100 and Marshalls for less than $70, versus the three-digit price points at Beverly Center.

Beyond the Rack’s Weinberg called $99.99 the “magic price point” for designer jeans while Think Big Buys’ Kanfer has seen strength at below $20 for more affordable jeans and at $99.99 for designer jeans but softness in between those amounts.

From a value perspective, Koral chimed in, “If you look at the off-price retailers, typically they want to be at least 50 percent off from full price. Perception is important, and the retailer feels that they have to have the perception that they are offering value.”