Denim manufacturers are revamping strategies for a back-to-school season that just isn't what it used to be. 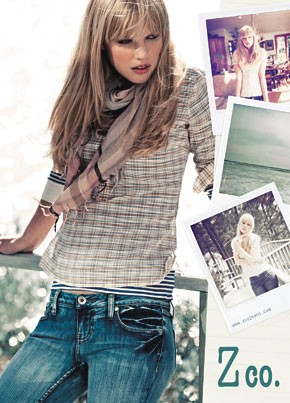 Denim manufacturers are revamping strategies for a back-to-school season that just isn’t what it used to be.

The old days of b-t-s shopping as a summer ritual have faded. As consumer buying patterns have changed, so has the definition of the season.

“Back-to-school used to be considered ‘the juniors’ Christmas, but now, retailers want to see new product every month,” said Lanie Pilnock, senior vice president of brand management for the Iconix-owned Mudd brand. “Now, back-to-school is more of a mind-set.”

In 2007, families with school-age children spent $7.6 billion on clothing and accessories, out of $18.4 billion total b-t-s spending, according to a survey by BIGresearch for the National Retail Federation. While overall spending increased 4.5 percent from 2006, the clothing category was flat, as consumers spent an average of $231.80, compared with $228.14 in 2006.

This year, the struggling economy and spiraling gasoline and food prices could cause consumers to tighten their wallets even further for the b-t-s season. As a result, denim manufacturers are approaching b-t-s with caution. Rather than risking markdowns and excess inventory with huge collections, they are focusing on year-round newness by shoring up replenishment programs. And instead of overplaying trends that may bomb with fickle teen shoppers, they are offering timeless basics and layering on fashion pieces, with the latest treatments, washes and details to keep customers interested.

To hedge their bets, denim firms are introducing fall collections that include tops, dresses and pants in a range of alternative fabrics. Taking cues from contemporary and premium denim markets, junior vendors are launching individualized fit programs for the first time this year. To build brand loyalty, companies are moving to more direct-to-consumer online advertising campaigns that include events, contests and celebrity tie-ins.

“We’re getting back to our roots, with no over-the-top, overstyled product,” Pilnock said. “We know that given this economy, girls’ money is split in many ways, so we’re making things on trend, but timeless and not overly trendy.”

Along with a core line of basic, flared silhouettes, the b-t-s line includes new high-waisted shapes and lighter washes. Mudd will also launch a tops line, with 50 styles in knit and woven fabrics, including attached “twofers,” or knit tops and sweater combinations.

“These are challenging times and retailers want only the product that puts you on the edge of your seat to distinguish them from competitors,” he said. “Stores are not looking for a bunch of stuff, but for a way to offer customers a compelling shopping experience.”

With Jones’ L.E.I. brand transitioning to 3,000 Wal-Mart doors this fall from its distribution in moderate department stores, Jones is rolling out replacement brands, including True Freedom at J.C. Penney and Glo at Kohl’s, Sears and Mervyns.

To motivate consumers, fall product innovations include belts, waist and pocket stitching detail and treatments, from “aggressive washes” to dry sanding and whiskering, said Gross, who added that, despite rising costs of raw materials, retailers are adamant about “maintaining the magic $19.99 and $34.99 price points.”

Mark Levy, president of Vanilla Star jeans, agreed retailers are “chasing what’s working.” While not increasing product for the season, Vanilla Star is beefing up replenishment programs for proven bestsellers, such as with the distressed Eighties-inspired washes that are seeing weekly sell-throughs of 20 percent.

“We see the biggest bump in weekly sales the week after school starts,” he said. “Kids wait to see what their friends are wearing before they come in and buy.”

Vanilla Star signed teen star Emily Osment as spokeswoman in order to bring a “wholesome image that parents and seven- to 16-year-olds will appreciate,” said Levy.

Dollhouse is increasing its marketing budget for fall, but is moving from print to include more direct-to-consumer media, events, social networks and blogs that engage 15- to 25-year-old consumers.

“With a new denim guy out there every day, it’s important to get close to the consumer,” said Deke Jamison, senior vice president of marketing and licensing at Dollhouse. “Back-to-school, the traditional load-it-up and come in during a two-week period, doesn’t exist anymore. Retailers want flow and constant newness and they’ve trained consumers to come in more frequently.”

The Dollhouse b-t-s collection has evolved into a fall transition line, said Jamison. The line is divided this season into two themes — fall includes a skinny-leg, acid-washed punk rock-inspired collection and a group of bleached boot-cut silhouettes with abrasion treatments.

“We have to offer a balance,” said Jamison. “We’re in a reality check, with consumers buying less and retailers being careful.”

The b-t-s season represents up to 40 percent of business for Z Co., a three-year-old brand, but the season is not clearly defined, said Charles Jedara, president.

“There are so many variables, with schools starting at different times around the country, regional weather and dress codes,” he said. “Back-to-school is no longer a strict season.”

For fall, 80 percent of the Z Co. line is denim, in a range of dark, clean looks to bleached denim with rips and tears. The line also includes shorts, and alternative fabrics such as madras plaids and stretch twills.

“Bongo is known for fit, so that’s what we want to maximize,” said Kimberly Lee Minor, vice president of brand management. “We have to find ways to make the brand stand out.”

“With this economy, it’s quality and value that drives the sale,” he said. “We have to make it easy and clear for the consumer.”