The brand has maintained its appeal to generations of female shoppers by adapting to shifts in the retail landscape. 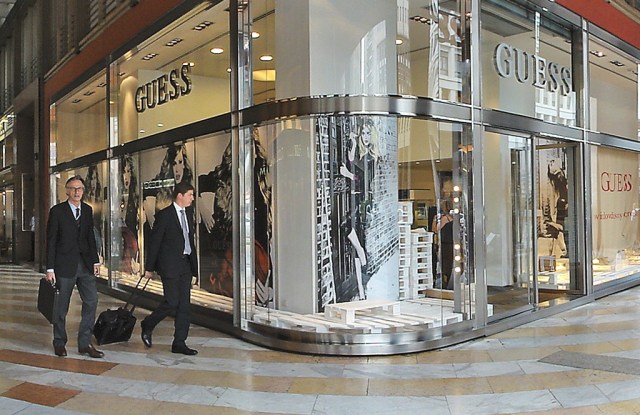 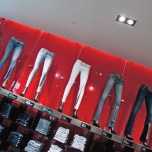 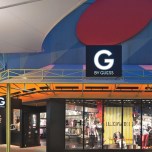 When the Marciano brothers, newly arrived in California, opened their first U.S. store in 1977 at what is now the Westfield Century City shopping center, its customers were listening to ABBA and Queen on their cassette tapes and still getting a handle on credit cards. Today, Guess retail customers are smartphone-toting, social media hounds rocking out to Flo Rida and Katy Perry, shopping at nearly 1,600 stores spanning 87 countries and online, and experimenting with paying for merchandise on their mobile devices.

Music and technology might have changed dramatically since Guess started in retail, and even since it shifted emphasis back to retail around the turn of the century, but the relevancy of Guess stores to its target consumers — women in their Twenties and Thirties — hasn’t. Through generations of female shoppers, Guess has continued to be a force by adapting to shifts in the retail landscape — it has endured five recessions and as many American presidents — while sticking to the same denim-driven, sexy and daring design philosophy that emblazoned its triangle logo on the fashion map initially.

“Guess is a brand and not just a shopping destination,” said Nancy Shachtman, Guess’ president of North America. “We don’t follow every trend, nor would we want to. We focus on our aesthetics. We want to do what is right for the long term of the brand. We want to give one message to our customer.”

RELATED STORY: Paul and Maurice Marciano on the Strategy Ahead >>

Guess has positioned its retail operations, which generated $1.12 billion in sales from North American stores in its last fiscal year, for the long term with geographic diversification to assure it isn’t dependent on any single region. As of March of this year, the company had 575 stores in North America, 561 in Europe and the Middle East, and 423 in Asia. Guess’ percentage of revenues from North American retail has dipped from 50 percent in fiscal year 2000, when North American wholesale accounted for 44 percent of its revenues, to 42 percent in fiscal year 2012, when North American wholesale was a mere 7 percent of revenues, as it has spread across the world. (The company’s financial reporting structure places retail revenues for Europe and Asia within those segments.)

And Guess’ global march is continuing. In China, the company already has more than 100 stores and plans to open 263 new locations this year.  Paul Marciano, vice chairman and chief executive officer, has stated Guess’ goal is to build its Chinese store base to 500 doors within five years. In India, Guess expects to open 50 stores in the next three years on top of its current 25. The brand has even stretched to Africa with 41 stores in South Africa.

Guess isn’t only concerned with expanding its audience country by country. It is also pursuing different age groups. “Our strategy is to capture the customer young, stay with her when she graduates and then stay with her the rest of her life,” explained Shachtman. While Guess’ original retail concept may focus on women in their Twenties and Thirties, its Guess by Marciano concept widens Guess’ demographics to fortysomethings and G by Guess draws teenagers.

Shachtman forecast there could be as many as 100 Guess by Marciano stores in North America, up from some 55 today, but, among its newer concepts, Guess is concentrating on G by Guess to drive retail growth. It is priced 40 to 50 percent lower than Guess’ original concept, and units are mainly located in secondary malls. In North America, there are roughly 60 G by Guess stores, and Shachtman said there would be around 80 by the end of the year. She predicts the concept can grow to a “couple hundred” North American stores. “We believe we have developed an excellent niche in the G market and are making great progress,” said Marciano in a recent earnings conference call, when he also disclosed that the brand broke even in 2011 and is expected to turn its first profit in 2012.

Inside Guess stores, the company has updated its product and its product placement. It has infused the stores with better quality goods, and customers have been willing to pay a premium for them. The average unit retail price has gone up 20 percent in the last year in its full-price stores. To showcase the better quality merchandise in a better light, an effort began a year ago to tweak the merchandising approach to enable customers to easily shop for outfits. Specific areas within stores are being dedicated to casual clothes, dressy clothes, denim and accessories.

“Right now, what we are focusing on is elevating the shopping experience. When a customer comes in now, it is a much better experience. We can bring her to exactly what she likes,” said Shachtman.