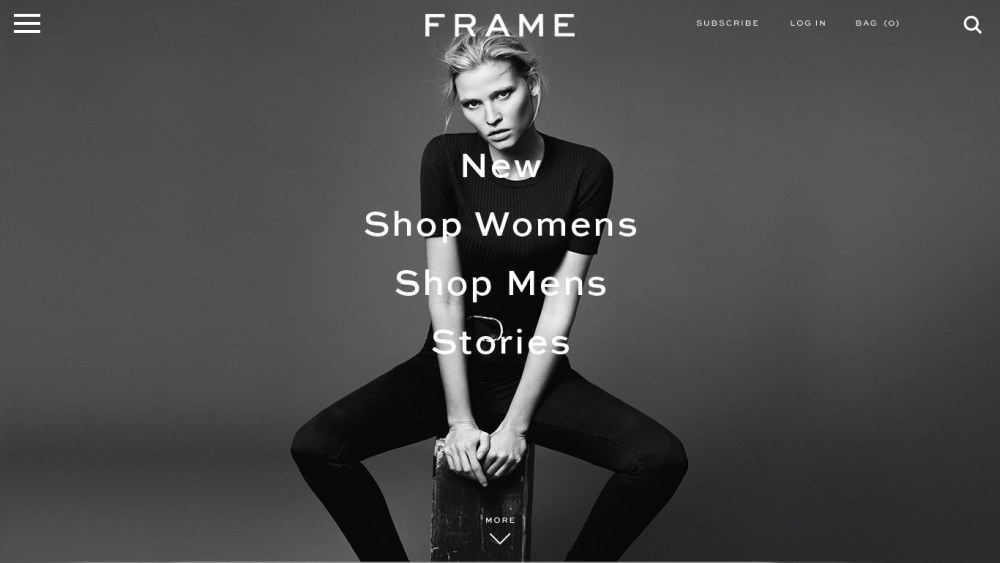 Frame will roll out a series of digital and retail initiatives, WWD has learned.

The brand has launched an e-commerce site with plans to open its first store this month.

“Our goal with Frame-Store.com was to make our brand content as shoppable as possible,” cofounder Erik Torstensson told WWD. “Whether you are viewing the homepage, a look book or showing a piece of related content on a product page. We did not want our brand content just to live in its own silo. The site will feature the full collection. It will also feature a range of content including our men’s and women’s fall and spring campaigns each season, videos, our #GirlsinFrame project and lots more. It also features our Denim Fit Guide as we wanted to have a central location highlighting all of our different fits. We have been working on the site for some time to ensure the best possible experience for our clients and with the launch of the store on Melrose Place in Los Angeles it felt the right time to bring it all together.”

The L.A.-based label plans to roll out exclusive items online in the future. “We currently don’t have any exclusives planned for the first season on Frame-Store.com,” cofounder Jens Grede said. “We will launch with shared product and then will build exclusives in future seasons of which we have several key products.”

The brand will be opening its first store in Los Angeles some time in April with plans to open a shop in New York this summer.

Taking inspiration from a European and Californian aesthetic, the store was designed by Christian Halleröd with a minimalist feel and will feature Californian redwood treatments in ceilings and in oversize windows, a marble fireplace with metal tables created with galvanized steel.

New marketing initiatives include #GirlsinFrame, a social media campaign that consists of women including Julia Restoin Roitfeld, Poppy Delevingne, Elisa Sednaoui, Pernille Teisbaek and Phoebe Tonkin. Portraits of these faces wearing the brand will be featured on the brands social media accounts and Web site and will feature a women per month alongside a Q&A.

“We have worked with an array of industry tastemakers to create our project,” Torstensson said. “#GirlsinFrame is a series of compelling off-duty portraits featuring product immediately available to buy on Frame-Store.com. The images will run on Frame’s social media accounts and on Frame-Store.com.”

“The women featured are widely impacting and influencing both the industry and consumers alike,”Grede said.

“Some of them, like Poppy and Pernille, are also personal friends whose style and character embody the Frame woman,” Grede added. “All are also longstanding supporters of Frame who we love working with.”

The company tapped Lara Stone as the face of the spring campaign released in February and shot by Torstensson. “We first met Lara on a shoot in St. Lucia in 2008 and she was one of our first friends to be sent a pair of jeans when we launched the company in 2012,” said the duo. “We have wanted to collaborate with the her ever since. Working with Lara onset for Frame is like working with family – she’s one of our favorite girls in Frame.”

The label was launched in 2012 by Grede and Torstensson, cofounders of the Saturday group, a multimedia fashion marketing agency. Grede and Torstensson share an editorship role at Industrie Magazine, a biannual publication. The company received investment from Theory’s chief executive officer Andrew Rosen and fellow investor John Howard, who both serve on the board as directors. Rosen and Howard operate under Rosen-Howard Investment Company LLC and have invested in brands including Proenza Schouler, Rag & Bone and Alice + Olivia. Rosen was unavailable for comment. Howard declined to discuss financial terms but noted it as a “personal investment.”