The Amsterdam-based brand will be the first and only denim specialist to have a store on the famed Beverly Hills retail thoroughfare. 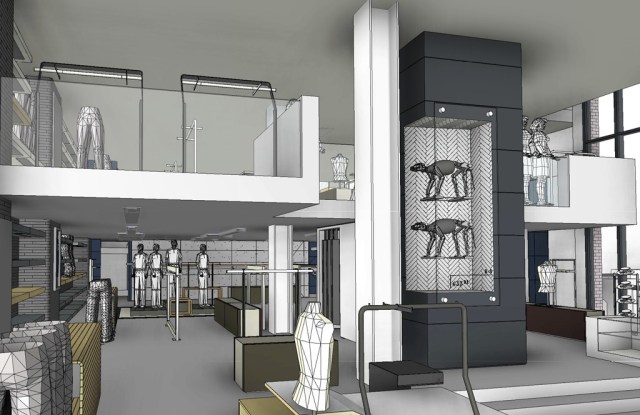 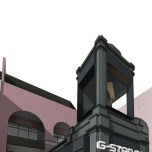 G-Star is taking up residency among the luxury giants on Rodeo Drive.

The Amsterdam-based brand will be the first and only denim specialist to have a store on the famed Beverly Hills retail thoroughfare when the doors to its largest U.S. location at 413 North Rodeo Drive open Dec. 6. G-Star is the latest in a handful of nonluxury players including Juicy Couture, Guess, BCBG Max Azria and Bebe that, in an effort to raise their global profiles, have flocked to Rodeo Drive to be surrounded by the world’s most prestigious storefronts.

“Rodeo Drive will bring extra cachet to the G-Star brand, and I think that G-Star will bring something different to Rodeo Drive by being the first denim brand to open on this iconic street,” said Stuart Millar, executive vice president of G-Star North America. “G-Star holds appeal to an extremely broad consumer base and so this fits with the fact that Rodeo Drive attracts a very diverse visitor. We’re confident that this will be a hugely successful store for us.”

The G-Star store on Rodeo will be the brand’s sole corporate-owned location in the U.S. and one of only three globally. The other two are in Holland. “Rodeo Drive is an incredibly important location for the brand, so we need to make sure that we introduce it very well and that we operate an extremely healthy business,” said Millar. However, he stressed, “It is not our intention to become a retailer.”

A franchisee is expected to take over the Rodeo Drive location six to eight months after it opens.

G-Star set out to present its broadest array of merchandise ever at the Rodeo Drive store, which was designed in-house. The brand added a mezzanine of about 1,300 square feet to the existing 3,200-square-foot space to bring the total selling area to slightly over 4,500 square feet, more than double G-Star’s average store size in the U.S. of 1,950 square feet. About a quarter of the space in a typical G-Star store in the U.S. is dedicated to women’s merchandise, but women’s will inhabit 40 percent of the Rodeo Drive store as part of G-Star’s strategy to have its sales evenly divided between men’s and women’s.

The store will contain design elements characteristic of G-Star retail such as a denim wall while materials used will include glass, steel, concrete and oak. But it will be updated with design changes that spring from G-Star’s ambition to lure a larger proportion of female shoppers. Millar noted G-Star has attempted to soften the look of its stores by, for instance, using more wood and subtle hues for paint over the last three to four months.

The Rodeo Drive store will be G-Star’s 14th in the U.S. and seventh in California. Next year, the brand plans to bring its U.S. store count to at least 19 with openings in Boston, Miami, Minneapolis, Seattle and Atlantic City. By 2015, G-Star’s goal is to open 50 stores in the U.S. and 750 stores globally, up from 282 currently.

G-Star stores account for 45 percent of the brand’s sales in the U.S. The remainder of the sales come from 280 points of wholesale distribution at specialty stores like Atrium and Kitson, and department stores like Nordstrom and Bloomingdale’s. G-Star has also opened so-called Q-Stores — ready-made formats within existing independent specialty stores — and anticipates as many as nine Q-Stores will be established by summer 2012. The company doesn’t break out the U.S. contribution to sales, which top $1 billion globally, but Millar said the brand is growing here in the “high double digits” every season. “We are super happy with the growth,” he said.

Millar declined to disclose sales projections for the store on Rodeo Drive, where annual revenues can vary anywhere from roughly $3 million to $12 million per store depending upon the retail footprint and productivity. “We haven’t opened it as a marketing tool. It is definitely going to operate with a view of making a profit,” said Millar.