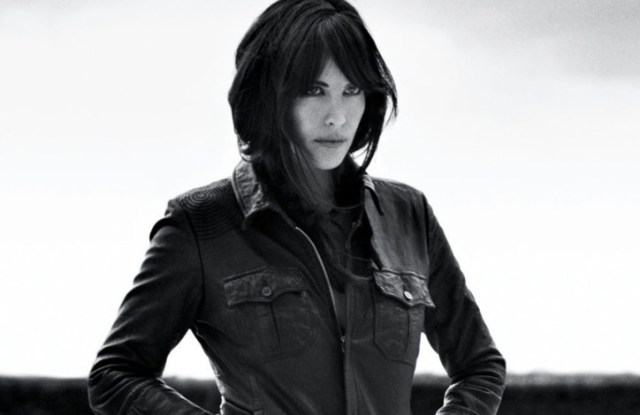 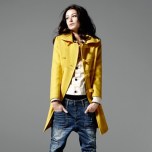 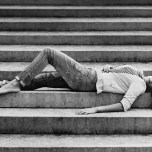 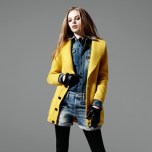 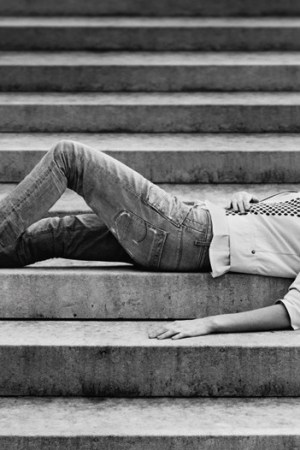 Liv Tyler will be featured in the G-Star spring and fall campaigns. 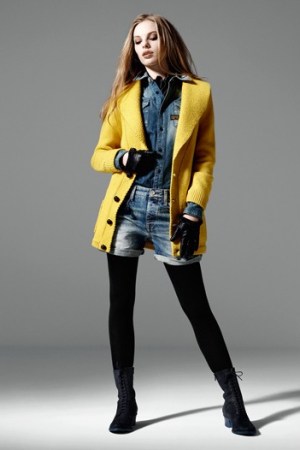 A look from Raw Essentials.

The Dutch denim label has made slow and steady progress since committing to the U.S. market in a big way in 2004, but executives believe the time is right to get more aggressive on several fronts. In addition to pushing out branded stores into key metropolitan areas, management is embarking on global initiatives to put an even stronger stamp on the denim category and to boost its business in the women’s market.

“We want to expand from 12 monobrand stores in the U.S. to 50, which falls in line with [the company’s] global expansion plan to go from 200 to 750,” said Stuart Millar, executive vice president of North America, during an interview at G-Star’s SoHo offices in Manhattan.

The company hopes to achieve its goal by 2015 and is targeting 20 major U.S. markets where it will look to open stores ranging in size from 2,000 to 2,500 square feet. Millar said opening a larger U.S. flagship is a possibility, but not a priority.

“We want flagships and we will have flagships, but right now we need to build towards this goal of 50 stores,” said Millar.

The expansion effort brings G-Star in line with other major brands and competitors like True Religion and VF Corp.’s Seven For All Mankind that have made opening branded stores a linchpin of their growth strategy. But G-Star’s strategy differs in one key respect — the stores will be franchised.

“We look for strong partners,” said Millar. “Ideally, we’d like one partner per metropolitan area, so we look for the strongest partner with a good level of local knowledge to compliment our wholesale knowledge.”

“Just common sense suggests that when you’re operating at a global level across multiple regions, the other guy who is the expert in New York, he’s going to know more than you,” said Ray. “It’s just a smart way to utilize local knowledge.”

Millar said the franchise model has already proven itself with the 12 stores currently operating in the U.S. Those stores are run by only three partners.

“The model works, which has given us the comfort to know that we can push ahead and quite aggressively,” said Millar. “It’s a 400 percent increase that we want in five years.”

There’s also a recognition that the branded-store environment has proven itself to be a stronger performer compared to the brand’s sales in multibrand stores. “The market dynamic has changed,” said Ray. “If you go back five to 10 years, the impact of advertising had much higher currency. Today, that currency is lower. So, what happens is your store operates like an advert in the high street. It’s logical that our competitors and us would go into taking retail real estate a little more seriously because it’s operating as a full experience advert for the brand.”

The store campaign will be supported by global efforts to emphasize G-Star’s origins as a brand rooted in a distinctly modern-industrial take on denim. The centerpiece of the denim effort will be the fall launch of the Raw Essentials collection, a global offering Ray acknowledges will appeal to the denim fanatic. Raw Essentials will be a full collection of items including jeans, tops, jackets and sweatpants ranging in price from $300 to $600. The line will feature high-end styling and details like leather waistbands, tailored looks and repairs.

“The idea is to have a principle for our designers of no-limits denim,” said Ray. “So, how far can you push denim?”

It’s also an attempt to clarify G-Star’s brand image. The brand has put on highly produced runway shows during New York Fashion Week for the past five seasons, but Ray wants to be clear about the reasons behind it.

“We don’t want there to be any confusion that we’re positioned like a fashion brand because we’re not. We’re a denim brand,” said Ray. “We’re a denim brand that happened to show at New York Fashion Week because we believe it’s a platform into America.”

Achieving growth in the U.S. and abroad, regardless of store count, will hinge on capturing more of the women’s market. Millar and Ray said men’s wear represents about 70 percent of the business, which totaled approximately $1.1 billion in 2008. Within the next several years, the company would like to see that ratio brought down closer to 60/40.

To support that effort, G-Star will introduce an ad campaign featuring actress Liv Tyler for the next two seasons. The campaign is the continuation of a move G-Star made last spring, when it introduced a campaign shot by Dutch director and photographer Anton Corbijn featuring the actors Toby Kebbell and Alexandra Maria Lara. The campaign was a departure from earlier advertising that had featured models in stark black-and-white settings. However, Tyler, also shot by Corbijn, will be the sole focus for spring.

“We believe that she has a level of sensuality and this is very important for how we want to position G-Star within the women’s context,” said Ray, adding that the shots will emphasize a denim lifestyle rather than high fashion. “We’re serious about the women’s business. We’ve gone totally dedicated to a female-focused campaign.”

That said, an as yet to be named male counterpart will join Tyler for the fall campaign.