The denim brand's first single-gender store is set to open in Amsterdam in September. 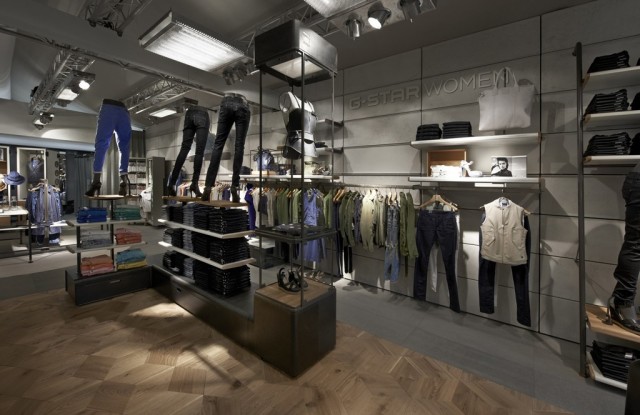 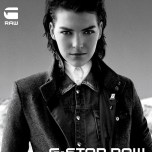 G-Star Raw is taking its monobrand retail concept in a single-gender direction.

The Dutch denim brand said Wednesday that it will open its first women’s-only store, called G-Star Women and located on the Leidsestraat in Amsterdam, this September. According to Camiel Slaats, commercial director of the firm, G-Star expects to have 30 such stores in operation by the end of 2013, with units to follow elsewhere in Europe as well as in North America and Asia. The Amsterdam unit will be just more than 1,300 square feet.

The company currently has about 320 monobrand stores, all of them housing men’s and women’s merchandise, globally. The vast majority are operated under franchise arrangements and the first women’s store will be no exception. The franchisee in Amsterdam will be Coster, which also operates monobrand stores for G-Star in the Dutch cities of Leiden and Nijmegen. The new store will be in close proximity to the existing G-Star dual-gender store in the Dutch capital.

“Coster has a long and successful history in retailing in the Netherlands and is well equipped to open the first G-Star women’s store,” Slaats said.

In both its overall volume and the merchandise mix of its stores, G-Star skews a bit more heavily toward men’s merchandise, with most monobrand stores about 60 percent men’s. The monobrand stores are designed not only to help build the women’s side of the business but also to meet the more exacting fit and fashion demands of women with more intensive service. Conceived and designed by the company’s design and development department with the help of its women’s designers, the unit will emphasize functional design, including heavy concrete panels in white with rounded edges, long curtains in heavy industrial fabrics and leather detailing.

In addition to its monobrand stores, G-Star is carried at more than 6,500 points of sale in 65 countries. Although privately held, its worldwide revenues are reported to be over $1.1 billion.

G-Star disclosed the new concept on Wednesday as the Bread & Butter market began its three-day run at the Airport Berlin-Tempelhof in Berlin. Concurrently, the company shared its advertising campaign for fall-winter 2012-2013. In May, it disclosed that actor/musician Caleb Landry Jones would be its male model, and Wednesday it revealed that its female face would be model Arizona Muse.

Shubhankar Ray, global brand director of G-Star, said that the model “has become her name, being today’s muse of fashion. With her standout presence and distinctive look, we felt she was a raw and real character to feature in our new campaign photographed by Anton Corbijn.” Corbijn has been behind the camera for numerous G-Star campaigns, including the current flight featuring Clémence Poésy and Vincent Gallo.

On the other side of the Atlantic, G-Star proceeded with plans to expand its U.S. store count to 15 when it opens an 1,800-square-foot unit at 160 Newberry Street in Boston on July 20. The opening will end a two-year absence in Boston for G-Star, which had previously operated a store for five years, until May 2010, at 348 Newberry Street.

“Our experience in Boston tells us that we can expect a strong contribution from jackets and denim, with roughly 30 percent of turnover being driven through women’s wear and 70 percent through men’s wear,” said Stuart Millar, chief executive officer, North America, for G-Star.

The company plans to open a unit in Miami in December and is negotiating for another unit in North America as well. The additional stores would mark the company’s 18th and 19th in North America this year, matching its earlier projections for the continent. It expects to have 62 units in operation by the end of 2015.