Canadian firm becomes the “core licensee” for the brand it started in 1985, and royalties from Buffalo and other licensees will flow into a new joint venture. 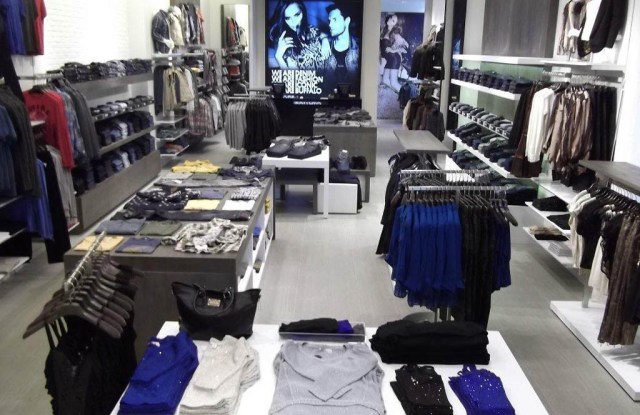 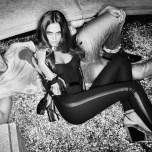 It just might speed the development of the rest of the Iconix portfolio in Buffalo’s homeland of Canada, too, Neil Cole, chief executive officer of Iconix, told WWD.

New York-based Iconix said Monday it paid $76.5 million in cash to Montreal-based Buffalo International ULC for a 51 percent stake in the Buffalo David Bitton brand, which will now be housed in a venture formed by the two companies to accommodate the acquisition.

The Canadian firm becomes the “core licensee” for the brand it started in 1985, and royalties from Buffalo and other licensees will flow into the joint venture. Although the number of licensees is expected to expand in the new relationship with Iconix, they currently cover only the U.S. and Canada and consist of The Levy Group for outerwear, Swank Inc. for accessories and Colors in Optics Ltd. for eyewear.

Asked if he was looking to fill a gap in the Iconix portfolio with an upscale denim label, Cole brushed aside conversation about categories and classifications.

“We don’t focus on ‘white spaces,’” he said in an interview with WWD. “We look for great iconic trademarks that we can take around the world and to which we can add value. With our relationships in China, India, South America and elsewhere, we see tremendous upside to the brand.”

Gabriel Bitton, ceo of Buffalo International, said he looked forward to “Iconix’s strong and proven global platform” helping “to grow Buffalo to the next level.”

While ample opportunities remain in North America, growth will most certainly focus on the international arena, which Buffalo has explored only through limited wholesaling activities and which could be well supported by enhancements Iconix has made to its global footprint in recent years. The brand management firm formed Iconix China as a joint venture with Silas Chou’s Novel Fashion Brands Ltd. in 2008, followed by a JV in Latin America with the Falic Group in 2009 and, last February, a similar entity in India with Reliance Brands Ltd.

“Buffalo is a lifestyle brand that hasn’t done a lot of licensing, so there are a lot of great opportunities in a lot of categories, starting in North America,” Cole said. “U.S. expansion is an important part of where we could go, but the expansion possibilities apply pretty much around the world, including the joint ventures that are already a part of our platform.

“We’ve been talking to Gabriel and his team,” he continued, “and we’re discussing ways they could help us with our portfolio in Canada as well. They have a tremendous organization in place in their home market.”

Numerous Iconix brands have a direct-to-retail licensing model — Mudd and Candie’s are exclusive to Kohl’s, Op to Wal-Mart and Madonna’s Material Girl brand exclusive to Macy’s — but Buffalo, like the Ed Hardy and Rampage brands, will continue to pursue multiple wholesale accounts. Macy’s, Dillard’s and Lord & Taylor are among the largest customers of a business that last year generated about $125 million in revenues, according to market estimates, through wholesale activities, 29 stores in Canada and one in the U.S., a 4,000-square-foot unit that opened in New York’s SoHo district last year. The company also conducts e-commerce at buffalojeans.com.

Buffalo has a secondary brand, I Jeans by Buffalo, which is sold exclusively at J.C. Penney stores and isn’t included in the transaction.

Iconix expects the brand to generate about $25 million in annual royalty revenue and yield between 75 and 80 percent of that figure in earnings before interest, taxes, depreciation and amortization.

Based on the acquisition and a lower number of common shares outstanding because of share repurchases, Iconix raised its full-year earnings guidance to a range of $1.90 to $2 from its previous range of $1.75 to $1.85. The new guidance implies fourth-quarter earnings of 75 to 85 cents a diluted share.