Volume makers are taking a bullish approach to style and innovation in 2012 as demand for fashion jeans enters the mainstream. 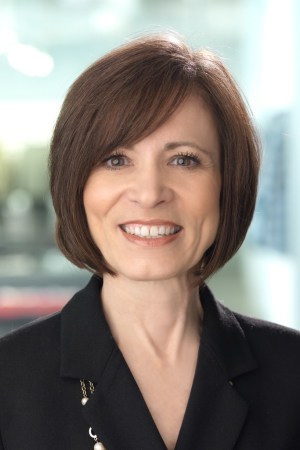 Demand for fashion jeans is expanding beyond the premium market and right into the mainstream.

Key factors influencing the demand include higher prices for commodities as well as the power of the premium market to drive trends.

While premium jeans companies such as J Brand and True Religion continue to set the fashion pace in the denim world — with a broader range of colors, silhouettes and fits — the firms focused on more moderate price points were forced to elevate their prices this year because of escalating costs for cotton, labor and transportation, and now are under greater pressure to provide more fashion looks and greater detailing.

For mainstream brands, that means a sharper focus on nonindigo colors, a trend that caught on more strongly than expected earlier this year, and greater emphasis on novelty pocket and stitching treatments, stretch and fit. Vendors are finding that the increases they are trying to pass along to retailers — and consumers — are more palatable when there’s a fashion story to be told.

“There’s certainly price resistance among lower-income shoppers,” said Angelo LaGrega, president of VF Jeanswear Americas, the VF Corp. unit that markets Lee and Wrangler in the region. “In the midtier, though, we can get the higher price as long as we can catch consumers’ eyes and delight them. The consumer is buying more now because they want it rather than because they need it. You have to give them merchandise they want to have.”

That’s translated into healthy gains in sales for the Lee brand, focused on midtier stores, as market share for Lee women’s jeans has topped 20 percent after sitting at about 13 percent five years ago, and dollar volume is up in the high-single digits on a more modest unit improvement. “There’s more segmentation now and less homogenization,” LaGrega said, giving much of the credit for recent growth to Lee’s Fit Solutions program. “It’s a real sweet spot between ‘not your mother’s jean’ and ‘not your daughter’s jean.’ ”

Scott Baxter, Greensboro, N.C.-based VF’s vice president and group president of VF Jeanswear Americas and Imagewear, noted that an emphasis on stretch is a major component of the fit story, with high stretch and improved recovery helping to minimize buyer’s remorse. “There’s also a lot of color coming into the Lee line — not just yellows and reds but also deeper colors like browns and golds for next fall,” he said. “Combine that with stretch and just a blingier, dressier approach, and you can sell to even a more discerning customer.”

In a highly bifurcated market, jeans have been more so than most categories.

While data about the very upper end of the market — the one frequented by the premium brands — isn’t available, the numbers provided by The NPD Group of Port Washington, N.Y., strongly suggest an upward migration in price. Overall women’s jeans sales rose 3.2 percent during the 12 months ended in September, to $8.65 billion, even as units slipped 2.7 percent to 360.1 million. That lifted the average price 3.5 percent to $23.38 from $22.58 in the preceding 12-month period.

Helen McCluskey, chief operating officer of The Warnaco Group Inc., said, “Our denim business in department stores is actually up right now. There was a bit of a shift away from denim, but now the denim portion is coming back up.” Several weeks earlier, she’d told investors on a quarterly conference call that the “men’s jeans business is performing well and we’re seeing improvement in women’s.”

Key to Warnaco’s recent pickup, as well as its 2012 strategy, is the Power Stretch program launched for fall and due for substantial expansion, with first-half shipments expected to hit $20 million. Power Stretch combines stretch characteristics with a wide array of colors, the first time the two attributes have been combined, and, moving into 2012, a broader range of silhouettes, too.

“The colored denim trend has been out there in the more contemporary brands,” the Warnaco official said. “This is coming out at a more popular price point — $59 to $69. We expect this to be a good replenishment business for us, more so than a lot of our fashion denim. This is one more initiative about generating some real excitement and making a splash on the floor. In women’s in particular, it’s about product that makes you happy when you walk through a store, and makes you want to buy it.”

Vendors expect the third quarter of 2012 to be the first in which they will be working with cotton prices that are lower than those they’d been paying a year earlier, and the expectation around the market, as at Warnaco, is that prices will hold fairly steady. But that wasn’t the case going into 2011.

“Our theory about prices was that we would raise them a little bit and make a little bit less,” said Michael Silver, president of Winnipeg-based Silver Jeans Co., “and we figured that stores would be a bit less aggressive on [initial markup]. We found that there was a ceiling — you could go to a certain level of pricing, and then you’d encounter push-back. What’s happening now is that we’re beginning to see moderation in pricing, and the question we ask, but not out loud, is whether we reduce prices or not.”

Silver pointed out that the spate of cotton increases last year ended a string of about 20 years in which there’d been nothing but deflation in the denim market, and most of the rest of apparel, and that he’ll hold on to any of the benefits to be derived from lower cotton costs in the back half of 2012.

Focusing on retail price points starting at about $80, and doing much of its business in the central portions of the U.S. and Canada, Silver has been incorporating trends such as color, principally red, into the line, but has taken it slowly, as many of its customers are still in the process of integrating the skinny silhouette into their wardrobes.

“I couldn’t sell skinny in the Midwest two years ago, but now I can, because that customer understands tall boots,” he said. “My average consumer, who isn’t necessarily hanging on the words coming off the runway, is embracing skinny and darker washes. Color may be somewhat important, but I’m probably going to sell more shorts and capris next year than I will colored jeans.”

But a slower fashion cycle has permitted Silver to do more with quintessential jeans treatments, such as various shades of indigo, pocket treatments and stitching. “The premium people hit a bump because there was too much product without enough significant change,” Silver said. “My goal wasn’t to offer a premium jean at a lower price but to always offer a product that had stuff on it to make it look like value. Our customers live in denim — they wear it to work, to school and at home — and we made sure we always gave them a value element in the product, even if it wasn’t something that was necessarily aggressive from a fashion standpoint.”

He noted that while fashion elements certainly caught on at the premium end of the market and, in pockets, at more moderate prices, they weren’t the impetus for increases he saw during the year, when sales moved ahead. And he emphasized that large accounts, such as The Buckle, saw strength in denim that often diverged from the more fashion-forward trends that resonated in larger markets on the East and West Coasts.

The premium brands that have withstood the test of time in recent years have moved on to new trends, with J Brand frequently cited both for its move into sportswear and its success with its side-pocket cargo. “The well-heeled customer has come back to premium denim after taking a break when things got a bit predictable,” said analyst Janet Kloppenburg, president of JJK Research in Scarsdale, N.Y. “That customer is almost in a replenishment cycle, because she hadn’t paid for denim in a while. Now there’s new fashion out there in flares, colors and different rises.”

With prices going up anyway and more fashion at the mainstream level, “we’re finding specialty stores are able to get away with slightly higher price points. Aéropostale has stayed cheap, but Abercrombie and American Eagle and Express are putting out great jeans at higher price points than they used to be able to sell. The consumption of newness has grown. Customers see where the top guys are selling, and it’s made it easier to go a little higher, as long as you have good-looking jeans. The customer — and I guess this applies to all customers — is going for a better-quality jean at better prices. As for the moderate customer who hadn’t bought for a while, she wants a new finish and a new look and will spend more for it. You can see from the sales data — she’s already got the all-important handbag, and she’s bought a dress, and she’s ready to replenish on the denim side.”

Christine Chen, equity analyst at Needham & Co., cited denim and dresses as the two categories that have performed the best within the women’s sector of the apparel market, and she cautioned that store performance so far in November has been “tough for most.” She expects not only a moderation in year-over-year cotton prices in the back half of the year, but also more flexibility among manufacturers in China who could have excess capacity up for grabs.

Chen believes that one of the challenges of 2012 will be to get the tops market in sync with the changing looks in bottoms, and that goes for skirts as well as jeans and slacks. “There’s been a change in bottoms, whether you look at color or silhouette or with skirts making a bit of a move,” she said. “There’s a huge compatibility problem right now.”