Exports are helping to mitigate damage from a tough economy and provide growth opportunities in fast-expanding markets. 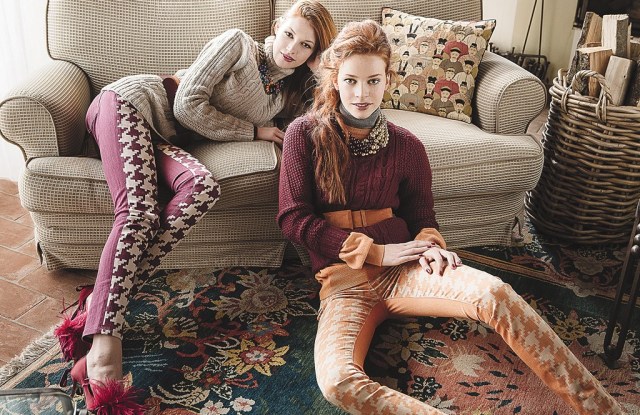 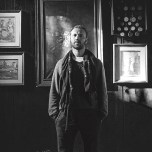 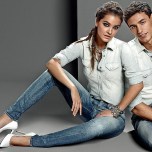 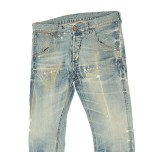 MILAN — Italian denim firms have tended to keep the business in the family, but they’re increasingly looking outside their country’s borders for sales opportunities to offset improving, but still tough, market conditions.

From beefing up sales staff outside Italy to promoting domestic manufacturing, they’ve been actively courting customers beyond national borders.

Alberto Candiani, global manager of Candiani SpA, is part of the fourth generation of a family with a long history in denim. He said exports account for 83 percent of the firm’s sales.

“Over the last 20 years, the relationship between the domestic and foreign markets has been turned upside down,” Candiani said. “In the Eighties, we barely exported anything. In the Nineties, we started with an initial 20 percent and then went up to 50 percent toward the year 2000,” adding that the current ratio has been stable for the past five years.

The company recently changed its moniker to make the Candiani name more of a brand. It has also implemented new sales forces in Germany and Turkey and is “still assessing the potential of the Far East,” Candiani said. Overall, the firm’s biggest markets are the European Union, Egypt, Tunisia, Morocco and Turkey, although the U.S. is also a key region, and Candiani said South America and Eastern Europe are becoming more important.

A similar pattern is being played out at other denim-focused firms in Italy. Despite weakness in world denim markets, exports of jeans produced in Italy last year grew 5.6 percent to more than 727.8 million euros, or $966.5 million at average exchange, with Germany the leading recipient, accounting for 15.2 percent of the total, and 29.6 percent of that amount destined for markets outside the EU, according to data from Sistema Moda Italia based on figures from Istat, the Italian statistics bureau. While exports of men’s jeans were up slightly, women’s rose 13.4 percent.

Exports of denim pulled back slightly, down 2.9 percent to a value of 190.7 million euros, or $253.2 million. Countries outside the EU accounted for 71.4 percent of exports, led by Tunisia, which was responsible for 27.4 percent of the total, followed by Turkey, Romania, Morocco, the U.S. and Germany.

At Martelli Lavorazioni Tessili, an Imola-based group specializing in denim dyeing and laundering, 60 percent of business is domestic and 40 percent foreign.

“In the past, we worked more in our own country, but the [sovereign debt] crisis of the past few years generated a drop that affected both the volume of production and the relative margins,” said general manager Giovanni Petrin. “Abroad, things are going better. The volume of production is higher and the demand is greater.”

Martelli recently upped its stake — to 100 percent from 60 — in Martelli Gonser, now called Martelli Gonser Tunisia, a factory in coastal Menzel Jemil, near Bizerte, Tunisia, that handles denim laundering, dyeing, ironing and special effects. This decision stemmed from a desire to offer “a more complete and efficient service to the many medium- to high-position brands that manufacture” in the area, Petrin said. Martelli also has plants in Morocco, Turkey and Romania.

Claudio Grotto, founder and president of Grotto SpA, the company behind the Gas denim brand, said the domestic market used to account for the lion’s share of his firm’s sales, although the company was quick to enter Germany, which has remained important. While it has become more international, the firm has remained a family business at its core, with Grotto’s brother and two daughters on staff.

“Italy is still our top market,” he said, noting 55 percent of Gas sales are domestic and 45 percent foreign. “This year, we expect the percentage to be evenly split, if not actually higher in terms of foreign sales.”

Gas garments are divided 60 to 40 percent between women’s and men’s wear, and the company has separate licensing agreements for shoes, accessories, intimates and children’s wear.

Since 2007, Grotto said Gas, which has 135 monobrand stores worldwide, including five flagships, 50 directly owned stores and 80 franchises, reworked its strategy to place greater emphasis on the development of sales outside Italy, in newer-market countries such as Japan, China, Russia and India, which was steadily on the rise and landed its own subsidiary in 2010.

India now has 43 Gas sales points, including in-store and airport shops, with a flagship slated to open in Mumbai, joining units in New Delhi and Pune.

“We are trying to cover all the major cities” in India, Grotto said, adding that Gas has adapted to local needs by producing garments in lighter fabrics since the Indian climate is so hot. By the end of the year, India could be the company’s third- or fourth-largest market, said Grotto.

After Italy, Japan, which has had its own Tokyo-based subsidiary since 2005, is Gas’ second-largest market, accounting for 10 percent of annual sales, which hit 100 million euros, or about $139 million at current exchange, in 2013.

Despite the challenging economic climate, new Italian brands have emerged. MPJ, short for My Pair of Jeans, made its debut last year, using technology and designs from Bergamo-based textiles company Gruppo Pezzoli as a springboard for denim with elaborate, colorful prints.

In addition to developing e-commerce, Pezzoli said the brand is wrapping up negotiations with distributors in Hong Kong and that South Korea, China and Japan were also on the agenda. MPJ is targeting Asia because many consumers there are drawn to Italian quality, Pezzoli said, as well as to “eccentric, colorful and very fanciful” products, adding, “They’re very daring in their looks and are always up-to-date on the most creative fashions.”

Emphasizing product origin and the quality of Italian denim is a recurrent strategy even for long-established companies. In mid-April, the European Parliament voted overwhelmingly in favor of new regulations that would mandate origin labels on consumer goods sold in the EU, a move that was met with wide support across the Italian fashion industry.

“Traceability is increasingly important in fashion as in other industries, and since today technology makes it more accessible, there are no excuses not to put it into practice,” Petrin said. “I think this is true for every textile and every fiber, from cashmere to cotton to denim. We feel particularly strongly about this. It’s a question of respect for consumers and in many cases also for the environment, because it allows [people] to understand exactly where and how resources are used.”

“Better late than never,” said Candiani, in reference to the many years EU members of Parliament spent arguing over labeling laws. He added: “Consumers need to be sensitized more about the origin and traceability of the products they wear through social and educational campaigns, sort of like what happens with food.”

Candiani offers all clients a small label that can be applied inside denim trousers that specifies the origin of the cloth.

“In conjunction with our 75th anniversary [in 2013], we also launched the ‘Golden Rivet,’ where…[we fix] a golden rivet on a more select number of garments,” certifying their origin and high quality, said Candiani.

“At first, we worked almost exclusively for the Italian market,” she said, revealing that 70 percent of I.T.V.’s business is now done outside Italy.

Germany, the U.S. and Scandinavia are key regions for the firm, and stretch denim, as well as cloth that has received trendy finishings, is in high demand, Gnutti added.

Gnutti said numerous I.T.V. clients, in particular from northern Europe, have been interested in placing labels inside garments that reveal the manufacturer’s name and give consumers greater confidence in the quality of their denim. I.T.V. has also focused on providing rapid product turnaround and “made-to-measure” client service to stay competitive, Gnutti said.

While Petrin said the Italian market was still flat, he stressed its potential.

“Interest in our country never went away, but not much is done to reassure companies and convince them to invest,” he added.