J. Crew will have something to offer the most diehard of denim aficionados next month. 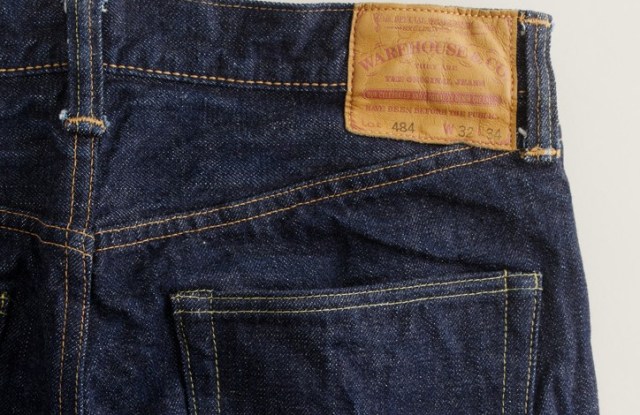 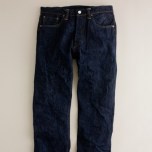 NEW YORK — J. Crew will have something to offer the most diehard of denim aficionados next month.

This story first appeared in the April 8, 2010 issue of WWD. Subscribe Today.

The retailer has collaborated with Japanese selvedge denim label Warehouse on an exclusive men’s style that will sell for $300 on its Web site, and at its Men’s Shop and Liquor Store locations here. The style’s name, Lot 484 jean by Warehouse for J. Crew, is a nod to the address of the Men’s Shop at 484 Broadway.

“I haven’t been able to take them off since,” said Muytjens of the pair he purchased.

The Lot 484 will be made using Warehouse’s 14-ounce selvedge denim. The fabric is composed entirely of Memphis-grown cotton that has been woven and dyed in Japan. Muytjens described the fit as lying between J. Crew’s 484 slim and a Levi’s 501. The jeans will be nearly untreated, as well, having been given only a light rinse.

“It’s just a rinse to take the shrink of it out,” said Muytjens. “You have to do the work yourself. You have to wear it, but they fade really beautifully and quickly.”

J. Crew is also making efforts to maintain the Warehouse DNA in the product. Details such as steel rivets and fly buttons that will eventually rust and are traditionally found on Warehouse jeans will remain on the Lot 484. As with Warehouse jeans, all Lot 484s will come in a 34-inch inseam. Stores will offer alterations but will take several days, because J. Crew plans to use a Union Special 43200 chain stitch machine, a rarely found machine developed expressly for altering denim.

“It’s small and special,” said Muytjens of the collaboration. “It definitely has a cult connotation to it. Not many people know Warehouse outside of Asia, so it’s unique.”

J. Crew has engaged in several collaborations and partnerships with other labels as of late. Muytjens partnered with Levi Strauss & Co. for a project introduced in February. He was granted access to the Levi’s archives and worked with the Levi’s staff to develop four exclusive washes for two styles of J. Crew’s selvedge jeans and two nonselvedge styles. All styles featured the Levi’s logo and a stamp on the inside pocket reading “Made Exclusively for J. Crew.” For fall, the retailer will launch a slim-fit 511 jean followed by the holiday release of a “super-destroyed” selvedge style that will retail for $178.

“We thought it was a good idea to seek brands like these out,” he said. “They do what they do best, and no one can copy them. It’s about heritage and authenticity.”